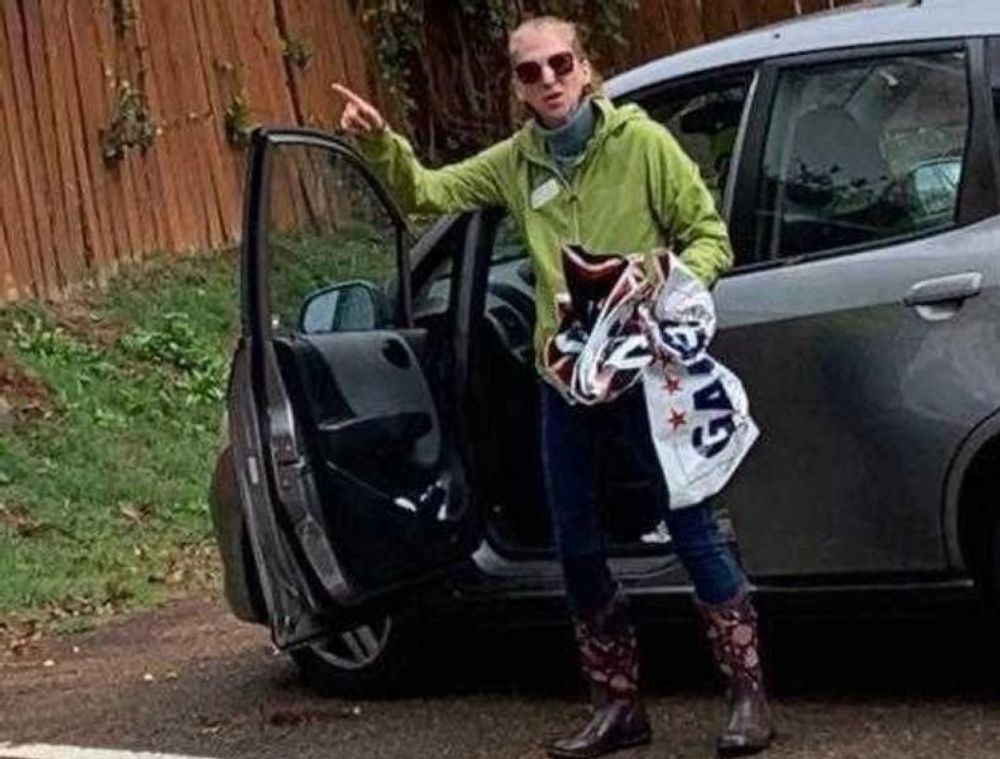 The managing editor of ethics and environment at the University of Georgia’s Department of Philosophy, who also serves as a local commissioner, allegedly destroyed the yard signs of two state GOP candidates on Tuesday morning.

The employee, Melissa Link, addressed the incident on Facebook, inviting others to take part and bashing Republicans.

Link has served her community since the early 2000s as a member of a number of local committees and authorities, according to her official city profile.

The ethics editor has not shied away from vocalizing her support for Democrat causes and initiatives. She is an avid supporter of the Democratic nominee for Georgia governor, Stacey Abrams, and a local activist, according to her Facebook page.

Following a wave of social media attention surrounding Link’s actions on the day of the midterms, the UGA employee took to her Facebook page to address the images.

“It is illegal to place political signs in the public right-of-way—along roadsides, medians, & in the strip of grass between the sidewalk & road,” Link began.

“If you see these [signs], please call ACC Code Enforcement at 706-613-3790 or feel free to rip them up yourself for proper disposal because they are considered litter," she continued. "Republican campaigns are infamous for lining roadsides near polling places with signs in the wee hours of the morning. This is illegal but not unexpected, they know they can’t win without cheating.”

The latest version of the Athens-Clarke County Municipal Code, specifically Sec. 7-4-7(13), which mentions “election signs,” does not address the issue of signs in the right-of-way, as mentioned by Commissioner Link. Rather, the procedure for removing these signs can be found in the Official Code of Georgia Annotated. In OCGA § 32-6-51(c), only “officials having jurisdiction of the public road” “may order the removal of such structure by written notice to the owner of the structure or the owner of the land on which the structure is located.”

Campus Reform reached out to Link for comment via phone and email but did not receive a response in time for publication.

When asked about the photos of Link, Athens-Clarke County Mayor Nancy Denson said that she did not feel comfortable commenting on Link’s actions.