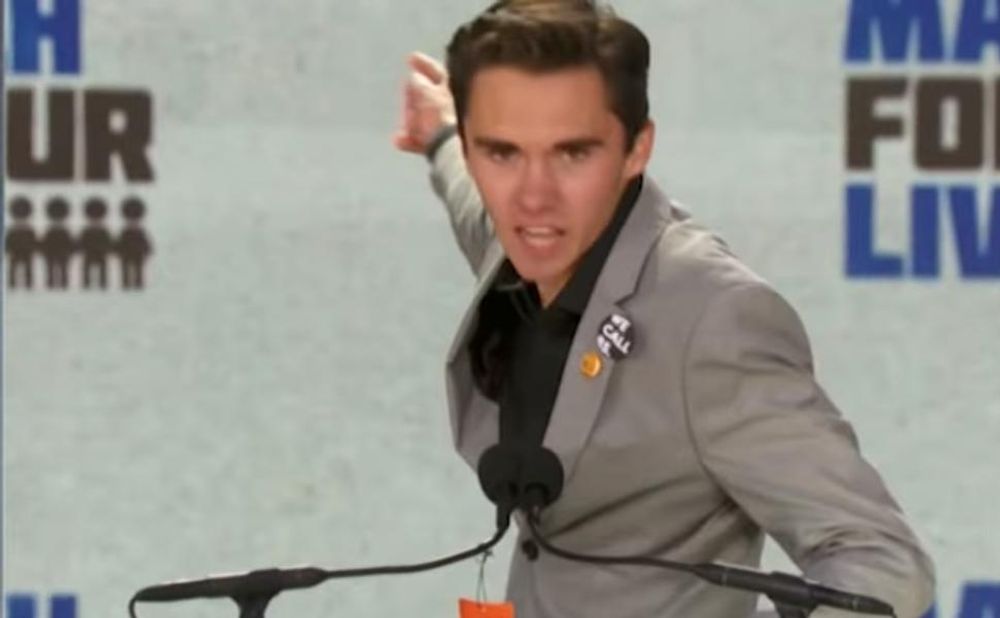 Southern Connecticut State University is currently hosting a “Social Justice Month” throughout the month of November to inspire students with “awareness,” “knowledge,” and “action” by inviting gun control advocate David Hogg, as well as by hosting seminars on racial and gender privilege.

Throughout the month of November, SCSU is hosting dozens of social justice events focused on masculinity, cisgender privilege, LGBTQ+ communities, immigration, and racial justice. In addition to these events, the school is also promoting David Hogg, March for Our Lives co-founder and activist, and his "inspiring message" for one of its "signature events.

Hogg is being hosted on Tuesday to discuss how “grassroots activism and social media mastery have mobilized millions of young people to find their voice, speak out and engage in change.” The college does not appear to offer a pro-Second Amendment or gun rights perspective during the month-long social justice event.

Students are also invited to create “zines," a form of poster or flyer, to share their “message of dissent, protest, or vision for hope” with their friends or legislator. Other events during Social Justice Month include utilizing food and art with “diversity cupcake” decorating and an egg decorating event to display “how the eggs are different on the outside but on the inside are the same.” Students also have the opportunity to engage in “diversity painting” with colors that correspond with their identity groups.

Several events promote the importance of social justice in education, inviting speakers to discuss “why teachers must be activists” and how to promote social justice in K-12 schools through policy and leadership.

SCSU hosted an “Expressions of Social Justice Talent Show” as another “signature event" on Nov. 7, where students “perform[ed] poetry, songs, dances” to comment on “critical topics of diversity and social justice.”

Juuls and tobacco products display disparities “across groups defined by race, ethnicity, [and] socioeconomic status,” according to the university, which offered students a free flash drive and gift card in exchange for handing over their tobacco products.

“As an institution committed to dignity, respect, compassion, kindness, and civility, Southern views Social Justice Month as an important opportunity to further our learning and understanding to challenge injustice, value diversity, and create a climate of inclusion,” the event page states.

Southern Connecticut State University spokesman Patrick Dilger told Campus Reform in a statement the university designated about $25,000 for Social Justice Month, which includes Hogg's appearance. Dilger stated that he would get back to Campus Reform regarding how much Hogg, specifically, is being paid.

Dilger added that "the only time student fees are used for programming during this month are for activities hosted by student clubs and organizations." Hogg's appearance is being hosted by the college itself, rather than a student group.

"It's the prerogative of the event organizers to invite any speakers they’d like. However, if a university only invites speakers from one side of an issue, this is a missed opportunity for attendees – and participants! – to hear from a broad spectrum of viewpoints on a highly contentious topic and to make up their minds for themselves," Neily said.

"When strongly-held views are challenged by an opposing position in a well-reasoned, effective manner, people are able to both reevaluate their original positions as well as to adapt and revise their arguments to better address their opponents’ points – both of which are critical steps in the pursuit of truth," Neily added.

The Speech First founder suggested how SCSU could balance the discussion.

"Just imagine how productive a debate between David Hogg and Kyle Kashuv could be – survivors of the same tragic shooting in Parkland who emerged as activists on opposite sides of the Second Amendment debate," she said.

Campus Reform asked Kashuv if SCSU invited him to speak at the event. Kashuv replied, "not that I'm aware of."