The Title IX coordinator said in a statement that requiring sexual assault accusers to be cross-examined is "unnecessary" and "intimidating."

The right to cross-examine one's accuser is a right that is outlined in the Sixth Amendment of the U.S. Constitution. 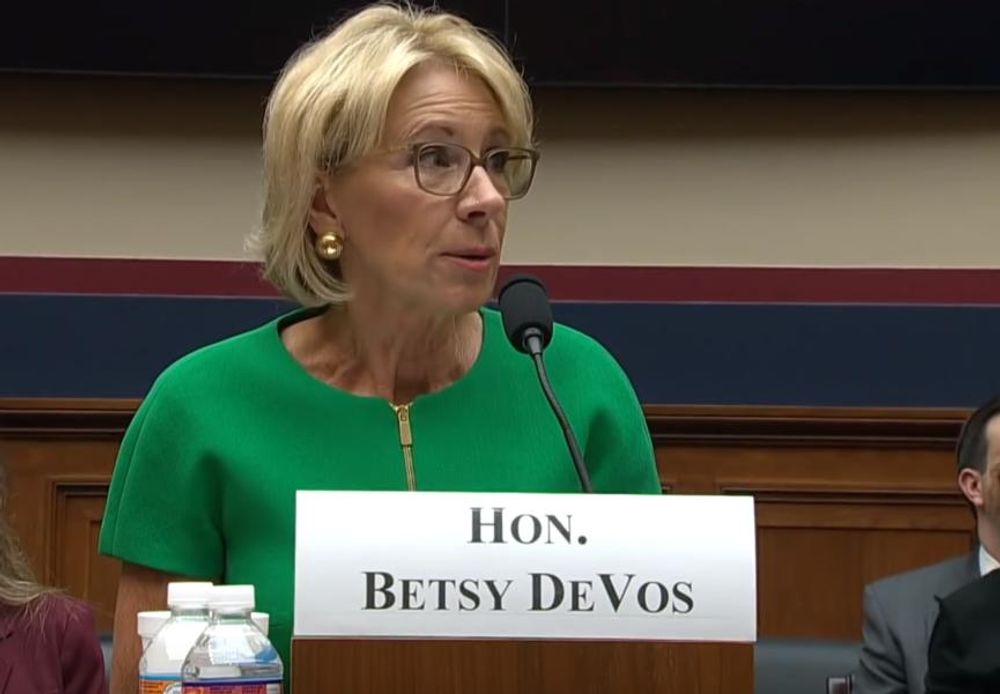 The University of California system has taken a stance against the Trump administration's proposed Title IX changes, stating that it is “troubled” about certain portions of the change, despite those changes ensuring the cross-examination of sexual assault accusers, a right afforded by the Sixth Amendment to the U.S. Constitution.

According to the Sixth Amendment, "the accused shall enjoy the right to a speedy and public trial, by an impartial jury of the state and district wherein the crime shall have been committed, which district shall have been previously ascertained by law, and to be informed of the nature and cause of the accusation; to be confronted with the witnesses against him; to have compulsory process for obtaining witnesses in his favor, and to have the assistance of counsel for his defense."

Education Secretary Betsy DeVos proposed widespread changes to the way in which Title IX investigations are conducted on college campuses. The changes include allowing for cross-examination, as well as limiting the scope of what is considered "sexual harassment." However, UC's Office of the President published a press release on Nov. 16, stating that the university is “troubled” by the proposed changes.

[RELATED: College heads urge Betsy DeVos to 'do everything you can' to halt proposed Title IX changes]

“The Department of Education’s (ED) proposed changes will reverse decades of well-established, hard-won progress toward equity in our nation’s schools, unravel critical protections for individuals who experience sexual harassment and undermine the very procedures designed to ensure fairness and justice," Interim Systemwide Title IX Coordinator Suzanne Taylor stated in the release. "This is yet another attack on students’ right to an educational environment free of sexual harassment."

Taylor stated that the proposed rules will “significantly weaken” the Office of Civil Rights' authority to enforce Title IX rules. She claims that the current Title IX system “already ensure[s] due process.”

“The proposed hearings would allow representatives of alleged assailants to directly cross-examine complainants, which is wholly unnecessary and inherently intimidating, especially to students making the already difficult decision to come forward,” Taylor said.

The Title IX coordinator said that limiting what constitutes sexual harassment allows some misconduct to slip away.

“The rights of the most vulnerable among us are under attack, and it is important that we continue to counter ill-advised attempts to erode important Title IX protections for all members of the community,” Taylor said. “UC remains steadfast in its commitment to combatting [sic] sexual violence through prevention, transparent and fair resolution processes, and just outcomes. The university will continue to ensure its policies and procedures protect the rights and well-being of all parties in the process.”

The Associated Students of the University of California, the student government of UC-Berkeley, said it will “mobilize students” to make comments on the proposed Title IX changes, according to the Daily Cal.

“We will be working … to coordinate our responses and solicit as many unique public comments from students as possible,” ASUC External Affairs Vice President Nuha Khalfay told the student newspaper.

The action by the student government comes more than a month after representatives of the organization went to Washington, D.C. to lobby members of Congress on Title IX issues.