The University of Massachusetts-Amherst Graduate Employee Organization is organizing a march against "white supremacy and fascism."

The labor union cites a recent appearance by former White House Press Secretary Sean Spicer as one of its reasons. 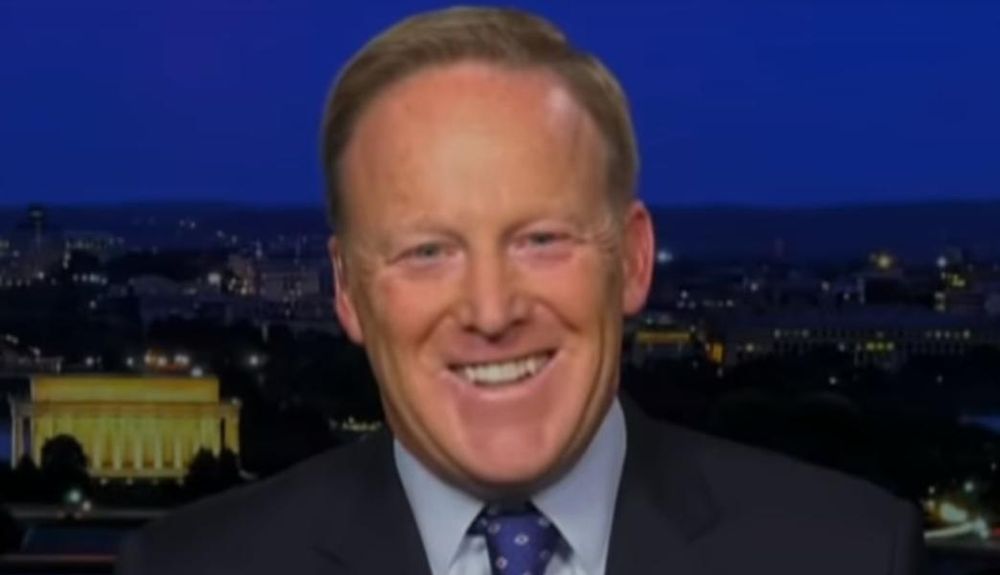 The University of Massachusetts-Amherst Graduate Employee Organization labor union is organizing a march next Thursday to "end white supremacy and fascism at UMass," citing a recent campus appearance by former White House Press Secretary Sean Spicer as part of its reasoning.

"The Graduate Employee Organization, on behalf of the UMass Amherst community at large, denounces the acts of hate and cowardice plaguing our campus in recent months," the Facebook event description reads. The post goes on to say that "these acts have included, but are not limited to...[hosting] Sean Spicer."

"Sean Spicer was invited to speak at UMass and promote himself and his white supremacist views in an academic setting, thereby seemingly 'legitimizing' such views as valid academic discourse," the event description reads.

The GEO cites other examples of "white supremacy and fascism," including "written threats," "dissemination of white nationalist propaganda," "racial profiling," and "verbal threats."

"We will not be silent witnesses to white nationalists and fascists who attempt to step foot on OUR CAMPUS," the GEO says. "We are going to make clear that this campus has NO TOLERANCE for RACISM and BIGOTRY. Those who discriminate and terrorize other people based on their race, gender, nationality, sexual orientation/sexuality or dis/abilities ARE NOT WELCOME HERE."

The union then made five separate demands of UMass-Amherst, including "abolish[ing] the ‘Anonymous Tip Line’ that targets People of Color," "sever[ing] its relationship with the Amherst Police," "document[ing] these racist/white supremacist hate crimes and treat[ing] them as such," instituting "predetermined consequences for white supremacist, xenophobic, homophobic, transphobic, ableist, acts of hate," to "stop fostering an environment where racism and fascism are protected under 'freedom of the speech [sic],'" and "creat[ing] a long-term plan to disinvest from useless neoliberal measures, such as empty campaign slogans, campus climate surveys, and faithless platitudes and invest in plans intended to powerfully tackle the problem at hand."

Nick Consolini, president of the UMass-Amherst College Republicans, reacted to the march in a statement to Campus Reform.

"They [GEO] have their First Amendment right to protest, but I wish they would engage in constructive dialogue instead," Consolini said. "At the end of the day no matter who we bring to camps they will demonize them. Anyone the Republican club brings, no matter how establishment or moderate, they will say they are a 'White Supremacist.”