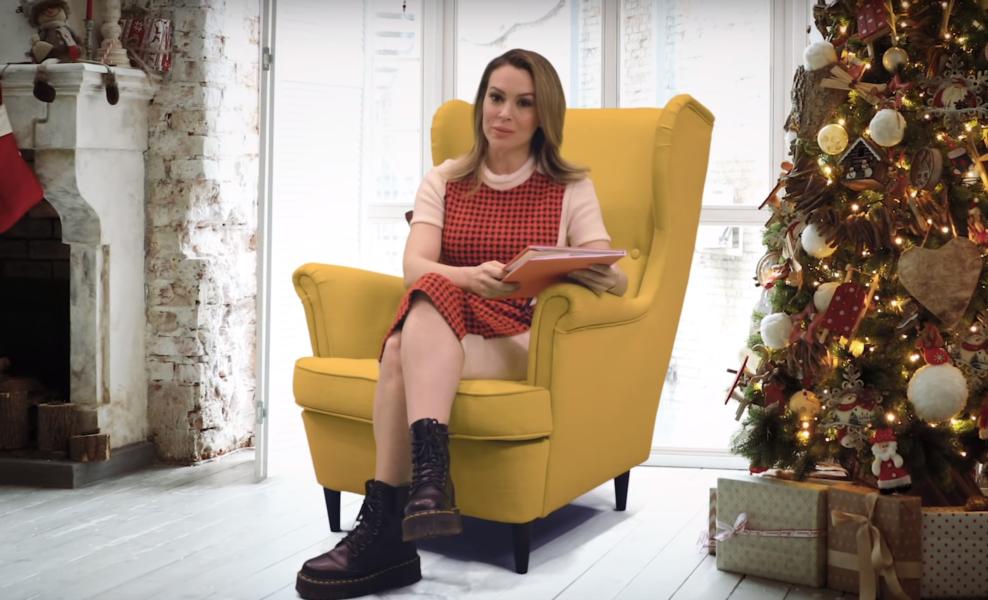 The Cosmopolitan video was set in a room displaying Christmas decorations with Christmas music playing in the background as Milano read a made-up book about DeVos’ “Shitty Gift.”

“One evening at the Department of Ed., thoughts were bouncing around Betsy DeVos’ head” and “she already cut loan aid and ignored teachers pleas, criticized public school and embarrassed herself on TV.”

The fictional book, titled “One Shitty Gift," was written in the style of a Dr. Seuss story, with rhymes such as, “One evening at the Department of Ed., thoughts were bouncing around Betsy DeVos’ head” and “she already cut loan aid and ignored teachers pleas, criticized public school and embarrassed herself on TV.”

The art in the book was reminiscent of the art style used in Dr. Seuss books.

“All night she stayed up, her mind ablaze; the shitty ideas pouring onto the page. No more investigations for off-campus rape; bars and house parties would totally be safe. The meaning of harassment she would remove; squeeze and twist until it was hard to prove.”

Milano takes issue with new proposals that narrow the definition of sexual assault, mandate live cross-examinations in sexual assault cases, and make it so that colleges are not required to address sexual assault incidents that happen off campus.

The article on Cosmopolitan, featuring the video, titled “Yes, You Can Stop Betsy DeVos's Shitty New Campus Sexual Assault Rules,” highlighted Milano’s problems with the new policy proposal and urged viewers to submit a comment regarding the proposed changes on the Education Department's website.

By law, the department must review all public comments submitted within a 60-day window.

The proposed Title IX changes under the Trump administration would not include a legal definition of "gender," limiting one's gender identity to that of the sex they are assigned at birth: either male or female. The changes would also require universities to implement a stricter process while investigating claims of sexual assault.