UNC faculty threaten not to teach over Confed statue

Protesters at the University of North Carolina-Chapel Hill tore down a Confederate statue in August.

UNC has proposed erecting a $5 million building to house the monument, which it is legally obliged to keep on campus.

Faculty and TAs who want the monument off campus entirely have threatened to withhold grades from students and not teach the first week of the spring semester. 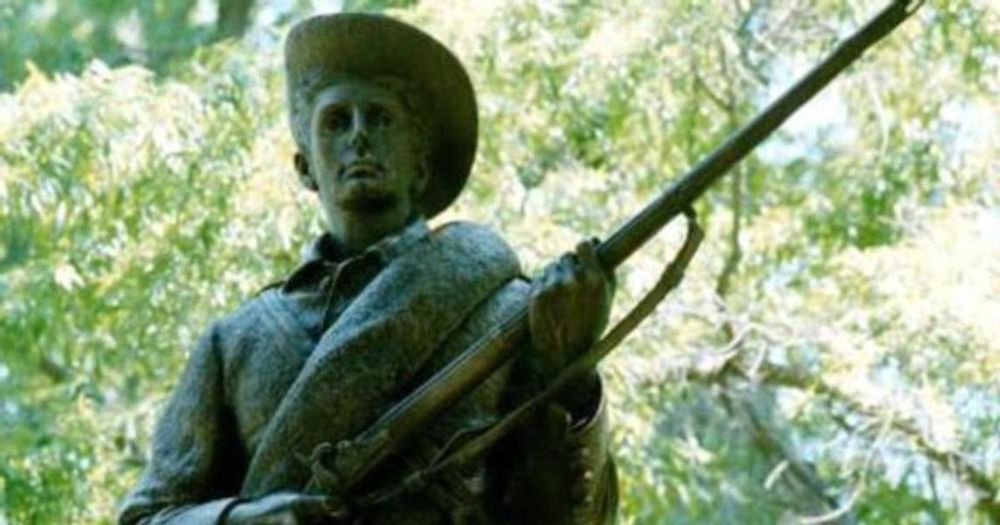 University of North Carolina-Chapel Hill faculty members are threatening not to teach during the first week of the spring semester if the school approves a proposal to house in a new $5 million building a Confederate statue torn down by protesters.

Faculty members from the UNC-CH School of Education and other departments signed a letter stating that they will not teach during the first week of the spring semester if the Board of Governors approves the Silent Sam proposal during a scheduled meeting on Dec. 14. UNC education policy Ph.D. student James Sadler tweeted out the letter.

The threat comes amid a grading strike consisting of TAs and faculty who are withholding final grades in protest of the Board of Trustees decision to approve the $5 million plan.

“[Silent Sam’s] continuing presence on our campus is contrary to our School's commitment to the transformative power of education. It is contrary to our belief, as embodied in our mission, that ‘education has the power to break down barriers, lift up individuals, and empower communities to rise and thrive,’" states the letter signed by UNC faculty and TAs.

“It is contrary to the ideas and practices that we and many of our alumni have worked to implement to dismantle the vestiges of a history that included laws forbidding slaves to learn to read or write and making it a crime for others to teach them,” the faculty continued.

The letter says that faculty from the School of Education will not teach “anywhere” on the UNC campus during the first week of the spring semester in January.

“Instead, we plan to organize sessions across campus to listen and elevate student voices and to develop strategies to help UNC live up to its founding principles of ‘light and liberty,’” the faculty state.

At publication time, more than 200 people had signed the letter, most being faculty and TAs who teach at UNC, but not only in the School of Education.

“While we believe that faculty members and graduate students should make their own decisions about how to protest the Board of Trustees plan, we support both faculty and graduate student teaching assistants who choose not to grade final exams or assignments for the 2018 Fall semester to protest the University Board of Trustees’ plan,” states the letter.

TAs and faculty participating in the grading strike have also penned an “Open Letter to Parents and Guardians of Students at UNC-Chapel Hill,” in which they attempt to explain why they are choosing not to submit any final grades.

“We believe that Silent Sam has no place on the grounds of an institution dedicated to educating North Carolina’s diverse populations. To protest the university’s plan to reinstall Silent Sam, some of us have decided not to submit grades for the Fall 2018 semester,” the letter states. “Some will say that by not submitting grades we are sacrificing some students for the wellbeing of others. University officials have responded by threatening ‘serious consequences’ against those of us who withhold our grades.”

“Educating is more than providing a grade,” the faculty and TAs assert. “At its core, educating is, quite simply, the process of facilitating learning.”

At the time of publication, nearly 300 TAs and faculty had signed onto this letter.

Erin Staley, a senator at the UNC Undergraduate Senate, told Campus Reform that she does not agree with some faculty planning not to teach during the first week of the spring semester.

“It is not appropriate for members of faculty from the school of education to not teach for the first week of the spring semester due to personal opinions,” Staley said. “UNC, the University of North Carolina, should not be concerned with striking because of partisan opinions but rather focused upon teaching — the very purpose of the university. To deprive students of their education by choosing not to teach would be counteracting the very thing that those striking are advocating for.”

Staley also criticized the TAs and faculty participating in the grading strike, calling the open letter a “ridiculous façade of an excuse.”

“The grading strike only hurts the students that the TAs and faculty are claiming to help. By not turning in grades, many students could possibly lose scholarships or even experience a delay in graduating,” the Undergraduate Senator told Campus Reform. “The letter to parents is a facade used to promote personal beliefs on campus and doesn’t truly explain why parents are seeing their child’s educators failing to complete their basic duties.”

Staley concluded by saying that the situation will probably worsen if the Board of Governors approves the Silent Sam proposal, giving the grading and teaching strikes.