Stanford CRs fire back in battle to host Dinesh D'Souza (Update: It worked!) 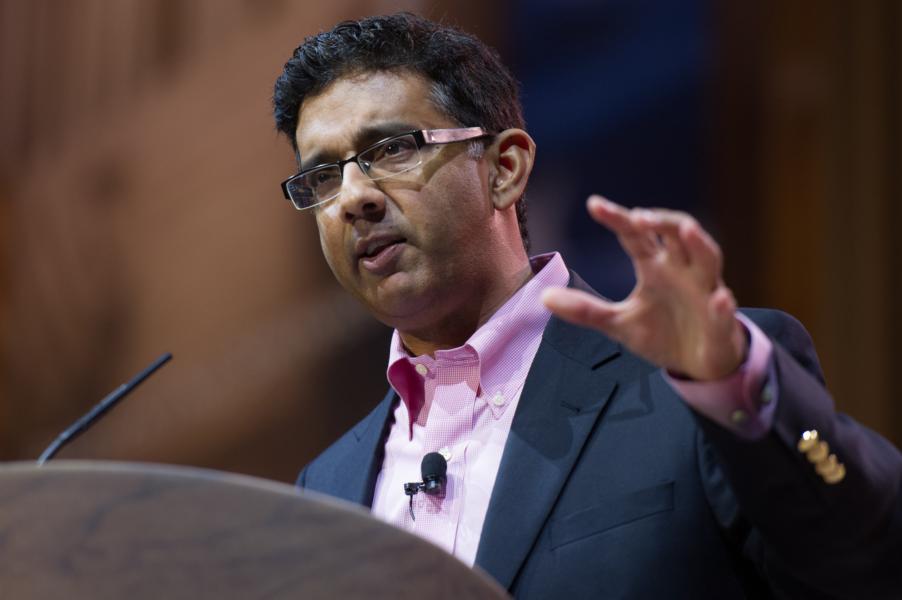 Stanford University's College Republicans chapter (SCR) has filed a Constitutional Council complaint against the school’s student senate after it declined to appropriate the group funding for a speaking event featuring conservative author and filmmaker Dinesh D’Souza.

Following the complaint, the student senate approved the requested funding for the event. The Stanford Daily reported this development after the initial publication of this article.

"the student government had clearly acted out of viewpoint discrimination, and had violated its constitution in a number of ways."

SCR filed the complaint against the Associated Students of Stanford University (ASSU) Undergraduate Senate, alleging that the senate didn’t follow its own constitution in making the initial decision to decline funding for the D’Souza event, according to the Stanford Daily. In a statement to Campus Reform, Stanford College Republicans said, “it was undoubtedly pressure from the administration" that caused the student senate's about-face.

"The administration felt pressure to act due to bad media coverage, threat of litigation and the fact that donors to the university were beginning to express their displeasure with Stanford's handling of the situation," the group said.

In an early December meeting by the ASSU Undergraduate Senate, students voted to uphold a previous decision to reject funding for the SCR event featuring Dinesh D’Souza. SCR's decision to host D’Souza received backlash from the campus community, and some even called for the group to be investigated by the Office of Community Standards for inviting someone who promotes the “hatred of Jewish people.”

One member of the Senate Appropriations Committee proposed that the senate give SCR $16.60, which is the amount of a train ticket from the San Francisco International Airport to Stanford and back.

SCR claims that the undergraduate senate engaged in a form of “viewpoint discrimination” by denying the funding.

The group is also alleging that the undergraduate senate did not follow its own constitutional rules by voting to override a recommendation by LeMo Phillips, ASSU financial manager, to approve SCR for $3,617 in funding. SCR alleges that the senate did not have the two-thirds vote necessary to override the recommendation, thereby violating its constitution by turning it down.

Additionally, SCR alleges that the ASSU violated a portion of its constitution, which states “the Association shall enact no legislation...abridging the freedom of speech.”

According to the complaint, one senator, Faa Diallo, claims that not one senator on the Appropriations Committee even read through the initial documentation of SCR’s funding request. Diallo also said that multiple senators were “opposed to funding bigotry,” but did not explain their specific opposition to funding the D’Souza event.

In a statement to Campus Reform, an SCR executive board member said that the complaint was filed because it was “abundantly clear” that the ASSU violated its own constitution.

“The vice-provost of the University told our donor over the phone that the student government had clearly acted out of viewpoint discrimination, and had violated its constitution in a number of ways," the College Republican said. "The accountants in the Stanford administration recommended funding our event in their ‘internal review,’ and the Senate voted to reject the internal review, which they do not have the authority to do.”

The College Republican also said that it is “absolutely” clear that the ASSU displayed anti-conservative bias by not appropriating funds for the D’Souza event.

“Ever since a student senator leaked our funding request to the Stanford Daily in October, leftists at Stanford have been pulling every conceivable trick to stop Dinesh D'Souza from setting foot on Stanford's campus," the executive board member told Campus Reform.

The board member added that the university has tried to stop the D’Souza event from proceeding by slapping security fees on the event and creating new policies. Stanford also told the SCR that funding for the event had to come from “on-campus sources,” according to the SCR member.

“If Stanford allows this [decision] to stand, they will be allowing a small group of Senators, who don't even understand the rules, to determine which speakers are acceptable on campus,”  the SCR board member added to Campus Reform.

Editor's note:  After publication of this article, the Stanford Daily reported that the student senate approved the requested funding for the event.