Prof holds up RBG/Scalia relationship as model for universities (VIDEO) 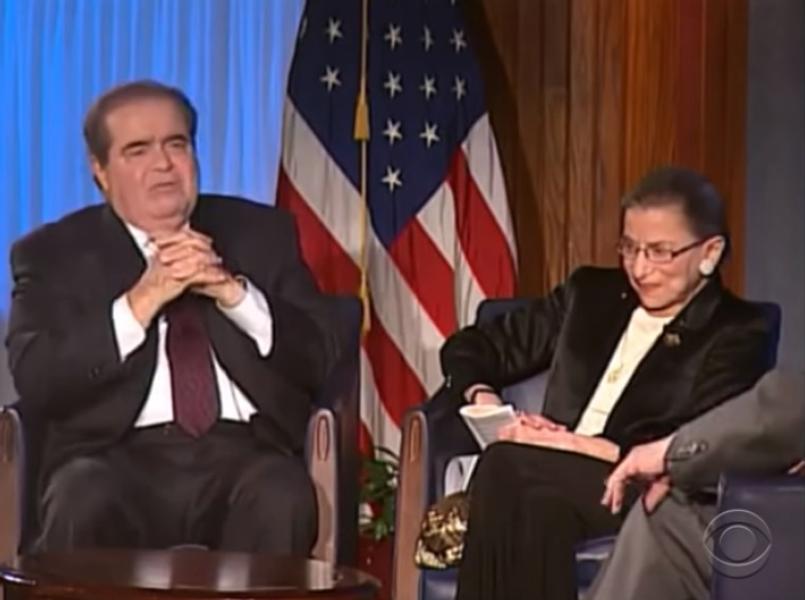 A Colorado professor gave a TEDx Talk on a topic all too familiar in academia these days. He discussed diversity...not diversity of race or gender, but instead diversity of thought.

University of Colorado at Colorado Springs political science professor Joshua Dunn discussed the importance of diversity of thought in college, in a video posted by Power Line.

“We all need friends like that. We can't really do our jobs as citizens without them."

The TEDx Talk video's description cites a Higher Education Resource Institute study saying that, as of 2014, conservatives make up less than 13 percent of university professors, while 60 percent of professors identify as left-leaning.

"In some fields, [conservatives] are almost an extinct species," Dunn said. The UCCS professor said that he and another researcher had found that one-third of 153 conservative and libertarian professors they interviewed "hid their politics from their colleagues...many expressed profound fear about being outed. Some even thought that our project was a Red Scare in reverse."

Dunn cited a 2017 event featuring libertarian author Charles Murray. Students disrupted the event and assaulted the professor who hosted Murray, resulting in whiplash and a concussion.

The UCCS professor claimed that students today can receive elite educations without learning about conservative ideas which, whether positively or negatively, have had major effects on America.

Dunn related how conservative professor Robby George and left-wing professor Cornel West became friends at Princeton and co-taught a course, allowing them to "show students how you could respectfully engage with people you disagree with and sharpen your own arguments at the same time."

"The only sad part of their story is that it is so rare," the professor said. "Our campuses would be far healthier places if their example was the norm, rather than the exception."

Dunn described confirmation bias among a group of like-minded people as something that results in "groupthink." He cited a study in which, after being asked individually about their opinions on various policies, faculty from UC Boulder and UC Colorado Springs discussed the issues among members of their respective schools. After convening, the Boulder faculty members' views moved further to the left, and the UCCS professors' views shifted further to the right.

The professor encouraged initiatives that embrace and teach multiple ideologies and concluded his talk by bringing up another friendship between two individuals from opposite ends of the spectrum: U.S. Supreme Court Justice Ruth Bader Ginsburg and the late Justice Antonin Scalia.

"Before Justice Scalia died, there were hardly two people on the court who disagreed more about how to interpret the Constitution, but there were no closer friends on the court either," Dunn said, noting that, in a tribute after Scalia's death, Ginsburg commended the former justice for making her opinions on cases stronger by noting the flaws in his dissenting ones.

“We all need friends like that. We can't really do our jobs as citizens without them," Dunn said.