Prof goes after Covington kid and 'smiling face of Whiteness'

A UPenn professor sounded off on Twitter about the recent Covington controversy.

The professor made her comments when many media outlets framed the Covington students as harassers. 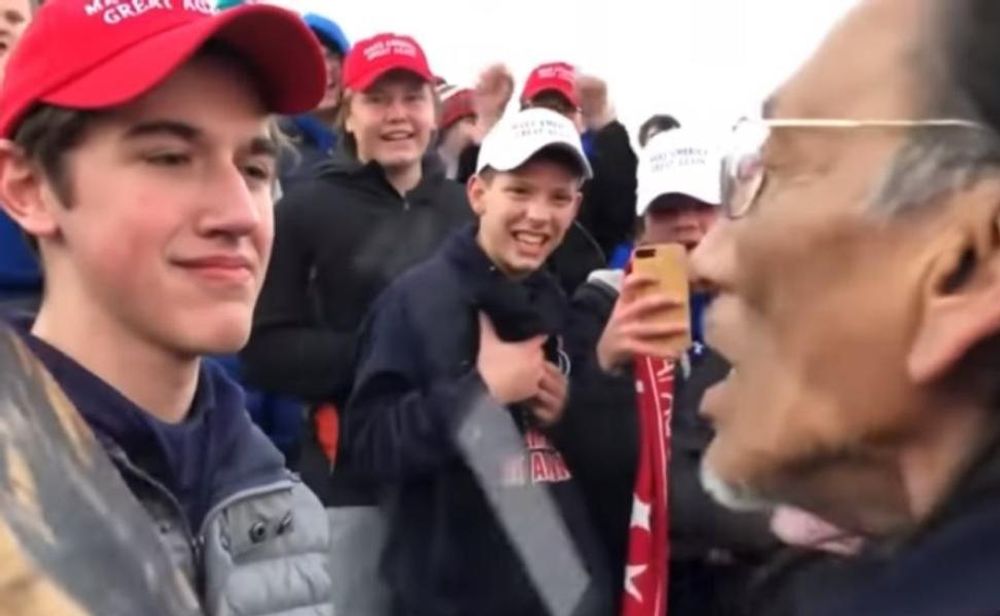 An Ivy League professor bashed "the smiling face of Whiteness" in response to the recent controversy involving an interaction between a Native American man and a Catholic teenage supporter of President Donald Trump.

“Whiteness endlessly forgives its own transgressions,” University of Pennsylvania associate professor Ebony Elizabeth Thomas wrote on Sunday about the confrontation between Covington Catholic High School student Nick Sandmann and Native American Nathan Phillips. “It rarely, if ever, gives those of us it harms and maims and kills time to process our motions [sic].”

“‘You forgive us, right? You have to forgive us! Understanding will make it better! Reconciliation! Diversity! Inclusion!’” she continued, conveying what she suggests to be the attitude of most white people.

According to Thomas, the “smiling face of Whiteness” is one that “always hides a knife behind its back.”

“That knife says this: ‘You must forgive us. You must educate us. Or else.’”

“Usually, that ‘or else’ happens anyway,” the professor adds. “But it will assuredly happen unless you kiss Whiteness' ring.”

Thomas goes on to claim that she knows “all about Whiteness’ outrageous demands.” She reiterates that “whiteness endlessly forgives its own transgressions.”

“Time's up for instant forgiveness, for demanding free labor of the walking wounded, and for demanding that those you've offended ‘make it right’ so you can feel better before they have time to mourn, grieve...and breathe,” Thomas claims.

“The focus shouldn't be on how these people can learn from BIPOC [Black & Indigenous People of Color],” she said. “This isn't a Hollywood movie, and we're flesh and blood, not magical creatures you get to use and abuse on your journey toward enlightenment.”

“The focus should be on how White folks can do better *among yourselves.*"

Thomas then explains her reasoning for not sharing the highly circulated video of the confrontation between the Native and the Covington schoolboy, noting that “out of respect and solidarity,” she does not wish to reinforce such “visual trauma.”

The tweets came on the same weekend that much of the mainstream media jumped to negative conclusions of the Covington students after seeing a two-minute video clip circulating on social media. What many reporters missed, however, was the key context that was offered in two hours of additional footage. The added video shows Phillips approaching the boys, not the other way around, just before the moment that went viral.  A number of reporters later apologized for jumping to conclusions. At the time of publication, Thomas had yet to do the same.

Campus Reform reached out to Thomas for comment but did not receive a response in time for publication.