VIDEO: Students all about Ocasio-Cortez's 'Green New Deal'...then find out what's in it 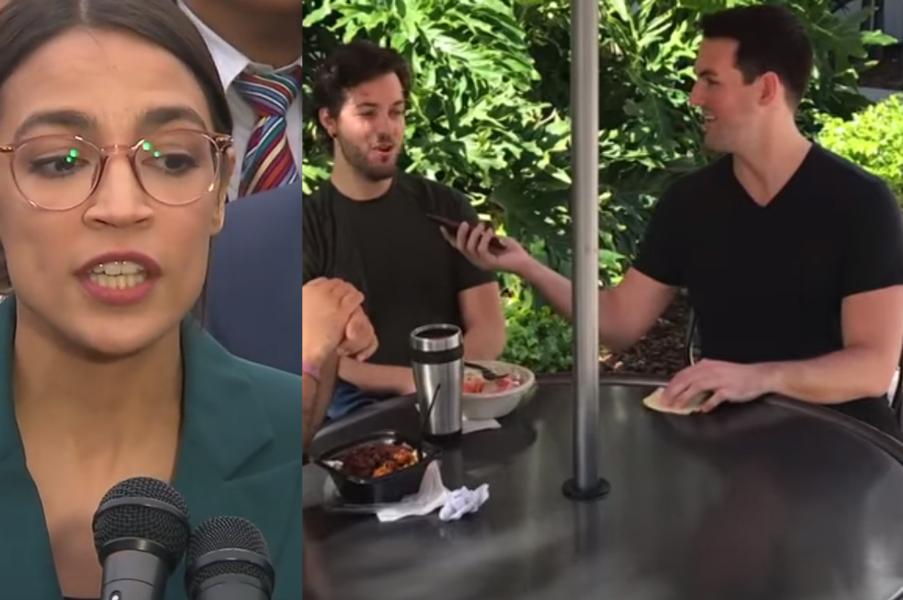 The plan has already received the endorsements of Democrat presidential candidates, like Senators Cory Booker and Kamala Harris but, for others, it has turned heads for its drastic approach to fighting climate change. Among the proposals initially listed in the plan were moving away completely from oil, coal, and natural gas within ten years, creating a high-speed rail system to help eliminate air travel, and renovating every home in America.

“sometimes you need to take extreme measures to save the environment, but I think this is too extreme."

But perhaps the most controversial point of all was a plan to provide “economic security” for those “unwilling to work.”

[RELATED: 'Socialism is the largest threat facing the future of our country' (VIDEO)]

Ocasio-Cortez has since removed the document from her website that included such language as eliminating air travel or providing help to those "unwilling to work," but archived data shows the initial post did, in fact, make such a statement. Ocasio-Cortez's chief of staff said this was merely a draft and that it was published by accident.

Since its unveiling, the plan has garnered noticeable support from young Americans on social media.

Wanting to know if the same people who support the New Green Deal would still support it after hearing what was actually in it, Campus Reform's Cabot Phillips headed to the University of Miami to find out.

First, asking their original perception of the plan, students made clear that they were on board.

“I like that it’s progressive, that it’s gonna push the world forward,” one student said, while another added, “just from knowing who’s endorsed it and some other little things, it sounds great.”

One student had a more serious view of the plan, saying, “if we didn’t do that, we’re going to be killing ourselves.”

“I view it favorably,” another said, while one more added, “it’s definitely a great idea.”

However, after walking through the contents of the Green New Deal, their tune quickly shifted.

“It doesn’t sound like something I would be behind,” one student admitted after hearing the details of the plan. Another added, “sometimes you need to take extreme measures to save the environment, but I think this is too extreme."

“I think that’s drastic...” the next student conceded.

Want to see what else they had to say? Watch the full video: