Student gov weighs in on 'ethnic cleansing' of illegals

The resolution would also apply to ICE and would fight to protect illegal immigrants on campus.

UMass-Amherst student government attempted to pass a resolution that would declare President Trump a supporter of “ethnic cleansing” of immigrants. 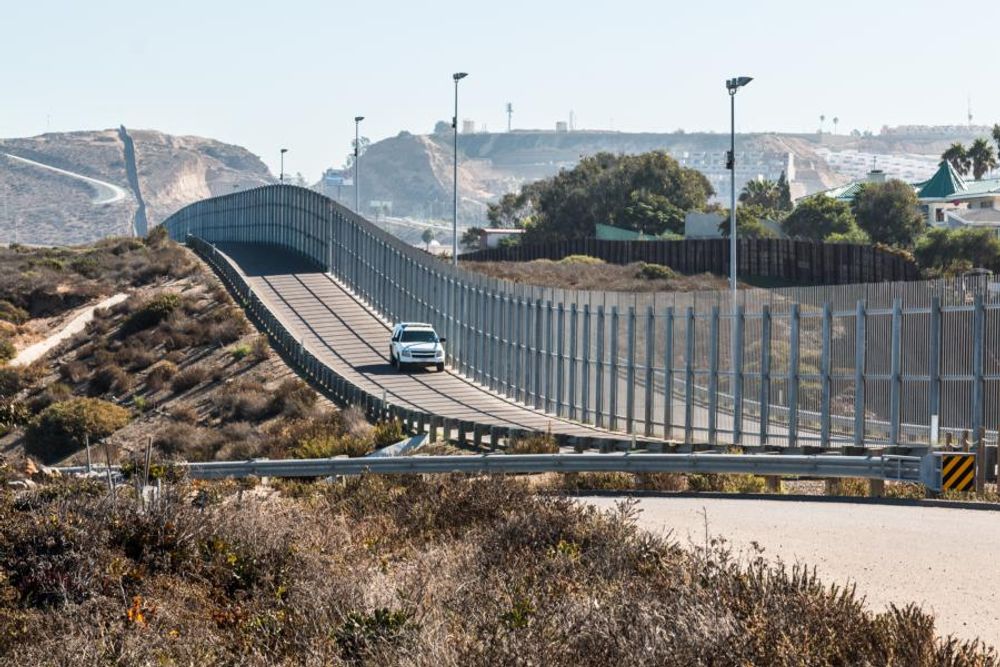 A Massachusetts university student government attempted to declare President Donald Trump and the Immigration and Customs Enforcement (ICE) agency proponents of “ethnic cleansing” against illegal immigrants in the United States.

The UMass-Amherst student government introduced legislation on behalf of the student body to denounce the “immoral immigration policies” implemented and enforced by the Trump administration on the southern border, according to the Feb. 4 meeting minutes obtained by Campus Reform. The legislation also condemned ICE, as well as Customs and Border Patrol, for similar reasons.

The legislation, titled 2019-S7, “utterly condemns” the use of tear gas to repel migrants illegally crossing the border, a “zero tolerance” policy it says resulted in the separation of children from their parents at the border, and declares the situation at the border a moral and humanitarian crisis. The resolution also demands that the university protect a small group of illegal immigrants on campus and see that their “right to dignity and respect is equally sacrosanct as all other students’ rights to such.”

“Every member of the UMass community, including our more than 3,500 international students, scholars, and staff, have the right to pursue their educational and professional goals in a supportive environment that is based on mutual respect and is free of fear, intimidation or violence," UMass-Amherst Chancellor Kumble R. Subbaswamy declared in February 2017 in response to Trump’s executive order on immigration.

Campus Reform reached out to the UMass-Amherst administration for additional comment about the college's position on the student government's resolution, but did not receive a response in time for press.

The resolution in student government also called on the Massachusetts state legislature to immediately pass and enforce the Massachusetts Safe Communities Act, or S.D. 926, which would prevent both local and state law enforcement from asking any questions about a suspect’s immigration status unless state or federal law requires the question to be asked.

“Whereas, the Massachusetts Safe Communities Act, a bill strengthening community safety by ensuring that state and local police departments need not cooperate with Immigration Customs and Enforcement in the ethnic cleansing of undocumented immigrants,” the student government resolution says of the bill.

“Officers of the Student Government Association have a moral and ethical responsibility to stand against injustice and ally themselves with marginalized groups of students, including populations of undocumented students," the resolution states.

However, during the Feb. 4 meeting, some senators had issues with the wording of the resolution and initiated a motion to change "ethnic cleansing" to “mass expulsion” at the border, according to minutes obtained by Campus Reform.

One senator stood up for the original wording of the document, saying it should be a discomforting phrasing because such phrasing helps the student body grow. Another went on the record saying that the language should be uncomfortable because “what is happening [at the border is] uncomfortable.”

The resolution was sponsored by student Sens. James Cordero and Hayden Latimer-Ireland, as well as Student Government Association (SGA) President Timmy Sullivan. The legislation was not referenced in The Massachusetts Daily Collegian article covering the SGA meeting.

Campus Reform reached out to President Sullivan, as well as the Director for Public Relations of the SGA for a statement regarding the resolution, but did not receive a response in time for press.

“We are familiar with the SGA resolution and there have been some misconceptions about what is and what isn’t included,” Nick Consolini, UMass College Republicans president, told Campus Reform. "Some members of the SGA said that the 'ethnic cleansing' phrasing was deleted. We don't want to release any statements until we know officially if it is in the resolution."

Consolini added that the UMass-Amherst CRs would release a statement once official minutes and video were available.

Editor's note: This post has been updated with more of Consolini's statement.