UM prohibits harassment on the basis of “political ideas."

The president of the Turning Point USA chapter at the University of Montana filed a complaint against a professor, claiming that the professor urged her students to harass the president. 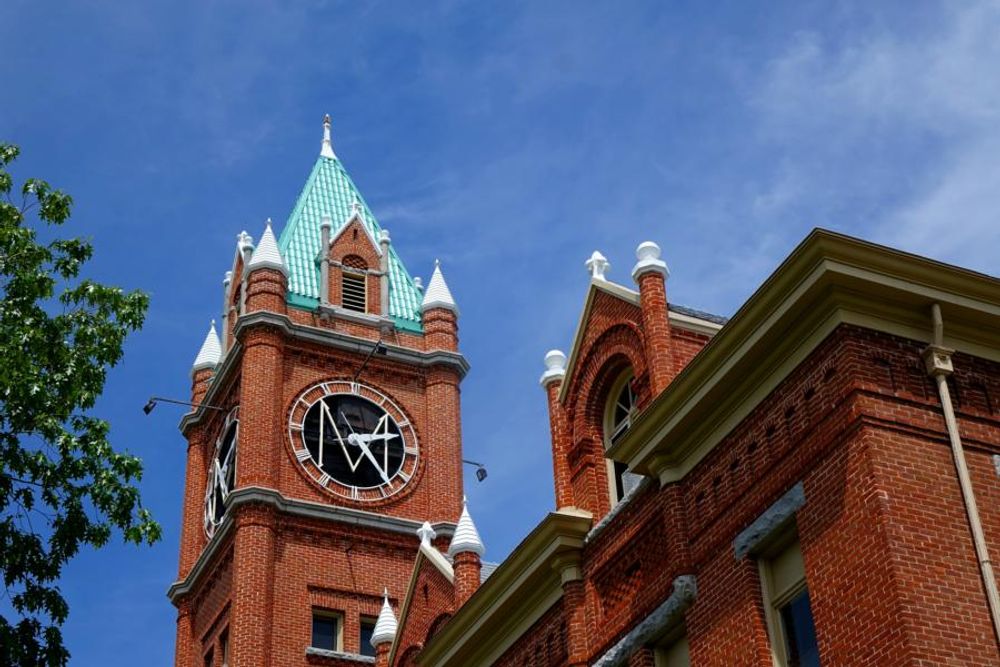 The President of Turning Point USA (TPUSA) at the University of Montana claims that a professor encouraged her students to harass members of the conservative group.

Taylor Powell, a UM student and president of the school's pro-free market TPUSA chapter, filed a formal complaint with the Equal Opportunity and Affirmative Action office at UM after students allegedly came to her recruitment table and said "f*ck off" and "f*ck your organization,” according to The Missoulian.

Powell told Campus Reform that UM Professor G.G. Weix sent these students to the TPUSA recruitment table to “gather information" for a course.

According to Powell, Weix frequently visited the TPUSA recruitment table and voiced her complaints about the group, which the TPUSA chapter president said was within her rights.

When Weix first visited the TPUSA table on Jan. 24, Powell claims that the professor asked for a description of the organization. When Powell explained, Weix apparently laughed and said “I don’t agree with that.”

Later, "one student came into the area I was tabling and yelled that I was spreading lies and should not be allowed to be there, and someone he knew had to come and put their arm around them and hug them and lead them away,” the TPUSA president told Campus Reform. “They continued to just attack [in general] my conservative beliefs and me as a person because I am from North Dakota not Montana and that I could not be a nice or compassionate person because I am a conservative.”

Powell claimed that, on Jan. 29, Weix asked her "how'd you like my students?" according to The Missoulian.

When Campus Reform asked if she could say “without a doubt” that Weix’s students were verbally attacking her, Powell said “they definitely were.”

Powell asserted that the students' actions were part of an anthropology class and, upon arriving at this conclusion, said she was brought to tears and began to doubt whether she could handle the students' behaviors much longer, according to The Missoulian.

However, Weix is fighting back against Powell’s claim and provided KGVO radio station a statement claiming that, when it comes to "sending my students [to] continue [my alleged] harassment," “nothing could be further from the truth.”

"I orally instructed students to be polite and respectful, and to gather information in the public venue of the Atrium," Weix said in the statement. "They could simply observe and take notes, or they could engage in conversation. They were to remain together in a group, and return to class promptly, which all of them did."

“I am unaware of any evidence to support any claim that my students did not comply with their clear instructions to conduct themselves according to the student conduct code (as stated in the course syllabus) at all times, as well as my verbal instructions to be polite and respectful while observing and conversing with individuals at the [University Center],"  Weix continued. "I am unaware of any evidence that they did not follow these verbal and written instructions in class when they completed the exercise."

The professor said that while it is very possible some students outside of her class may have harassed Powell, she condemns their behavior.

“Some [individuals] may even have harassed her. Unfortunately, in the culture we currently find ourselves, this sometimes happens. If so, however, I condemn the behavior,” Weix said. “A university is the one place, of all places, where the free exchange of candidly-held ideas is and should be diligently protected. But I do not believe that any of my students engaged in any such behavior with Ms. Powell. I know I did not and would not.”

TPUSA at UM is a new group on campus. The university officially recognized it as an organization during the fall 2018 semester.

According to a document obtained by Campus Reform, UM will be conducting an investigation into whether “it is more likely than not you experienced harassment resulting in a hostile environment due to your political ideas under the University Discrimination, Harassment, Sexual Misconduct, Stalking and Retaliation Policy.”

The document stated that “every attempt” will be made to finish the investigation within 60 days.

According to the report, the Equal Opportunity and Affirmative Action Director and Title IX Coordinator, Jessica Weltman said that the discrimination policy at UM prohibits harassment on the basis of “political ideas."

Weix and the University of Montana did not respond to requests for comment from Campus Reform. Weix's faculty page was scrubbed of an email, phone number, and office location during Campus Reform's reporting of this article.