Campus Reform | Syracuse U: U.S. Constitution is 'exclusionary' to some students

Syracuse U: U.S. Constitution is 'exclusionary' to some students

The school said that "requiring students to agree in the superiority of the U.S. Constitution is exclusionary to international students and other individuals.”

Syracuse University has refused to grant a Young Americans for Freedom group status as a Registered Student Organization (RSO). 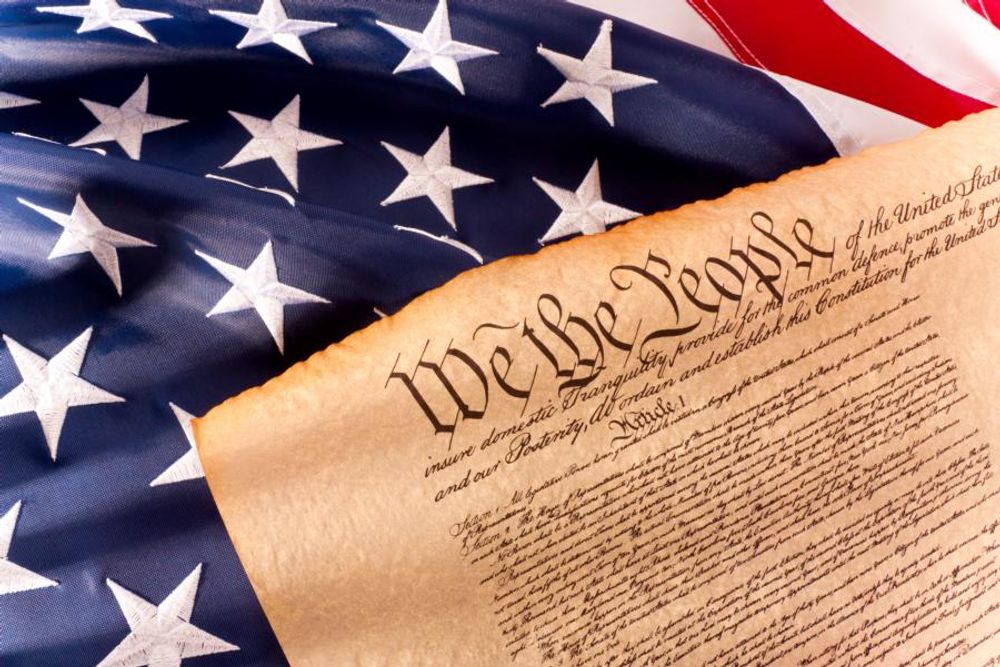 Syracuse University denied an application for Young Americans for Freedom (YAF) to become a Registered Student Organization (RSO), stating, as one of its reasons for doing so, that requiring students to believe in the U.S. Constitution is “exclusionary to international students.”

The Syracuse Office of Student Activities denied YAF’s application, in part because members must support the “Sharon Statement,” which is a statement of support for the U.S. Constitution. Syracuse took issue with the Sharon Statement, alleging that adhering to it violates the college’s policy of non-discrimination.

“The Board considers the ‘Sharon Statement’ to be contradictory to Article XI Statement of Non-Discrimination,” Syracuse's RSO Review Board stated in its rejection email to the group, according to documents obtained by Campus Reform. “Additionally, requiring students to agree in the superiority of the U.S. Constitution is exclusionary to international students and other individuals.”

Additionally, Syracuse's RSO Review Board took issue with the fact that Young Americans for Freedom is associated with its parent organization, Young America’s Foundation, which the board claims has “extensive control” over the former organization.

Young America’s Foundation has a “pattern” of promoting discourse through “inflammatory" means, according to the Board.

“The Board recognizes that the parent organization, Young America’s Foundation, has demonstrated a pattern of past practice of supporting discourse via printed materials and/or other means that are deemed inflammatory,” the Board stated in an email to the group’s president. “Specifically, products that are supplied free of charge, including the ‘Patriot Pack’ that illustrates an aircraft entering into the World Trade Center and inflammatory statements. The Board considers these materials to be contradictory to the educational mission of Syracuse University and in turn the purpose of a Recognized Student Organization.”

The college listed a variety of other reasons for denying the group registered status, including an “incomplete" constitution, the group's “undemocratic" nature, “continuity” issues as they relate to the group's activity during the summer months, "ambiguous" meeting times," and how money is deposited and reimbursed.

Justine Murray, the YAF group's president and a Campus Reform correspondent, asserted that even if those issues were resolved, Syracuse would still deny their application.

“I want to stay hopeful that maybe they will approve YAF if I made the proposed changes but based off their first two points and the offense they took to our recognition of the U.S. Constitution, it doesn’t look very probable they will accept us,” Murray told Campus Reform.

Koen Weaver, who is the group's vice chairman, told Campus Reform, "while I understand the important job of the Office of Student Activities in confirming RSOs on campus, I am concerned by the bias and almost anti-Americanism displayed by our rejection."

"I cannot fathom how an American University could find fault with students upholding and promoting the ideals of the U.S. Constitution," Weaver added. "Calling the constitution non-inclusive, while completely ignoring the inflammatory rhetoric of the anti-Capitalist and anti-Israeli [rhetoric] of the university's International Socialist Organization, shows the obvious political bias, if not the liberal indoctrination agenda of the Office of Student Activities."

Weaver was referencing the fact that the board previously approved an application by the International Socialist Organization to be an RSO. As an RSO, the group promotes open borders on its Facebook page, which is linked from the official university website. The group's cover photo states, "let them all in," a reference to the caravans at the border. The group has also posted graphics that read,  “Capitalism Sucks” and, according to Murray and Weaver, put up flyers on campus that read, “from the river to the sea, Palestine will be free,” an iteration of a statement by Temple University professor Marc Lamont Hill at the United Nations last year, which eventually led to Hill's ousting as a CNN commentator.

Murray further commented on the outcome, telling Campus Reform that she was “seriously disappointed" by the decision.

“It was a blatant rejection of free speech and free assembly as if they either don’t understand the U.S. Constitution or actually understand it and hate its provisions,” Murray said. “Every club has its core belief and the RSO Review Board seems to be selective in how they enforce this aspect of its bylaws as if they’re saying conservative beliefs are exclusionary, but liberal beliefs are not and therefore, any conservative beliefs must be silenced.”

Murray calls it “absolutely ludicrous” for the board to suggest the U.S. Constitution is “exclusionary” for some students.

“It’s absolutely ludicrous for the RSO Review Board to suggest that any recognition of the Bill of Rights by a university club violates some rights of foreign students,” Murray said. “Interestingly, the reason many students from abroad come to study in the United States is because of our freedoms and the constitution that protects these freedoms. The Review Board is basically saying you cannot celebrate America.”

Murray provided Campus Reform with further documentation showing that the group appealed the Office of Student Activities' decision. However, the appeal was denied because it was submitted an hour and a half after the deadline.

"Unfortunately, the appeal for the Young Americans for Freedom Chapter at SU was submitted after the deadline had passed, therefore, it will not be considered," the email that denied the appeal reads. "Additionally, the application submitted on behalf of YAF was incomplete because there was no completed advisor contract. It is clear that YAF's application is still incomplete because it is still missing a completed advisor contract, a required component of the New RSO Application. Therefore, this appeal is moot."

Murray told Campus Reform that the group asked five faculty members at the college to be their faculty advisor. Only one faculty member, whose name appeared on the group's RSO application as a "prospective advisor," indicated that they would be willing.

Weaver told Campus Reform that he would like to see more conservatives get the chance to have their voices heard.

"I hope that conservatives and those who reject certain far-left ideals of the OSA have the opportunity to represent themselves and have their voices heard in the near future," Weaver said.

Campus Reform attempted multiple times to reach various people at Syracuse University who could comment on this matter, including the individual who sent the rejection email as well as the Director of Student Activities. At the time of publication of this article, none of those calls or emails were returned.