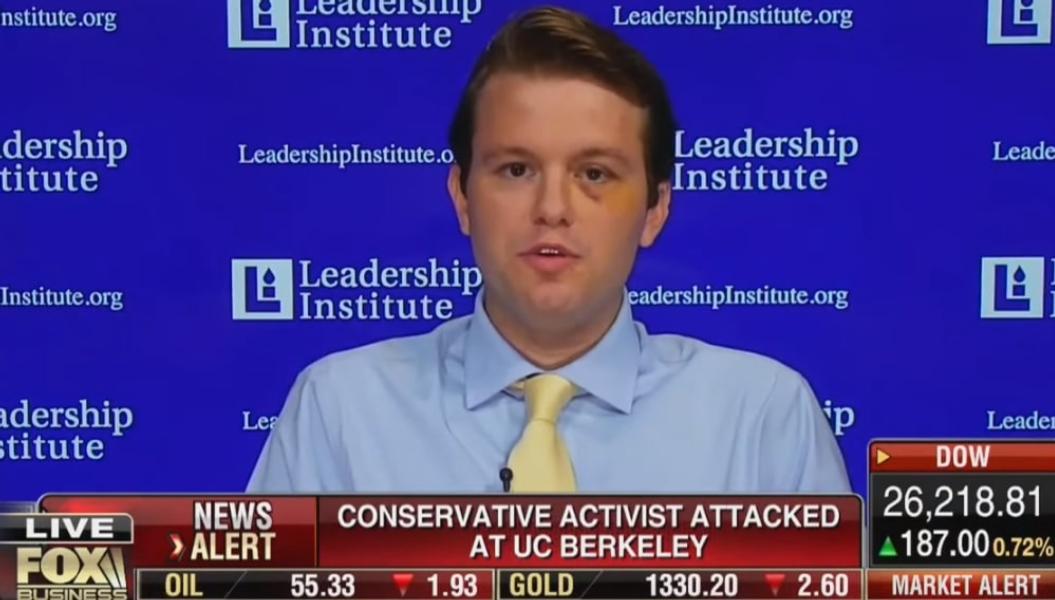 The Leadership Institute Field Representative Hayden Williams offered an update Monday on Fox Business Network nearly one week after he was punched in the face on the campus of the University of California-Berkeley while helping to train and recruit other conservatives.

"There's a certain culture there that is especially hostile on Berkeley's campus and across the country to conservative students and they're willing to use violence if they think that you're being too controversial."

The Leadership Institute is the parent organization of Campus Reform.

"We set up for most of the day and near the end, these two people just approached our table very erratically and began cussing and so at that moment I knew this might be a troublesome situation so I took out my phone and started recording right then." Williams reiterated that he had every right to be on campus and to be recruiting conservative students.

However, he continued, even following all of the rules is not enough for some with differing views.

"There's a certain culture there that is especially hostile on Berkeley's campus and across the country to conservative students," Williams said, "and they're willing to use violence if they think that you're being too controversial."

Williams added that he did file a police report following the attack. UC-Berkeley said it has identified the suspect but has not released his name. Williams said that, for now, he is focused on his health, as he can still hear ringing in his ears and suffers "other symptoms of a concussion."

Leadership Institute Vice President of Campus Programs Bryan Bernys released a statement on Friday, which read, in part, "this event is shocking, but it is not isolated. Conservative and libertarian students have faced violence and intimidation for sharing their political philosophy on campus from coast to coast in this country."

"Let there be no mistake, we strongly condemn violence and harassment of any sort, for any reason. That sort of behavior is intolerable and has no place here. Our commitment to freedom of expression and belief is unwavering," the statement read.