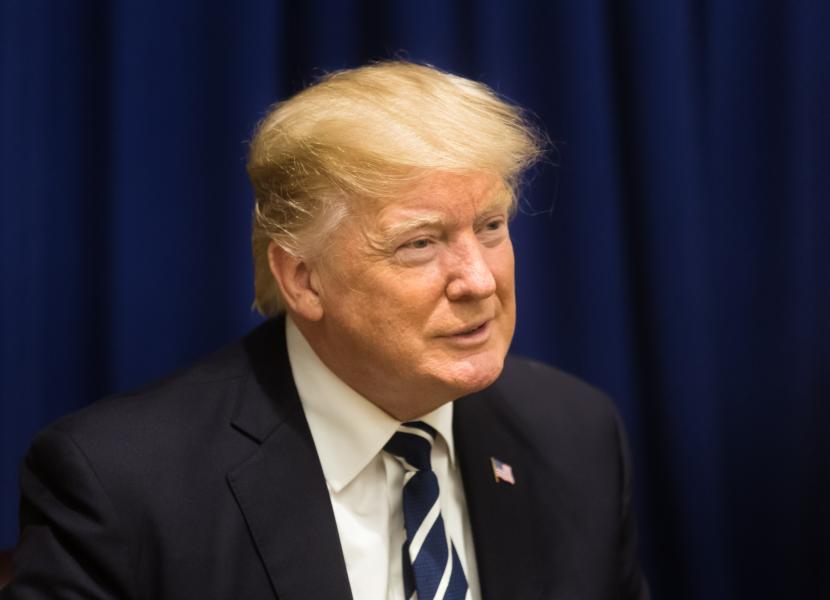 A speaker at a Michigan State University event slammed President Trump Thursday for having a “reptilian brain,” among other critisicms.

According to audio obtained by Campus Reform, Castellanos accused President Trump of being reptilian during the moderated question and answer period: "Donald Trump lies...he has the undistilled reptilian brain. It’s not the rational brain that likes policy. It’s not our emotional-social brain that gets along with people, it’s the reptilian brain.”

The audience had a mixed reaction with some legislators, Republican State Sen. Tom Barrett, and Republican State Rep. Matt Maddock leaving the event. Campus Reform counted about four to eight attendees that left. “I just got up and left,” Sen. Barrett told Campus Reform. “It became a competition of who hates Trump more. When called ‘reptilian,’ it’s an insult to the President and supporters, an insult to me.”

“The governor gave a non-partisan speech,” the senator pointed out. "Then it went into carnival show."

Sen. Barrett spoke to Campus Reform about possible fallout from the event: “There is a consideration of lawmakers not to attend again."

Criticizing Trump remained a common theme throughout the rest of the event.

Democrats “are so angry at what Donald Trump is doing to our country,” Doyle said.

Castellanos thought a great economy would hurt Trump’s 2020 chances, citing the “Churchill effect,” saying “why would Americans put up with Donald Trump and his personal failings if things were going OK?” Doyle briefly turned and gave Castellanos a puzzled look. Responding to another question, Doyle said that she did not think Trump would be impeached, but continued with “every thing this man touches is currently under investigation."

[RELATED: Trump: Hayden Williams ‘took a hard punch in the face for us all’ (VIDEO)]

The culmination of Trump’s alleged misdeeds led to Doyle saying that, according to The New York Times, “one of the reasons he wants to run again is because his legal issues and a sitting President can not be indicted.”

“Can you imagine someone who wants to be president of the United States just to stay out of jail?” she asked attendees.

“I think the comments from the event were counterproductive to fundraising and providing support for the program,” Aleks Oslapas, president of the MSU College Republicans, told Campus Reform.

“I work within a bipartisan group myself and we make it very clear to speakers that our events are not a platform to attack the other side.”

The Michigan Political Leadership Program Dinner helps fund the Institute for Public Policy and Social Research (IPPSR) program which, each year, supports 24 interested public policy or political science students to familiarize them with the policy-making process.