The Constitution is not 'exclusionary.' Your rejection of conservatives is. (OPINION) 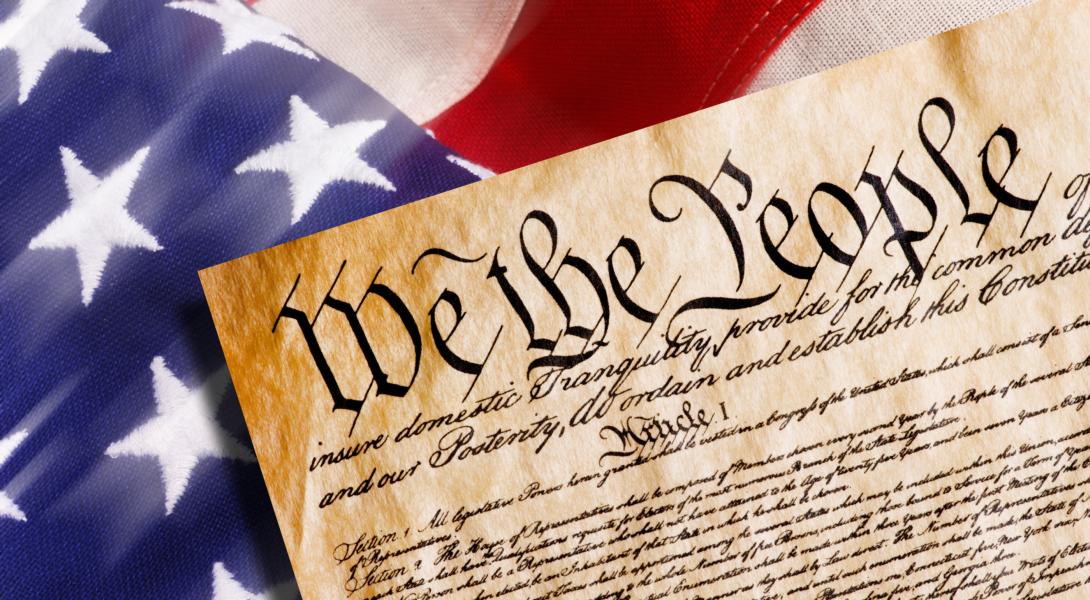 Last month, when my school, Syracuse University, was taking applications for new Registered Student Organizations (RSOs), it rejected an application from our Young Americans for Freedom (YAF) chapter.

The reason? They took offense to our group’s recognition of the U.S. Constitution.

In their rejection letter to our club, the RSO Review Board said our group's support of the Sharon Statement is “contradictory” to the university’s non-discrimination policy and stated that “requiring students to agree to the superiority of the U.S. Constitution is exclusionary to international students and other individuals.” I never imagined that our nation's constitution, which grants us the freedoms that millennials so often take for granted, could be deemed offensive.

"I never imagined that our nation's constitution, which grants us the freedoms that millennials so often take for granted, could be deemed offensive."

The U.S. Constitution is the basis of American law, civil rights and the process by which we govern ourselves. This historical document has been copied throughout the world by free-thinking people committed to creating fair and just societies. I don't know whether the Review Board realizes that international students, who travel to the United States from all over the world to study, do so specifically for the freedoms and opportunities we have that otherwise wouldn't exist without our Constitution.

The Review Board also decried our chapter's parent organization, Young America’s Foundation, as demonstrating “a pattern of past practice of supporting discourse via printed materials and/or other means that are deemed inflammatory.” Their one example was the organization’s “Patriot Pack” illustrating “an aircraft entering into the World Trade Center and inflammatory statements.”

These “inflammatory statements” are the words “Never Forget.”

The application process to become a new RSO included an interview conducted by the Review Board that would help determine whether our YAF chapter was qualified to be on campus. I wasn’t sure what to expect when we first got to the interview room, as about ten members of the Review Board encircled us and began introducing themselves with their formal names and their pronouns, reminiscent of the Von Trap family greeting their guests. They delivered their pronouns one at a time before allowing us to proceed. (Interestingly, there were no complex choices such as “xe,” “xir,” etc.)

In our interview, my chapter’s vice president and I stated that YAF’s purpose is to offer students an alternative to the far-left organizations that permeate the campus, particularly students who may identify as more conservative than some of their peers. One of the members on the Review Board seemed to dismiss the notion that students are marginalized if they do not agree and associate with the predominantly far left ideals pushed on campus.

Ironically, their refusal to accept YAF laid bare the fallacy of this position.

There’s a blatant double standard being perpetuated at my university: YAF is not allowed on campus because our organization’s beliefs are somehow exclusionary, but clubs like the International Socialist Organization (ISO), which openly admits to organizing members and embracing the ideas of Marxist tradition in the hopes of “working to destroy Capitalism,” are accepted on campus. The International Socialist Organization at Syracuse University calls Capitalism the root of “the misery that millions of people around the world face” and regularly erects posters stating, “Capitalism sucks.” Yet, the Review Board does not deem any of this inflammatory, exclusionary, or “undemocratic in nature.”

After people read the reporting on our YAF chapter being denied recognition and expressed their concerns, Syracuse University reiterated very technical reasons for why the application was rejected, sidestepping the political commentary and absurd excuses used by the Review Board.

What this episode demonstrates is that these are students and administrators who have learned very little about tolerance and freedom, but instead have developed a keen execution of bureaucratic gibberish to deny equal access to the campus by people with whom they disagree. There is nothing new here. This type of intolerance has gone on throughout history. The difference with this situation is that these people feel that they’re progressive.

Certainly, my university is not one you’d think of when you hear about intolerance of free speech and ideas on a college campus. Its rejection of our YAF chapter is just one example of the epidemic that has spread well beyond campuses in California and New York City.

The violence suffered by my colleague, Hayden Williams, at UC Berkeley can happen anywhere. This is particularly stunning, however, since UC Berkeley was the birthplace of the campus free speech movement back in the 1960s when more liberal voices were being shut down. This gets to the heart of why the U.S. Constitution is so important because it guarantees the right of free speech to all Americans no matter what their political positions may be. It was such an important right that our founding fathers thought to make it the first freedom listed in the Bill of Rights.

For Syracuse University’s RSO Review Board to render the U.S. Constitution offensive in order to stop free speech is frightening. The attitude displayed pushes the notion that if you are in power, you have the right to shut down everyone with whom you disagree. If the powers that be on our college campuses are successful in discarding our rights, why would our rights off of a college campus be any more secure? They're not. That's why it is critical that we do absolutely everything in our power to ensure we protect our Constitution, not let those who falsely call this sacred document "exclusionary" exclude us from living under its protections.

Justine Brooke Murray is a New York Campus Correspondent, reporting on liberal bias and abuse for Campus Reform. She is a Junior at the Maxwell School at Syracuse University, majoring in Political Science. Justine is the Founding Chair of Syracuse University’s Young Americans for Freedom chapter and the former Chief of Staff for the New York Federation of College Republicans. She stood with President Trump at the White House when he signed the Campus Free Speech Executive Order in March 2019. Justine has appeared as a guest on numerous new shows, including FOX News Digital, OANN, the Joe Pags Show and the Dennis Prager show. She is a student ambassador for Prager University where she works on the video production committee. Justine is a fellow for CAMERA on Campus. She also is the reigning Miss Northern Highlands in the Miss America Organization, and uses her title to further promote free speech on college campuses. She will be competing for Miss New Jersey.