Are colleges FINALLY getting the message on commencement speakers? 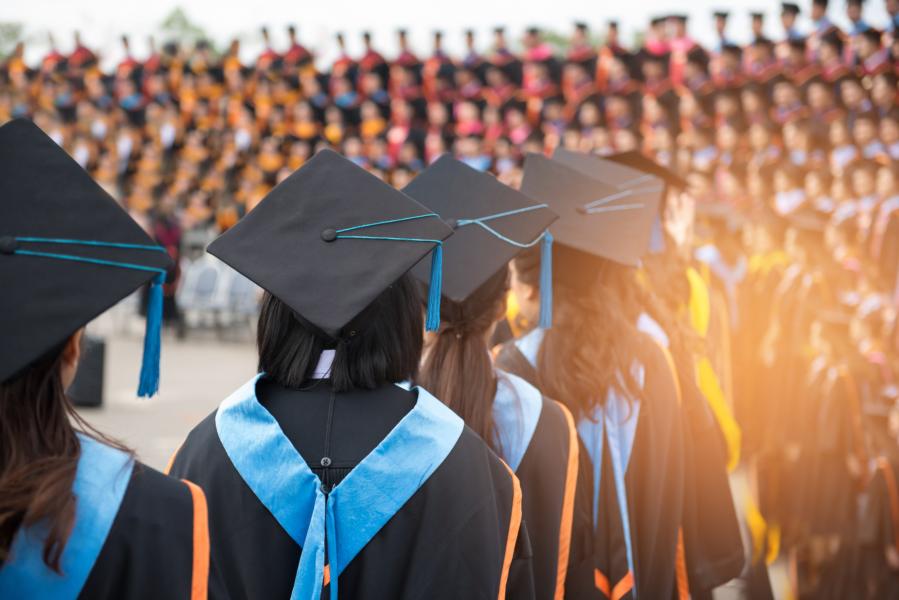 Campus Reform took the top 50 largest public and private four-year colleges in the nation to determine the political leanings of the 2019 commencement speakers.

In unusual fashion, colleges appear to be choosing more politically diverse speakers than in the past by selecting a near equal amount of conservatives and liberals as well as a significant amount of neutral and seemingly apolitical speakers.

Only 26 speakers had a measurable lean to the right or to the left, 15 being liberal and 11 being conservative.

This year, among the 50 largest institutions, a majority of the speakers are seemingly nonpolitical or at least not very vocal about their political views. Only 26 speakers had a measurable lean to the right or to the left; 15 being liberal and 11 being conservative.

[RELATED: 2017 Dems dominate commencement despite defeat at the polls]

Liberals had outnumbered conservative-leaning speakers 4:1 in 2018 and Democrat Senators spoke at nine commencements compared to just four Republican senators in 2017.

Online colleges as well as those that selected graduating students or college presidents as the commencement speakers were not included. Colleges with no apparent speaker or those that only had speakers listed for department ceremonies were also not included in the final total.

To determine a speaker’s political leanings, Campus Reform consulted the individual’s public statements as well as their political donation records as indicated by the Federal Election Commission.

Nicole Neily, president of Speech First, reacted to these findings Tuesday in a statement to Campus Reform.

"This is an encouraging trend, and hopefully, one that will continue on in the future," Neily said. "It's important that students - and indeed, their parents! - be exposed to a multitude of voices, in order to better understand each other as they prepare to enter the real world."

"We all can learn from people with whom we disagree politically," Neily added.