Florida Gov. Ron DeSantis may sign a bill barring discrimination on the basis of religion in the Florida public education system.

HB 741 hones in on anti-Semitism, giving examples such as “making mendacious, dehumanizing, demonizing, or stereotypical allegations about Jews" and "accusing Jewish citizens of being more loyal to Israel." 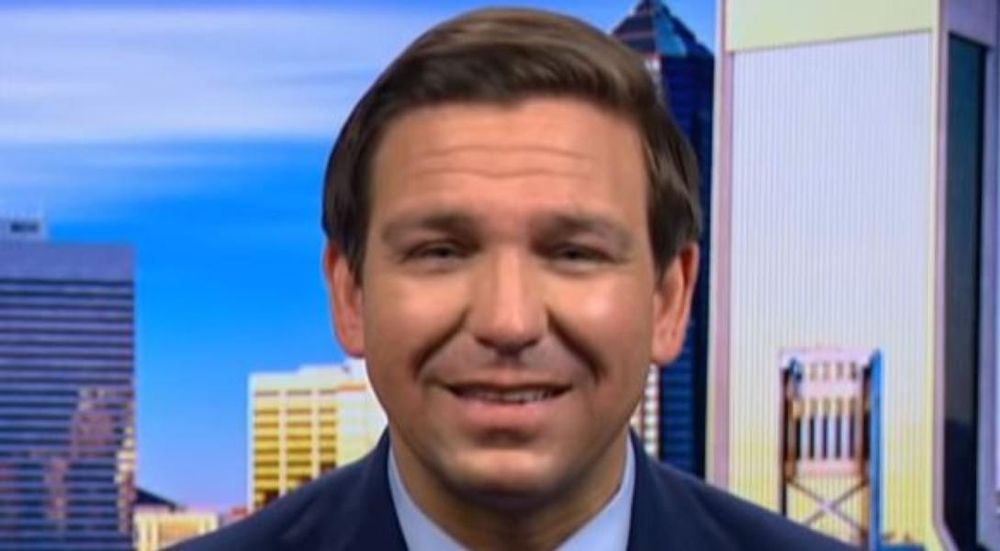 Florida Republican Gov. Ron DeSantis has indicated that he will sign a bill aimed at combating anti-Semitism in public education, and it could occur during his planned trip to Israel later in the month.

DeSantis made this statement during a trip in Miami Gardens, Fla. The bill would bar discrimination on the basis of religion in the Florida public education system, including at state-funded institutions of higher education, and specifically hone in on anti-Semitism.

“We have an anti-Semitism bill, which is one of the strongest in the nation, that I’ll sign into law, actually I think I will sign it into law when we’re in Jerusalem doing a Cabinet meeting,” the governor said, according to the Orlando Weekly. He plans to be in Israel during the week of May 25-31.

House Bill 741 cruised through the Florida House and Senate, receiving unanimous votes of approval from both bodies.

The bill, if signed by DeSantis, would make religion a protected class. HB 741 highlights anti-Semitism, calling upon schools to treat such discrimination “by students or employees or resulting from institutional policies motivated by anti-Semitic intent in an identical manner to discrimination motivated by race.”

The bill lists defines examples of anti-Semitism, including:

“Calling for, aiding, or justifying the killing or harming of Jews, often in the name of a radical ideology or an extremist view of religion.”

“Making mendacious, dehumanizing, demonizing, or stereotypical allegations about Jews as such or the power of Jews as a collective, especially, but not exclusively, the myth about a world Jewish conspiracy or of Jews controlling the media, economy, government or other societal institutions.”

“Accusing Jews as a people of being responsible for real or imagined wrongdoing committed by a single Jewish person or group, the State of Israel, or even for acts committed by non-Jews.”

“Accusing Jews as a people or the State of Israel of inventing or exaggerating the Holocaust.”

“Accusing Jewish citizens of being more loyal to Israel, or the alleged priorities of Jews worldwide, than to the interest of their own nations.”

HB 741 also qualifies anti-Semitism pertaining to Israel, giving the examples of “applying a double standard to Israel by requiring behavior of Israel that is not expected or demanded of any other democratic nation” and “delegitimizing Israel by denying the Jewish people their right to self-determination and denying Israel the right to exist.”

[RELATED: Semester in review: 5 most anti-Israel stories in Spring 2019]

The bill does acknowledge that criticism of Israel “that is similar to criticism toward any other country may not be regarded as anti-Semitic.”

Ed Rosenthal, the executive director and campus rabbi for the University of South Florida, told Campus Reform that he is supportive of the anti-Semitism bill, and says it deals with an ongoing problem in the U.S.

“Ironically, Jews are one of the smallest minority groups in the world yet, when it comes to discrimination and prejudice, we seem to get overlooked,” Rosenthal said.

Rosenthal says that anti-Semitism is referred to as the “oldest hatred,” and believes this bill is a step in the right direction in terms of stopping it.

The USF Hillel campus rabbi has a message for state leaders and educators in Florida on how to stop anti-Semitism: “observe the law.”

Roz Rothstein, CEO of StandWithUs, an international Israel education organization, told Campus Reform that her group supports this legislation, stating that it is needed because of the “alarming uptick of anti-Semitism.”

“The first step to defeating a problem is to recognize and define it,” Rothstein told Campus Reform. “Using a clear and consistent definition will help administrators and law enforcement protect students.”

The StandWithUs CEO claimed that this particular legislation does not violate “any First Amendment rights,” noting that “it addresses only unprotected conduct such as vandalism and harassment.”