A University of Illinois commission concluded a report into the school's former Chief Illiniwek mascot.

The commission advised a "public retirement" of the mascot, which “should account for issues of power and avoid the appearance of a unidirectional cultural transaction.” 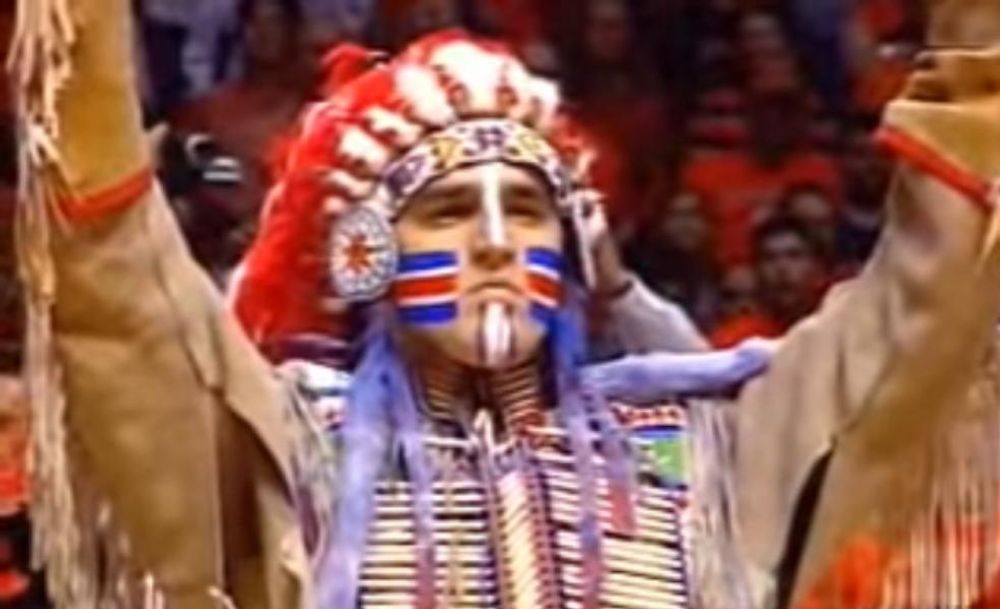 The University of Illinois has concluded a report on the controversial former mascot, Chief Illiniwek, and has determined a “public and formal” retirement of the mascot is necessary, despite it being de facto removed in 2007.

In 2018, UIllinois’ chancellor formed the Commission on Native Imagery: Healing and Reconciliation and tasked it with recommending ways to move forward after having dropped the mascot.

In order to deal with the aftermath of Chief Illiniwek, the committee concluded that a “formal and public retirement of Chief Illiniwek” is necessary and that all stakeholders should be involved. The letter states that this event “should account for issues of power and avoid the appearance of a unidirectional cultural transaction.”

The committee also said that “new traditions” should be put in place to replace those related to Chief Illiniwek, and cautioned that the school should “not rely upon Native American images or traditions.”

In addition, the committee also suggested that the school create a “Native American Liaison Officer” role in the Chancellor's office, which would be used as a “conduit” to Native American tribes and organizations.

However, the report was criticized even by those who helped write it, according to WILL Radio.

“Very disappointed in the Chancellor’s Chief #illini report," Dan Maloney, a member of the committee, tweeted. “Pro-chief viewpoints were ignored and dismissed throughout the process. I can’t and won’t support the findings and neither will the other Pro-chief members. The whole process was flawed from the beginning.”

UIllinois Chancellor Robert Jones noted “some very vocal and visceral reactions” but stated “at the end of the day, my obligation is to protect and to advance the culture and the academic excellence of the university,” according to WILL Radio.

Blair Nelson, a UIllinois student, suggested that while there is a divide in the community over this issue, the report was very one-sided.

“It’s clear the Chancellor’s report was not intended to promote discussion but to end it,” Nelson told Campus Reform. “The report does nothing to ignite meaningful dialogue and thus will only serve to further damage the community.”

“For the Chancellor to attempt to purge Illinois of any vestiges of Native history, imagery, and culture is an incredibly hurtful attack on many underrepresented people in the Native community,” the UIllinois student, who is also a Campus Reform correspondent, claimed. “Illinois needs to take responsibility and represent their history in an honorable way, like our Collegiate peers at Florida State or local professional organizations like the Chicago Blackhawks.”