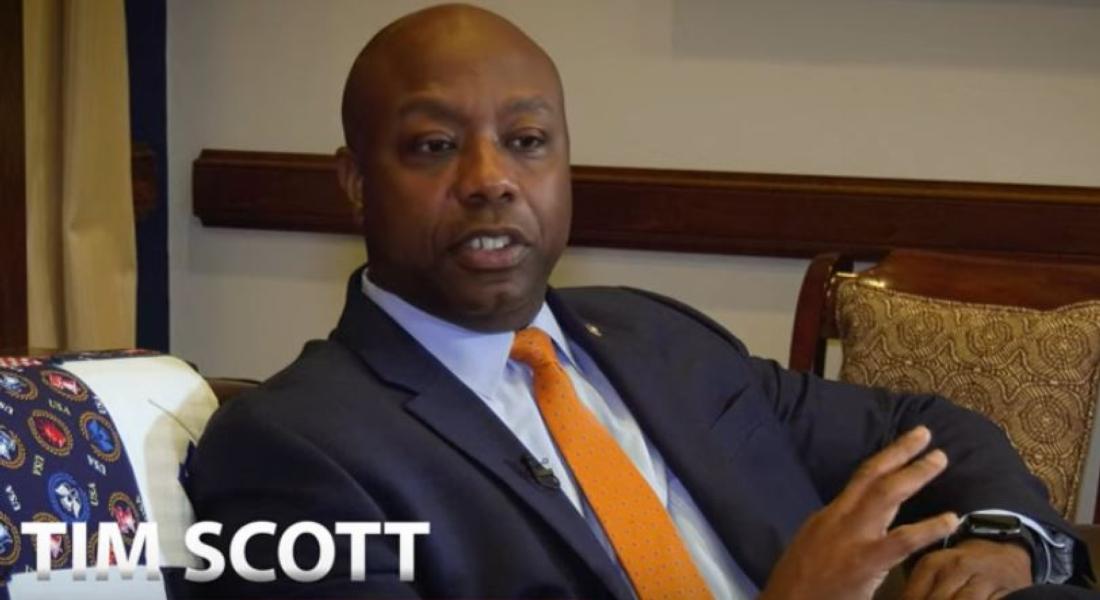 Earlier this year, Sen. Tim Scott (R- SC) sponsored the Anti-Semitism Awareness Act, a bill that seeks to fight the spread of anti-semitism on college campuses.

Campus Reform’s Emma Meshell joined Scott in his Washington, D.C. office for an exclusive interview to discuss the bill and get his perspective on the state of higher education today.

“The concepts of life, liberty, and the pursuit of happiness start with the fact that we have to respect people who are not like you."

Citing a sharp increase in anti-Semitism on college campuses in the past three years, Scott explained that his legislation seeks to establish a consistent and detailed definition of anti-Semitism at the federal level.

[RELATED: Senators aim to crack down on campus anti-Semitism, of which there is plenty]

“If you look at the last three years, there’s been a 100 percent increase in anti-Semitism on college campuses. We’re trying to combat that, and hopefully this sends the message on who we are as Americans, which starts on our college campuses,” he said, referencing the legislation’s purpose.

Scott also spoke to the importance of students understanding our nation’s history. He said, “understanding the founding principles that have guided us for 243 years is incredibly important,” continuing on to say that "if you build the foundation on the rock, it withstands the storms that come...Knowing your foundation and your history is an important part of the equation.”

“The concepts of life, liberty, and the pursuit of happiness start with the fact that we have to respect people who are not like you. That’s a fascinating concept that is unique to the American psyche and identity,” he said, in reference to a need for civility in America.

Calling for increased dialogue and discourse on our campuses, Scott said, “we don’t have to agree with one another, but we do have to respect each other.”

Touching on the future of America, Scott called for students to learn about our history as a nation, saying, “this human experiment in America has proven to be the most amazing transformational experience the world has ever seen. For it to continue, we need our college students and future leaders embracing the concepts that were a part of our foundation.”

“We are starving for civility in the public forum,” Scott said, in reference to the harsh discourse that is common today.

He continued to touch on how conservative students can make a difference by explaining, “If we could encourage people to think through absolute truths, we will find ourselves engaging in a civil and public debate that allows both sides to come to the table... conservatives will win every time.”