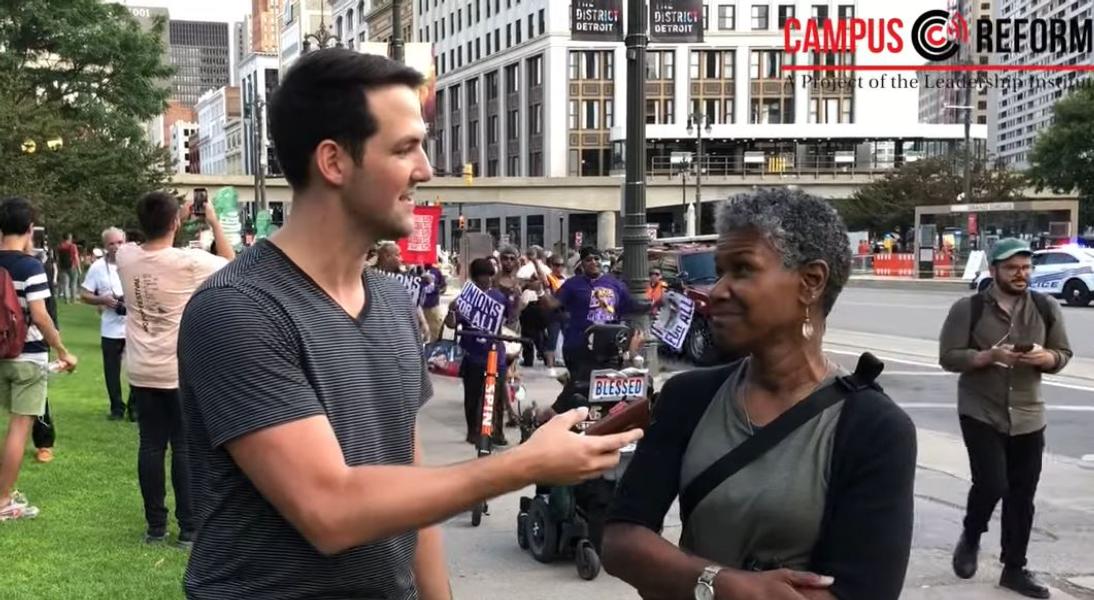 Benefitting from near-universal name recognition, Biden has cruised to this point in the race, with substantial leads in early primary states like Iowa and South Carolina. Opponents of Biden say though he’s made a career in politics, he lacks a singular accomplishment.

“I don’t know of a specific accomplishment of his.”

Wanting to know if Democrat voters could disprove this line of attack, Campus Reform's Cabot Phillips headed to Detroit, home of the second Democrat presidential primary debates, to talk with debate attendees about their thoughts on Biden and what they viewed as his main accomplishment.

It soon became clear that few voters had an answer.

“I’ll be honest with you, I’m drawing a blank on what he’s accomplished,” one debate attendee said, while another added, “I don’t know of a specific accomplishment of his.”

Others simply touted the fact that he was President Barack Obama’s vice president. Others flatly stated “no” when asked if they could name a specific accomplishment.

Did anyone have a specific answer?

Watch the full video to find out.