Campus Reform | UT-Austin instructor: Trump 'is a Nazi' and 'you are too if you still support him'

UT-Austin instructor: Trump 'is a Nazi' and 'you are too if you still support him'

The instructor also advised Republicans emailing him to say they are not nazis to not include their personal contact information.

The UT-Austin instructor who said that Republicans want an "ethnic cleansing" now says that Trump supporters are "nazis."

These statements come after a UT-Austin student group threatened to dox conservative students. 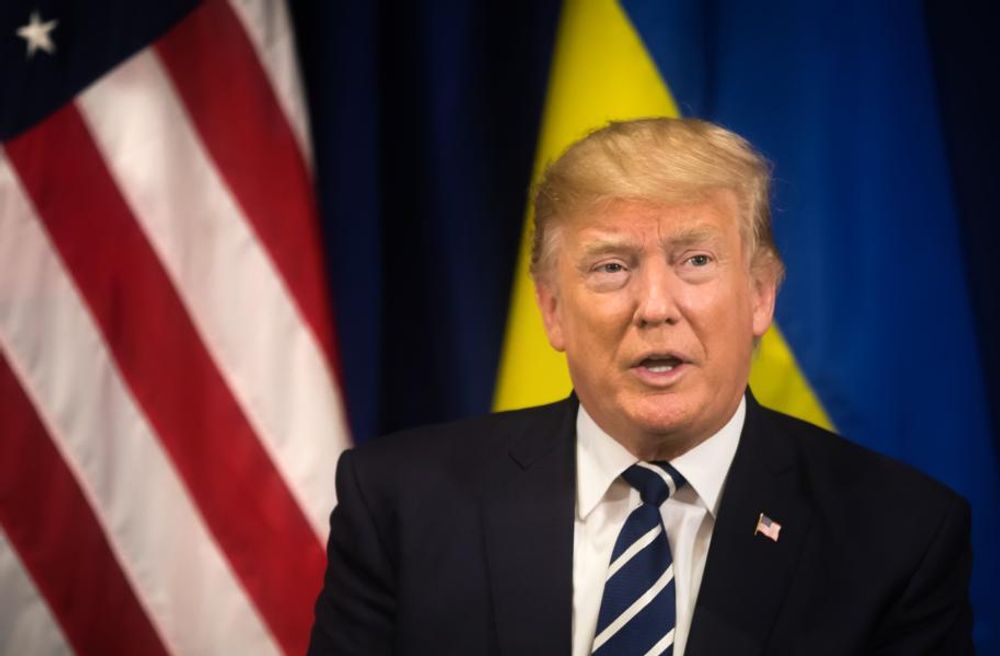 The UT-Austin instructor who came under fire after tweeting that Republicans want an "ethnic cleansing" has since called President Donald Trump and his supporters "nazis" and advised Republicans who email him not to give their personal contact information.

UT-Austin entomology instructor Alex Wild, who a spokesperson for the school confirmed to Campus Reform on August 14 is scheduled to teach at least one course during the fall 2019 semester, tweeted on August 17, "Trump is a Nazi. At this point, you are too if you still support him."

The tweet came in response to Trump tweeting that he is considering labeling Antifa as a terror organization.

The day before that tweet, Wild took to Twitter and wrote, "a few Republicans have been emailing me to claim they aren't Nazis."

"Until they stop the intentional use of torture and child abuse as part of their immigration policy, the decent people of the world are right to draw lines connecting Trumpists to Nazis," Wild added.

In the same tweet thread, Wild concluded by offering Republicans who email him a piece of advice.

"Pro-tip: If you're going to email me a string of insults, remember to purge your home address and phone number from your signature line because WHY WOULD YOU DO THAT," he wrote.

Campus Reform reached out to Wild for comment but did not hear back in time for publication.

The tweet came just days after Wild doubled down on a previous claim in which he stated that Republicans want an "ethnic cleansing."

"Shortly after Trump took office, I noted that Republicans were preparing an ethnic cleansing. Now, in 2019, I stand by that statement. Their thin, panicky public denials stand in stark contrast to their public messaging. And to the growing body count," Wild tweeted on August 13.

"The university follows federal and state law on issues related to Freedom of Speech and is committed to the principles of free inquiry. As such, members of the University community have the right to hold, vigorously defend, and express their personal ideas and opinions," a UT-Austin spokesperson told Campus Reform following the August 13 tweet.

All of this comes as one student group at UT-Austin, the Autonomous Student Network, threatened just weeks ago to release the personal contact information belonging to incoming conservative freshmen students who join conservative student groups. A UT-Austin spokesperson responded to that by stating, “students should never be targeted or face harassment for their affiliations, political beliefs or any other reason."

"The anonymous group behind this doxxing is not affiliated with the university, is not a registered student group, and should not present itself in that way," the spokesperson added at the time.

UT-Austin told Campus Reform then that it had sent a letter to the Texas attorney general's office asking for any legal remedies it could take.

"[The attorney general's office] agreed that we are taking all available steps under the current circumstances," UT-Austin spokesman J.B. Bird told Campus Reform recently. "If a specific threat is made against an individual, we will refer the matter to appropriate law enforcement authorities."

"Regarding personal political comments by faculty members: Freedom of speech is essential for the university to carry out its mission, and to the extent such comments are protected forms of expression, we encourage all members of our community to react to them accordingly, respecting other peoples' free speech rights and countering with their own free speech as they see fit. If anyone in our community feels threatened or believes that someone's actions — on campus or as in this case off-campus — violate a law, we encourage them to reach out to campus police or other law enforcement. If actions violate university rules, they should contact the dean of students," Bird said.

"Mr. Wild needs to seriously think about what terms like 'ethnic cleansing' and 'Nazis' refer to because they definitely carry a much weightier reference than his laissez-faire throwing around of the terms imply," student Lily Bonin, who is also a Campus Reform correspondent, said.

"The University of Texas should seriously consider if having someone, entrusted with the care of their students, support and condone the violence of Antifa is the best way to appeal to future/incoming students and their families," Bonin continued.

"If his last posts were simply wildly misinformed and accusatory, these new tweets show what the actual implications of his incredibly radical world-view are and where his allegiances really stand. Mr. Wild proves his intention of aligning himself with Antifa by proceeding to state that including identifying information including a home address should not be included in emails to him, presumably threatening action on his part based on this information being provided to him," she added.

"This is very scary stuff and I would hope the University of Texas at least will take a very serious look into the instructor."

"This professor is the 'academic left' at its very worst. It's obviously not true. Nobody I know is a nazi. Hopefully, UT admin looks into this insanity," the College Republicans at Texas told Campus Reform.

"I think he's all just talk and chest-thumping. A professor of bugs doesn't really strike fear into any campus conservative. Many other organizations try to dox anybody right of center anyways," the College Republicans added, referring to Wild as "just some dude who's full of hate who is making himself look pathetic."

Other students with whom Campus Reform spoke offered a variety of different opinions, which will be included in a forthcoming video.

"I think professors should be neutral. I don't think they should tweet things like that and make their students feel uncomfortable," one student told Campus Reform's Cabot Phillips.

Another student said, "I think as a professor he wouldn't take any part in that. He's supposed to be a leader and an authority and it will impact the students' attitude with him." Yet another student commented to Phillips, "I have never supported Trump...but there should be an heir of professionalism when it comes to being a professor."

Others called Wild's tweet "perfectly fine" and said that they "wouldn't say he's in the wrong."

Editor's note: Lily Bonin, who is quoted in this article, is also a Campus Reform Campus Correspondent.