Campus Reform | BREAKING: Iowa prof who said 'I am Antifa' is now out of a job

BREAKING: Iowa prof who said 'I am Antifa' is now out of a job

The statement comes as President Donald Trump has stated that he is considering labeling the far-left group a domestic terror organization.

An Iowa community college adjunct professor has told a local news outlet, "I am Antifa." 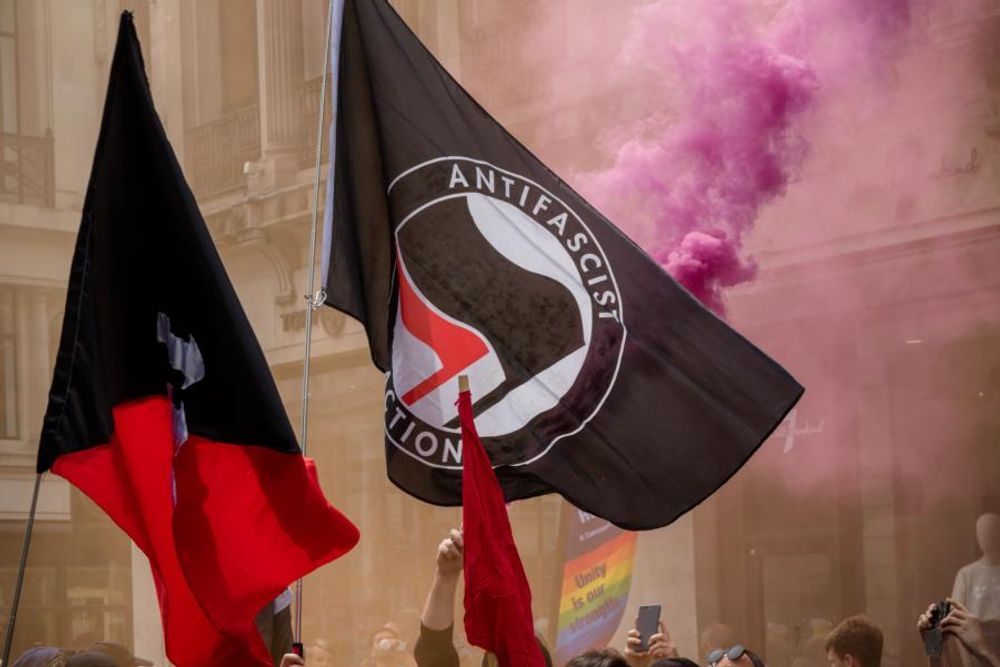 "With the safety of our students, faculty and staff as our top concern, we made the decision this morning to identify an instructor who will take over the one course that Mr. Klinzman was to have taught this semester. We have spoken with Mr. Klinzman this afternoon about this matter and have accepted his resignation," KCC President Lori Sundberg said.

"I understand that our decision to remove Mr. Klinzman from the classroom may be supported by some and criticized by others. I also understand that in today’s climate, some may use this decision to support broader arguments about free speech on college campuses. That’s why I want to be very clear with you the reasoning behind this decision. It is Kirkwood leadership’s assessment that the attention this matter has garnered has the potential to create an environment that is disruptive to our mission. Our decision to remove Mr. Klinzman from the classroom has nothing to do with the substance of his views or his right to express them. Rather, our decision is based solely on our commitment to fostering a safe learning environment for our students, faculty and staff," the community college president added.

An Iowa community college professor is under scrutiny after being exposed for supporting the far-left extremist group, Antifa.

A KCRG-TV investigation revealed that Kirkwood Community College Adjunct Professor Jeff Klinzman, who the college's website lists under the English Department, claimed that he is part of Antifa, expressing support for them on his personal social media accounts. When contacted by the news outlets, Klinzman said, “I affirm that I am Antifa,” but declined to be interviewed.

According to the report, he has not apologized for his participation in the group.

Campus Reform reached out to both the Sanders presidential campaign as well as his Senate office but did not hear back.

According to the report, Klinzman commented on a screenshot of a tweet from President Donald Trump on the “Iowa Antifa” page by saying “Radical Left Wack Jobs who go around hitting...people over the heads with baseball bats. Yeah, I know who I'd clock with a bat...."

In 2012, Klinzman posted on Facebook that “This is what the country will come to if we don’t stop Evangelical Christians,” and then quoted an excerpt from what KCRG-TV termed a "poem," saying “Kill them all, and bury them deep into the ground, Before millions more are tortured to death.”

He went on to say: "It’s not pretty, and I’m not proud, but seeing what Evangelical Christians are doing to this country and its people fills me with rage and a desire to exact revenge."

[RELATED: Antifa adds Andy Ngo to list of victims. Meet some of the others.]

According to the report, Klinzman said that his social media posts caused members of the Kirkwood Community College community to complain to the school.

A supposed parent of a Kirkwood Community College student posted on the school’s social media page, saying “Parents...go to Jeff Klinzman’s FB page. See the bias. See the pro communist posts. See the hate. See the advocacy for violence. Ask yourself why a man so filled with hate is teaching. Why am I spending thousands of dollars for a CC that supports Antifa hate?"

Klinzman has a 2.5 out of five rating on RateMyProfessors.com.

"Whatever you do, don't interrupt him when he's telling stories about his glory days of protesting, and how much of a rebel he thinks he still is," one anonymous user wrote in August 2017. "He's mean, he's a bigot, and he's sexist as heck. He treats the female students who aren't hairy pitted feminists like they are garbage."

"Way too opinionated and grades fluctuate based on your ideology," another review from that month claimed. "He will not admit he made an error, and will punish you for showing him it. Most of the assignment topics were taken from other college website curriculum."

A November 2018 review termed a class taught by the professor "very opinion-based."

Gabriel Nadales, who is an employee of Campus Reform's parent organization the Leadership Institute, but also a former Antifa member, told Campus Reform, "it would be great if Professor Jeff Klinzman was a lone supporter of Antifa, but unfortunately, there are many professors who support Antifa’s violent ideology."

"As a Regional Field Coordinator for the Leadership Institute, I often work with students who tell me about their professors who profess a left-wing ideology which makes them hide their conservative views out of fear that the professor will dock their grade," Nadales said. "Professors have a duty to their students to be fair and balanced in the classroom."

Kirkwood Community College did not respond to a request for comment in time for publication, calling it a personnel matter.

Klinzman declined to comment to Campus Reform, claiming that he "got burned" by the local media outlet.