British university banned beef, but this Ohio school is standing strong against push to ban lamb 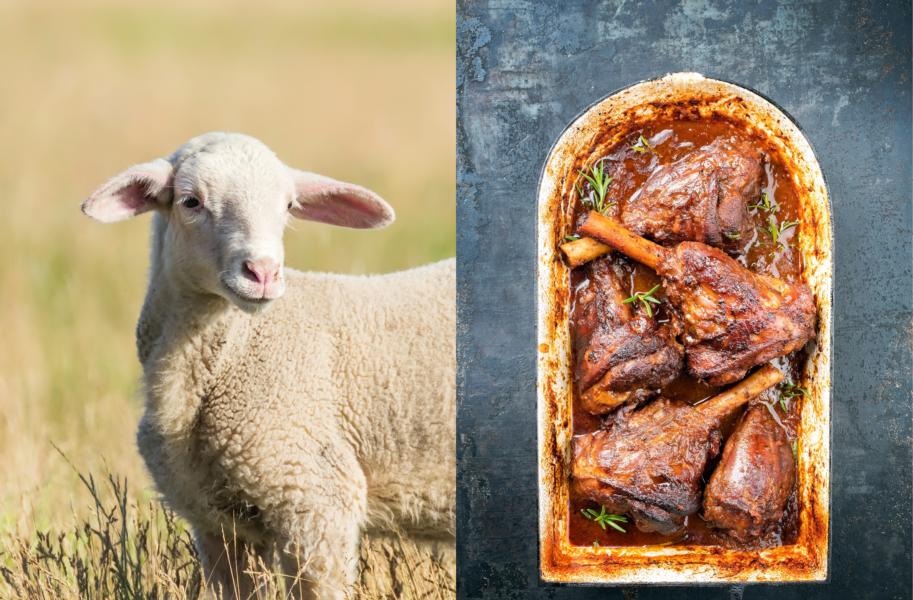 Just weeks after one university in the United Kingdom made headlines for banning beef from campus, an Ohio school is gaining attention for its response to a professor asking that it not harvest lambs for food.

Dr. David Nibert, a sociology professor at Wittenberg University, described in an article in The Daily Beast his attempt to save nine lambs from being used for food on the Antioch College Farm.

The Antioch Farm is a “working farm and learning laboratory.” The college intended for the farm to enhance the liberal arts education by allowing “students to experience, explore, and develop methods of sustainability, through its interwoven functions as an outdoor laboratory for curricular study and a living forum where student labor connects to campus dining and recycling.”

Antioch College intends for the lambs to reduce the school’s carbon footprint via their high-nutrient manure and grass diet, according to Cleveland.com.

But Nibert, who advocates abolitionist veganism -- the use of zero animal products -- and has authored books like “Animal Rights/Human Rights” and “Animal Oppression and Capitalism,” does not see eye-to-eye on the college’s farm-to-table practice.

“The college is using the lambs as ‘living lawnmowers’ in a field of solar panels, but later this summer the college will kill the lambs and feed them to students,” the professor said in his petition, which had garnered more than 8,000 signatures at the time of publication. “The use and impending death of the lambs is hailed by the college as a lesson in the production of ‘real’ food.”

“But the lambs are not carrots and turnips.”

“[Antioch’s practices] seek to educate by offering pragmatic, knowledge-based solutions to the daunting global challenges we face with regard to developing and sustaining healthy food systems,” Manley responded in a July letter, according to the Daily Beast. “They support a reasonable range of personal dietary preferences in our kitchens and they respect the right of individuals to make choices for themselves from what is offered, including seasonally, meat from the sheep (and chickens and ducks) that are kept on the farm.”

“On the matter of the sheep, at this point, I have made the college’s position clear and will have nothing further to offer in response.”

This response differed from an August decision by the University of London to ban hamburgers in an effort to fight climate change.

[RELATED: Univ. BANS BURGERS to combat climate change. Where could it happen next?]

After receiving the response, Nibert created the aforementioned petition but also started posting fliers, which Antioch called a “nuisance” in a cease-and-desist order, the Daily Beast reported. The professor created a Committee to Save the Antioch Lambs and also obtained support from more than 100 scholars.

“Lambs are not things, they are not tools, and they are not food,” Corey Wren, chair of the American Sociological Association’s Animals & Society section, said, according to the Daily Beast. “They are persons who care about what happens to them, just like us.”

“Is this how you teach students about compassion?” an individual asked on the petition. “No wonder why there are so many school shootings in this country. Lambs are actually not food. They are living, emotional, sentient beings who feel pain.”

Nibert’s efforts “have incited hateful rhetoric and harassment of employees and students from outside of the area,” a spokesperson for the college told the Daily Beast.

Campus Reform reached out to Nibert for comment but did not receive a response in time for publication.