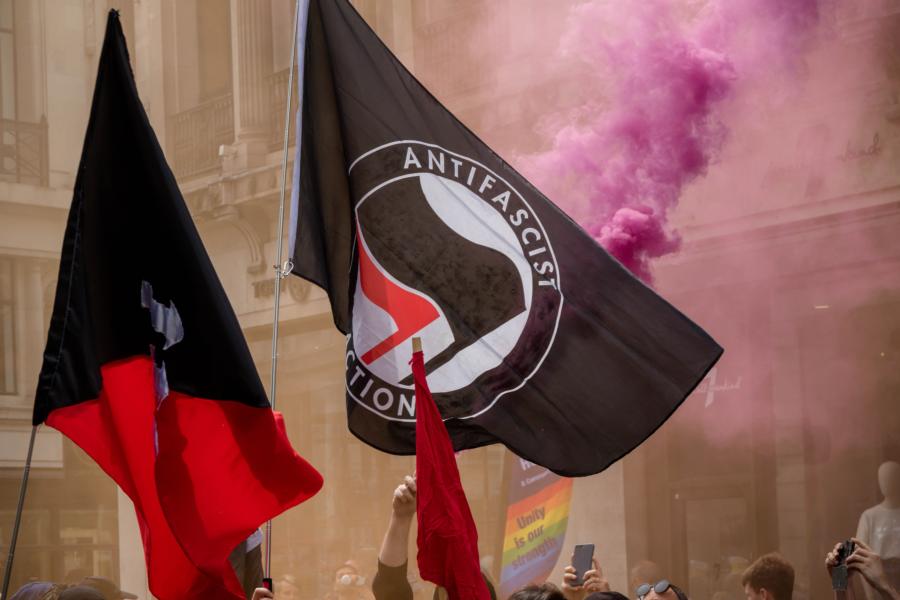 The president of the Iowa community college that faced nationwide backlash after one of its professors declared his support for Antifa is speaking out about the school's "decision to remove" him from the classroom, just days before the start of the new school year.

In an interview with a local newspaper, Kirkwood Community College President Lori Sundberg suggested she had no regrets with the "decision to remove" professor Jeff Klinzman after Klinzman stated to a local TV station "I affirm that I am Antifa."

"at the end of the day for me, if I’m found legally wrong on this, I can live with that."

While Sundberg told the Cedar Rapids Gazette that "there is no evidence that he has espoused those views in his class," she cited the perceived threats to the safety of students and faculty on campus as a result of the professor's speech. She went on to suggest that she has no regrets with the decision to remove Klinzman.

[RELATED: Iowa prof who said 'I am Antifa' is now out of a job]

"Once the news story ran and we had this outcry from the public and what we perceived as threats — at the end of the day for me, if I’m found legally wrong on this, I can live with that. But if I make a wrong decision regarding the safety of the students, and he’s harmed, our students are harmed, or other faculty are harmed, I can’t live with that," Sundberg said, according to the Gazette.

That comment is in line with the statement Sundberg made Friday when she said "our decision to remove Mr. Klinzman from the classroom has nothing to do with the substance of his views or his right to express them. Rather, our decision is based solely on our commitment to fostering a safe learning environment for our students, faculty, and staff."

Despite this distinction, however, free speech nonprofit the Foundation for Individual Rights in Education (FIRE) sent a letter to the college, stating how it believes that Klinzman's First Amendment rights were violated: "Klinzman spoke as a private citizen on matters of public concern, and his speech, not amounting to unlawful 'true' threats or incitement, is protected by the First Amendment. By constructively terminating Klinzman, Kirkwood impermissibly subordinated his First Amendment rights to the approval of a hostile audience."

Campus Reform reached out to Sundberg for further comment, but did not hear back in time for publication.