'Freedom of speech' vs. 'freedom from consequences': Cabot Phillips weighs in (VIDEO) 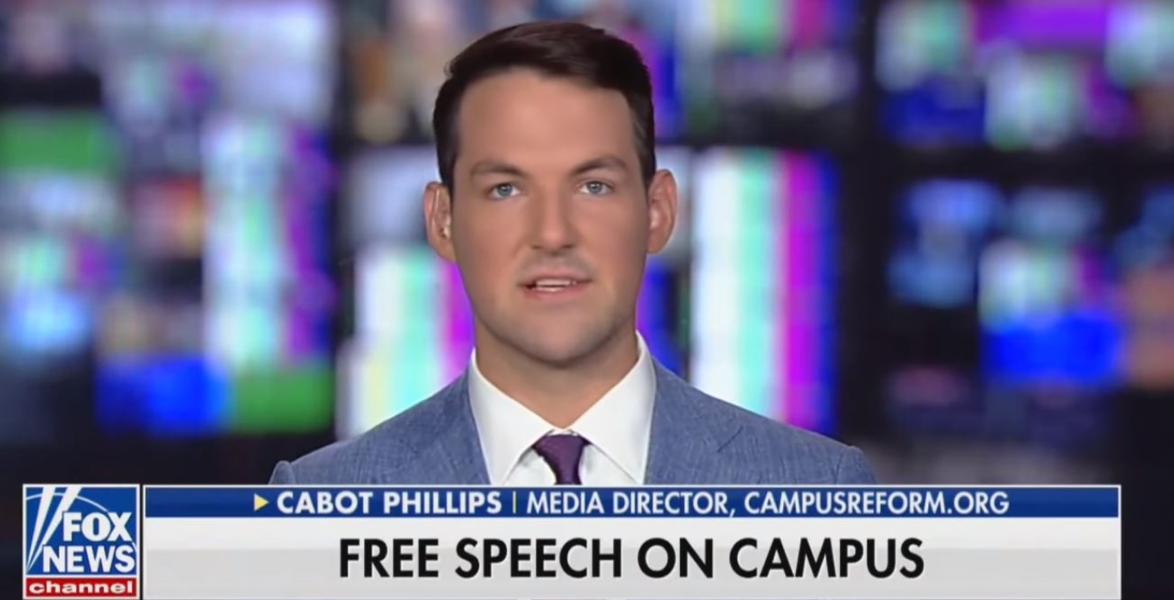 Professors and instructors have made headlines recently for their controversial, politically-charged statements outside the classroom, leading to widespread public criticism. That criticism, including some calls for those professors and instructors to be disciplined, has renewed the debate over whether one's speech is also immune from consequence.

There was the UT-Austin instructor who tweeted that Republicans want "ethnic cleansing." Then he later called President Donald Trump and all of his supporters a "nazi." He then urged Republicans emailing him to say they are in fact not "nazis" not to include their personal contact information, as conservative students on campus face the threat of doxing from one leftist group.

"there's not freedom from consequences even though there's freedom of speech"

Campus Reform has also reported on a professor at Kirkwood Community College in Iowa, who was "removed" from the classroom after he told one local news outlet, "I am Antifa."

Those are just two cases where free speech and public safety concerns have been juxtaposed as colleges face criticism from all sides.

On the one hand, there is that of Campus Reform Media Director Cabot Phillips who, in a recent interview with Fox News, said "there's not freedom from consequences even though there's freedom of speech," while discussing the UT-Austin instructor.

On the other hand, there's the view espoused by the Foundation for Individual Rights in Education, among others, who say that any consequences for such protected speech is unconstitutional and violating those individuals' First Amendment rights.

"[The professor] spoke as a private citizen on matters of public concern, and his speech, not amounting to unlawful 'true' threats or incitement, is protected by the First Amendment. By constructively terminating Klinzman, Kirkwood impermissibly subordinated his First Amendment rights to the approval of a hostile audience," FIRE stated in a recent letter to Kirkwood Community College.

But as Campus Reform reported recently, Kirkwood Community College President Lori Sundberg pointed out that the freedom to say certain things that are controversial is entirely separate from the responses it could trigger. In the case of Kirkwood Community College, the responses to the speech---not the speech itself--- is what led the school to "remove" the professor from teaching.

"Our decision to remove Mr. Klinzman from the classroom has nothing to do with the substance of his views or his right to express them. Rather, our decision is based solely on our commitment to fostering a safe learning environment for our students, faculty, and staff," Sundberg said.