Syracuse U. chancellor defends free speech, but some say otherwise 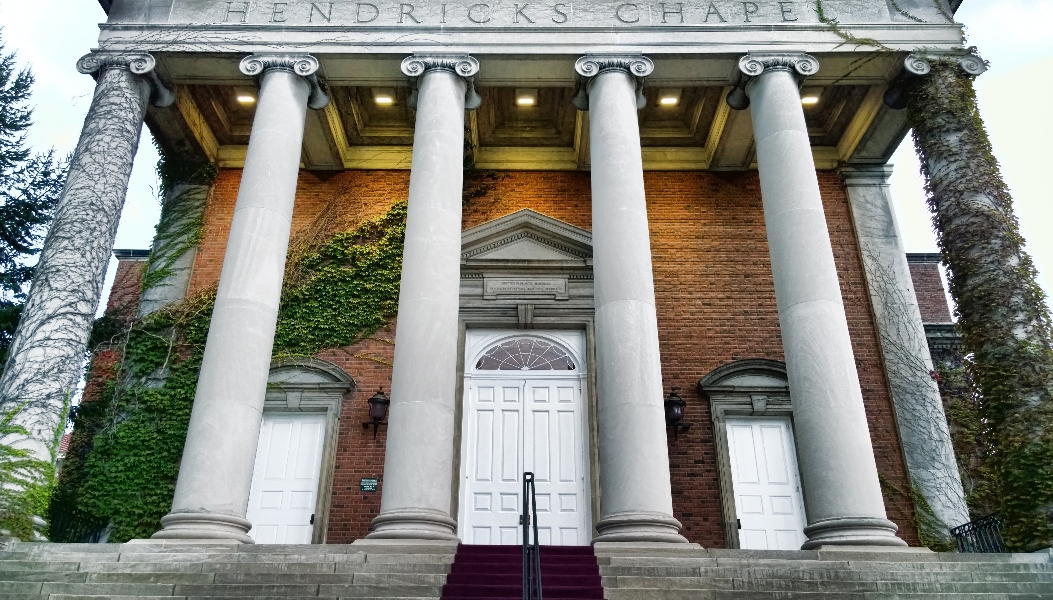 Syverud challenged the idea of comfort when discussing ideas and said “seeking knowledge requires” that students be willing to be “uncomfortable.”

"when you are seeking knowledge, you better be ready to be uncomfortable"

“In a real university, when you are seeking knowledge, you better be ready to be uncomfortable,” Syverud said. “And that’s because when you are genuinely seeking knowledge, you learn things you did not previously know, and sometimes you learn them from people you disagree with. And indeed, sometimes—indeed for me—what you learn is genuinely disruptive—and it can disrupt your whole worldview.”

Syverud added that students are “unlikely to learn very much” in a comfortable setting.

“The definition of 'comfortable' in academia really is the situation where you only listen to and hear from people with whom you already completely agree,” he said. “A great university is not like, and we cannot become like, many viewers of Fox News and MSNBC.”

Syverud added that Syracuse should consider different viewpoints in the hiring process.

“I think [students] need to be exposed to a true range of views, not a rigidly enforced and homogenous orthodoxy. That exposure is very difficult to achieve at a university, or in a department, where the faculty are too ideologically uniform,” the chancellor said. “In hiring new faculty, I believe our university needs to be more attentive to this issue, and more concerned.”

Syverud’s remarks divided the Syracuse community and even drew responses from professors. According to the campus newspaper The Daily Orange, several professors were alarmed by the chancellor’s comment and reached out to him for clarification.

One professor, Mark Rupert, criticized Syverud’s defense of free speech and acknowledged “complaints of partisanship” against him after stating he would not give credibility to the “contemporary Republican Party.” Rupert accused the Republican Party and President Donald Trump of embracing racism and said it was “therefore not possible to honestly discuss contemporary politics with students unless this decades-long politics of race-baiting is named and documented with evidence.” He also stated he must name the Trump administration as “a regime of racism, lies, and demagoguery.”

While Syverud’s remarks called for free expression on campus, free speech nonprofit the Foundation for Individual Rights in Education (FIRE) said Syracuse’s actions fall short of the standard set by the chancellor and told The Daily Orange that Syracuse has “flagrantly violated” the free speech rights of its students.

In a statement to Campus Reform, FIRE Program Officer Zachary Greenberg listed several incidents where Syracuse had violated free speech rights. Among these included an investigation into a law student for a sarcastic blog and a threat by Syracuse to censor Halloween costumes in 2010, and suspending Theta Tau fraternity members for performing a private satirical skit in 2018.

“Syracuse University has made clear that its students simply do not enjoy the same expressive freedoms as the rest of America,” Greenberg told Campus Reform.

Campus Reform reached out to Chancellor Syverud’s office for comment on FIRE’s criticisms and was referred to Syverud’s initial remarks.

More recently, Syracuse University faced criticisms for rejecting a Young Americans for Freedom (YAF) chapter from forming on campus, citing, in part, the club requirement to accept the “superiority” of the U.S. Constitution, calling it "exclusionary."

“Accepting our YAF chapter is the first improvement I’ve seen for free speech on campus in two years," Murray said. "The chancellor’s nearly-simultaneous remarks in support for the First Amendment gives me hope the university is actually recognizing the problem that free speech is being suppressed on campus."

“I want to believe that the university is getting serious about fostering a diverse range of viewpoints and protecting the First Amendment rights of all students, not just those echoing the far-left sentiments of the pop culture. Our YAF chapter was accepted within the same time period that our chancellor gave his remarks on free speech,” Murray said. “I’m not sure if any of it was inspired by the Free Speech Executive Order that the President signed this past spring. Regardless, I hope this step forward by the university is genuine.”