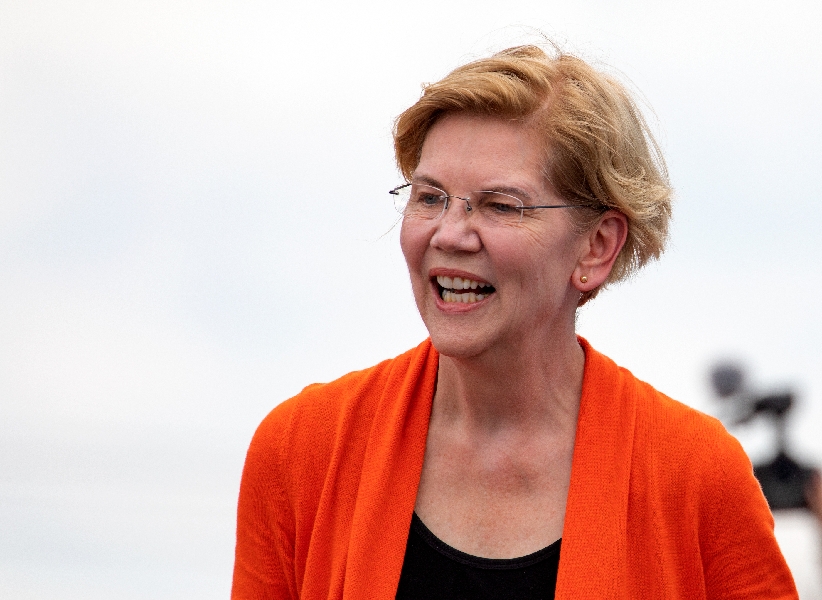 Sen. Elizabeth Warren has jumped ahead of Sen. Bernie Sanders when it comes to support among American college students who identify as Democrat or Democrat-leaning, a key voting bloc that previously favored Sanders.

Meanwhile, 27 percent of students say they would vote for Sanders over other Democrat candidates, as of Oct. 15.

Since then, support for Warren among self-identified Democrat and Democrat-leaning college students has increased steadily, while support for Sanders has dropped by six percent.

This polling comes as a new Tufts University study shows that the number of college students who voted doubled between 2014 and 2018.

The results follow Sanders' recent heart attack just before the latest Democrat debate in Ohio, where, when asked about his personal health, Sanders responded, "I'm healthy. I'm feeling great" according to a debate transcript published by The Washington Post.

Sanders then went on to allude to a campaign event in New York City, where Rep. Alexandria Ocasio-Cortez endorsed the Vermont senator.

In the latest debate, both Sanders and Warren, who both support Medicare for all and free college for all, were pressed by Democrat moderates such as Vice President Joe Biden on how they would pay for such expensive government programs, which experts say would cost trillions.