She wanted the students to protest conservative commentator Michael Knowles, "who has been made known for his racist and transphobic comments," according to emails published by the group.

But the instructor reportedly did a bit of a 180 when confronted.

Young America's Foundation says Kennesaw State University instructor Jalessah Jackson emailed students to inform that they would be expected to attend a protest in place of class. 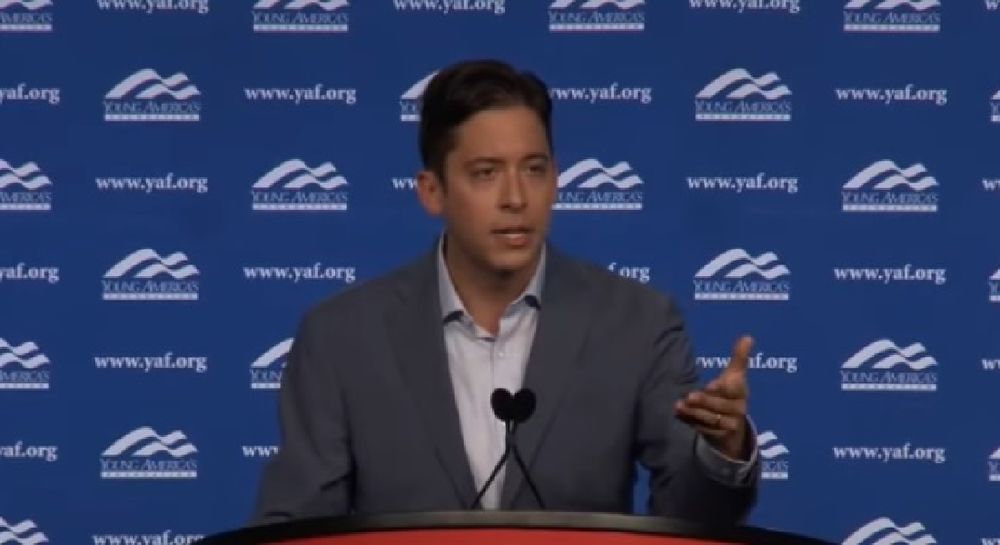 A conservative student organization says that one Kennesaw State University instructor emailed her class Monday afternoon, telling them that they are “expected” to be at a protest against “transphobic” Michael Knowles, a conservative writer and podcast host at The Daily Wire, whom the Georgia school's Young Americans for Freedom chapter hosted that night.

According to a screenshot of the email obtained by Young Americans for Freedom (YAF), the instructor, Jalessah Jackson, emailed her gender and women’s studies “Love and Sex” students that she would be changing the class meeting location to protest against Knowles. Campus Reform was unable to independently verify the authenticity of the email posted by YAF.

“I am emailing to inform you all of today’s class format and meeting space,” Jackson wrote, according to YAF. “KSU Young Americans for Freedom will be hosting a transphobic [sic] today, Monday, Oct. 21, called ‘Men are not Women’ with Michael Knowles, who has been made known for his racist and transphobic comments. You may know him as the man who was recently banned from Fox News for calling Greta Thunberg a ‘mentally ill Swedish child.”

“As a class, we will be coming out to support trans students at KSU,” the instructor continued, according to the published emails. “We want to communicate to the campus and broader community that transgender people have advocates on campus who support them and their right to exist. Although the event is from 4-7pm, you all will be expected to be present during class time 5:00-6:15pm. However, feel free to come early and stay the entire time.”

Jackson appeared to backtrack when contacted by YAF’s parent organization, however, and said that attendance was not mandatory.

According to the Daily Wire, a group named Kennesaw State United announced Saturday that it would be protesting the event along with student group Kennesaw Pride.

“KSU Young Americans for Freedom will be hosting a transphobic event this Monday, Oct. 21 called ‘Men are not Women’ with Michael Knowles, who has been known for his racist and transphobic comments,” the Facebook event announcement said. “There is a possibility that transphobes, white supremacists, and others may approach. If approached, please minimize your interactions with them for your own safety and everybody else's. If you're comfortable, however, you may engage in productive conversation away from others as to not disrupt the positive space.”

Kennesaw State University did not comment in time for publication.