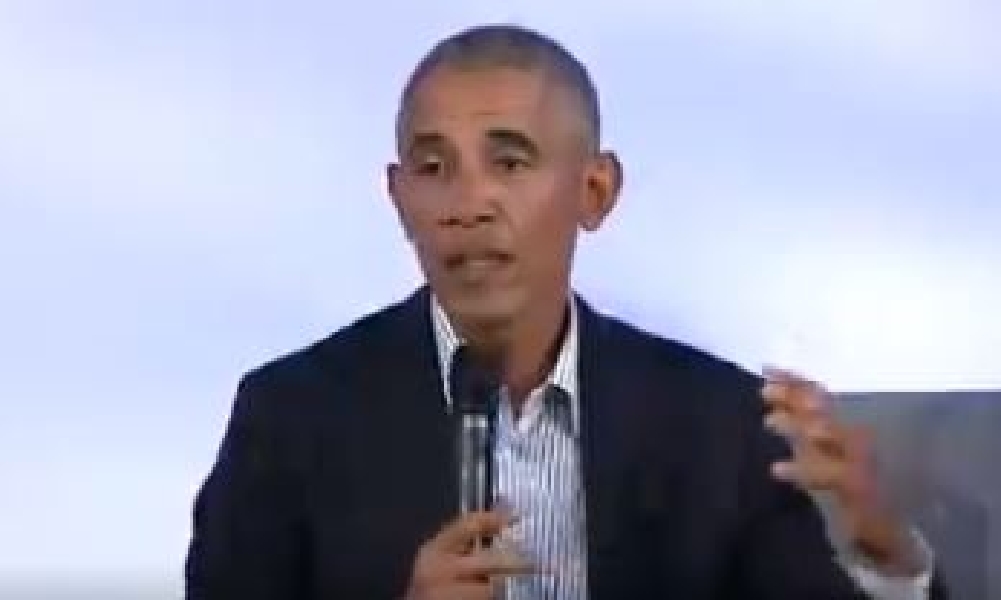 At the Obama Foundation Summit in Chicago, former President Barack Obama slammed the "cancel culture" at colleges and on social media.

According to Macmillan Dictionary, cancel culture is “the practice of no longer supporting people, especially celebrities, or products that are regarded as unacceptable or problematic.”

"The world is messy. There are ambiguities."

“One danger I see among young people, particularly on college campuses...I do get a sense sometimes now among certain young people—and this is accelerated by social media—there is this sense sometimes of the way of me making change is to be as judgmental as possible about other people and that’s enough,” Obama said.

Obama also commented on virtue-signaling behavior, which he suggested has contributed to the cancel culture.

"That's not activism. That's not bringing about change. If all you're doing is casting stones, you're probably not going to get that far."

Former Pres. Obama calls out "woke" social media users who are "as judgmental as possible about other people." https://t.co/t5C4xsmDra pic.twitter.com/mMv6L5yMo7

“Like, if I tweet or hashtag about how you didn’t do something right, or use the wrong verb, then I can sit back and feel pretty good about myself,” Obama added. “‘Cuz man, did you see how woke I was? I called you out!’...That’s not activism.”

He also told the audience that there are “ambiguities,” and criticized the idea of “purity” in the public sphere.

“This idea of purity, that you’re never compromised and you’re always politically woke...you should get over that quickly,” Obama argued. “The world is messy. There are ambiguities. People who do really good stuff have flaws.”

Commentators and celebrities from across the political spectrum praised Obama for his remarks.

He’s right. Good for him. https://t.co/NBMXZFxeFK

Good for Obama. (Not sarcastic!) https://t.co/cwq5mcDc7V