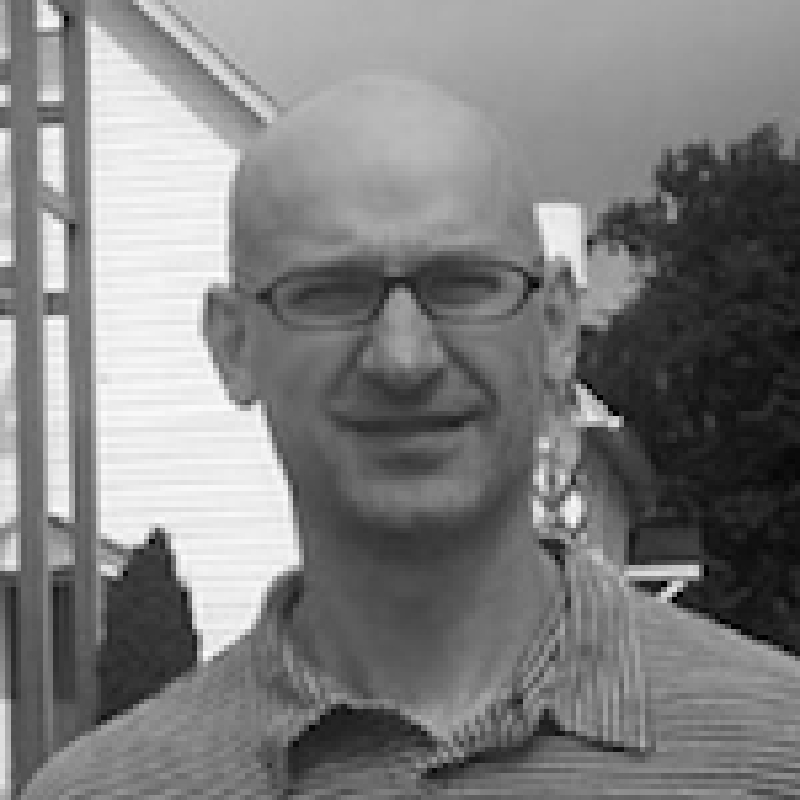 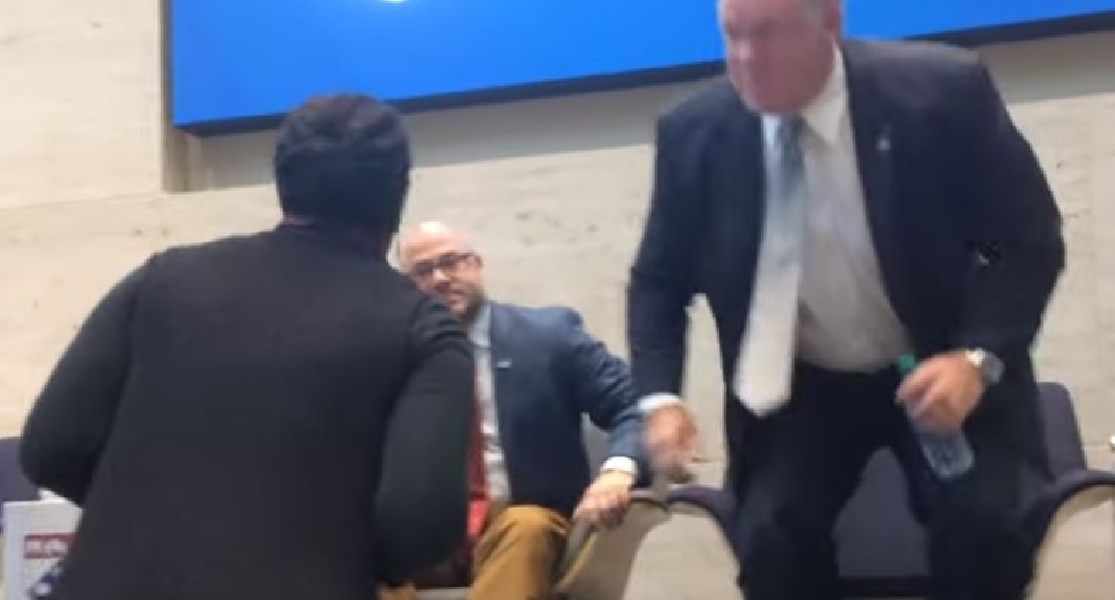 “No Kids in KKKages.”

This is the manner in which students at the University of Pennsylvania, one of the country’s elite institutions of higher education, responded to the invitation of former ICE Acting Director Tom Homan to speak on campus about detention and deportation policy, as Campus Reform previously reported.

Prior to Homan’s arrival, more than five hundred students from UPenn and other elite universities including Columbia, Brown, and Harvard, signed a petition demanding the rescinding of the invitation. The petition described ICE, an agency of the federal government of the United States, as “a violent organization responsible for terrorizing immigrant communities.”

When Homan took the stage, a mob chanted and hurled insults at him. The act of intimidation was successful: the event was canceled. To date, none of the students involved has been punished, and there is no indication that UPenn is planning to move in that direction.

This is just the latest in a growing recent list of such incidents. It is misleading to call them "protests." Historically in the West, "to protest" has meant to publicly and solemnly state some position, frequently oppositional to some other position. But no affirmative, substantive case is made by these UPenn students. They aim not to provide a considered alternative to the ideas to which they object, but only to prevent, through self-righteous incivility and the implicit threat of violence, the very expression of those ideas.

How have these students, among the most privileged and highly educated in the country, come to embrace the brute anti-intellectualism of the violent mob shout down culture that was perfected in the 20th century by extremist, unlettered anti-democrats across the political spectrum, from the communist Red Guards in China to the Nazi Brownshirts alike?

They are now in critical condition.

It was not always this way. The American university of the mid-20th century is today frequently caricatured as a place of stagnant consensus, where critical perspectives were viewed with hostility and systematically persecuted by anti-communist witch hunts. But this portrayal is almost entirely fictional. The reality is that American universities were never more vibrant sites of objective inquiry and pursuit of truth than during the post-WWII period. In every field, they ranked at the top globally and were desired sites for students and scholars around the world.

What produced this robust health of American higher education from the mid-‘40s until around the mid-‘60s? Undeniably, the almost universal acceptance of a core set of academic virtues was an essential element in its success.

The embrace of a wide purview for investigation of even the most controversial topics was perhaps the most important of these traditional academic virtues. Solving difficult problems is made more difficult by eliminating in advance potentially fruitful perspectives and so it was understood that any perspective that rigorously attempts to justify itself argumentatively and empirically ought to be included in the discussion.

In a wide field of debate, disagreement and conflict are inevitable, and methods were needed to keep such conflict sufficiently bounded by rules of engagement so as not to disrupt the orderly functioning of the university. A second academic virtue, therefore, spoke to the need for civility and a courteous, professional demeanor in debate.

The ad hominem attack was recognized as illicit and dangerous.

This civility was undergirded by a third virtue, the assumption of goodwill and membership in a common moral community on the part of interlocutors. Academic debate should be vigorous, but it must not be forgotten that such debate is not war, and it, therefore, must not embrace the ethic of victory alone as the ultimate value. The folks on the other side of the debate are members of the same broader moral community to which we belong and they cannot be denied the same respect and the opportunity to present their arguments that we demand of them.

Just as broader cultural values of marital stability, parental responsibility, ascetic productivity, thrift, and charitable civic-mindedness went into decline post-‘60s, largely due to a cultural revolution led by the children of the elites, so too did the academic virtues begin to wither then, as a result of assaults by academic elites who were the product of the old value system but rebelled against it.

In the universities, as in the broader culture, the pre-‘60s virtues are now under considerable strain, and the shout down culture that threatens to take its place is having the same catastrophic effects in educational institutions that the decline of broader cultural virtues produced in American social life.

This shout down culture rejects the old academic virtue of wide-ranging civil debate and embraces what is claimed, typically without argument, to be a superior method for settling debates: the emotional, personal indignation of the morally self-righteous.

In the shout down worldview, calls for argument, evidence, and civility in disagreement are rejected as impediments to the more fundamental business of determining the rank of various historically aggrieved parties and catering to their emotional needs. Certain groups have suffered historic indignities and offenses, and members of those groups must be allowed to determine what is and what is not within the purview of debate according to the measuring stick of their outrage. If their outrage is sufficient—in their own subjective estimation, of course—then they have a right to shout down and physically intimidate to the point of shutting down those who adhere to the ideas that outrage them.

This is just what the UPenn students did.

Moreover, in the view of these radicals, anyone who argues in defense of the traditional academic virtues can be readily denounced in ad hominem terms as "racist," "fascist," or "white supremacist," and the traditional requirement to make substantive cases can be neatly dodged in the formidable moral wake produced by such inflammatory name-calling. Tolerance for a wide range of diverse arguments? A mere pretense of fascists and racists to make space for noxious ideas that cause at least as much harm to aggrieved groups as physical violence.  Civility? A white male prejudice. Assuming the goodwill of the opponent? Inconsistent with the ferociously Manichaean and self-righteous worldview of ever-indignant wokeness.

The students have not invented this bizarre worldview on their own. There are professors who adhere to it as well, and they teach it to their students.  A voluminous body of "intersectional theory" explicates in great detail how to adjudicate the victim competition and tell whose suffering is greatest, and how thereby to know who has the right to shout whom down. Whole books endeavor to demonstrate how whites use dispassionate, courteous intellectual debate solely as a political tool to keep non-whites in subjugation. Yet nowhere in that body of literature can one find any recognition that a "theory" that sees everyone except white males as unfit for the practice of reasoned and respectful argument is just about the most bigoted perspective imaginable.

If the traditional academic virtues do not prevail against this challenge, the very fabric of American intellectual life is in grave danger and the further decline of American institutions of higher education is inevitable. Someone should inform the UPenn mob that shut down Homan that one of the inevitable consequences of the spread of their Red Guard/Brownshirt shout down ethic will be the destruction of the very institutions in which they are currently enrolled.

Alexander Riley is a professor of sociology at Bucknell University in Pennsylvania.

Alexander Riley is a professor of sociology at Bucknell University in Pennsylvania. He is the author of "Angel Patriots: The Crash of United Flight 93 and the Myth of America." All views expressed are his own and not necessarily those of Bucknell University.