One politically active liberal student came out in defense of his Constitutional Law professor who the protestors accused of pushing “alt-right” interpretations of the Constitution.

Students at Yale University are protesting professors with whom they disagree as part of one student’s capstone art project. 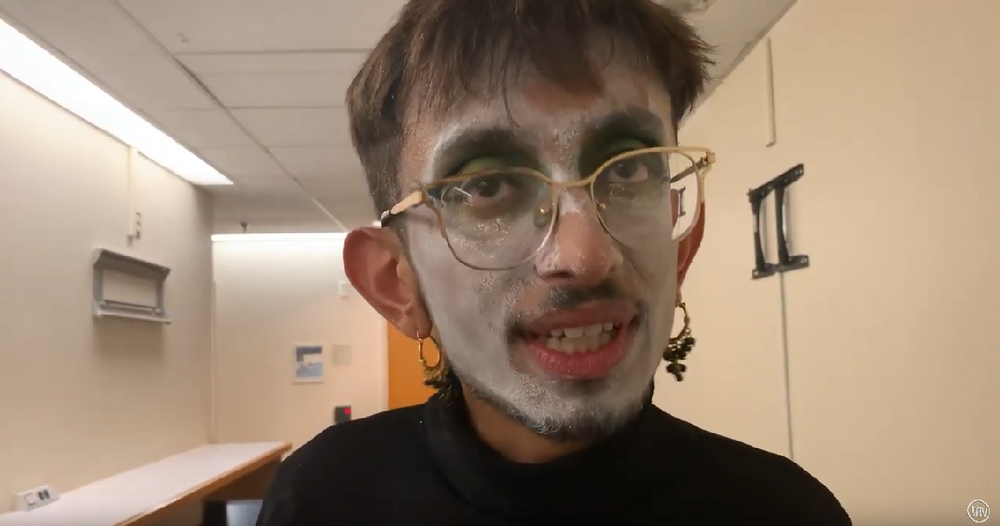 Students at Yale University stormed and protested classes taught by professors with whom they disagree as part of what was supposed to be an art project.

Led by student Zulfiqar Mannan, who is organizing the demonstrations as part of a visual arts capstone project, protests began in November against Professor Emma Sky. Sky is a Global Affairs Professor who is also a British citizen, serving as an Officer of The British Empire.

According to the Yale Daily News, five demonstrators stood outside Sky’s classroom chanting, “Open your eyes, open your ears, you are being taught by those you should fear,” after attempts to enter the classroom to handout pamphlets labeling sky a ‘war criminal’ were unsuccessful. The pamphlets also implied that Sky was a puppet for supposed “imperialism and technocracy.”

These allegations seem to stem from Sky’s previous service as Commander of NATO’s International Security Assistance Force in Afghanistan, along with advising the Commanding General of U.S. Forces in Iraq.

In an email to the Yale Daily News, Sky stated that her classroom is a safe place “for students with different views and backgrounds to debate vigorously the politics of the Middle East and U.S. foreign policy.”

“It is a classroom that values freedom of speech and rigorous debate and that is why so many students compete each year for one of the 18 slots,” Sky added.

After protesting Sky, Mannan continued his project by protesting Law Professor Akhil Amar’s Constitutional Law class. This time, the protesters not only entered the classroom but actually bombarded the lecture stage with more pamphlets at the ready. The claimed that professor Amar, the son of Indian immigrants, has "alt-right" views of the Constitution.

These allegations did not seem to sit well with Yale Law student Duncan Hosie, who happens to be a liberal political activist, having participated in multiple recent protests at Yale, including a sit-in to protest Supreme Court Justice Brett Kavanaugh and the recent disruption of the Harvard vs. Yale football game to insist that the universities divest from fossil fuels.

Even as a liberal activist, Hosie condemned Mannan for these accusations and actions against Amar.

In an opinion piece for the Yale Daily News, Hosie not only scolded Mannan’s "alt-right" label of Amar, but claims it is a drastic falsification.

Hosie writes, “as a law student, I have read, listened to and debated Professor Amar. There is not a scintilla of evidence to support these charges. At its core, Amar’s constitutional vision undermines ‘alt-right’ white nationalism.”

Hosie went on to assert that if Amar is alt-right, “so are Abraham Lincoln and Dr. Martin Luther King, Jr.”

Hosie also emphasized that “scholarship and our democracy” depends on individuals learning from people with opposing viewpoints.

He encouraged Mannan to take one of Amar’s classes or attend his office hours, saying that he felt Mannan might agree with Amar on more than he thinks.  Hosie concluded his op-ed by stating that “students should generally be commended for protesting — a reflection of America’s First Amendment tradition, which incidentally Amar knows quite a bit about,” but that students should choose “different targets.”