Campus Reform | 5 times Antifa has reared its head on campus

5 times Antifa has reared its head on campus

One of the most dangerous campus presences is the violent leftist activist group Antifa.

Here's a look at just a few of the times Antifa caused a problem on campus. 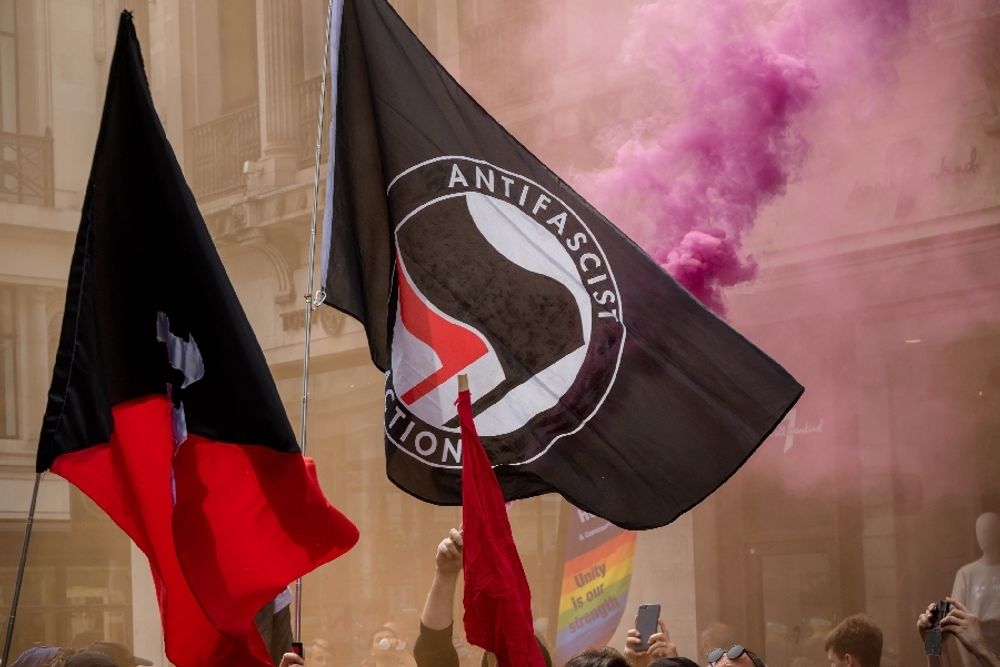 This year, the violent, leftist activist group Antifa made a number of appearances on college campuses. Campus Reform compiled a list of some of the most notable times Antifa showed up on campus in 2019.

The assault came just days after it was determined that the individual would not face any charges for attempting to lock Juma, Thompson and the attendees of the University of Washington-Seattle College Republicans meeting in their meeting room.

The men were wearing Make America Great Again hats and holding a “Free Hugs from a Trump supporter” sign when alleged Antifa members were shown egging and throwing a drink on them, and another student with whom they were conversing

The Trump supporters say the other man was not a conservative, but merely asking questions when struck and bleeding from his ear. In the video the student says, “I’m bleeding in the ear right now...blood, right there…”

Operation Cold Front hosts also reached out to Campus Reform showing screenshots where their location was posted by Antifa-associated accounts.

2. Antifa sets up recruitment shop at University of Florida

Antifa of Gainesville invited college students to their “radical rush” event in an effort to attract new members. Campus Reform attended and obtained flyers that read, “police are part of the problem” and calling on students “confront people who are falling for Trump’s racist solutions”

Univ. of Florida told Campus Reform that they were unaware Antifa was on campus.

The University of Pennsylvania’s College Republicans invited conservative commentator Candace Owens to speak on campus, and an Antifa group encouraged the “shutting down” of the speech.

“I’m not saying anyone should throw water or eggs at her for speaking but Walmart does sell Coyote Urine in a bottle and balloons…” said one member.

Prior to the event, Owens responded by tweet, “Dear Antifa, the year is not 1960 and I am not Ruby Bridges,” “Your threats of violence do not scare me. I will be walking through the front door of UPENN today with my head held high…”

University of Florida’s Young Americans for Freedom chapter made a banner saying “come and take it” with a gun painted on it. Soon after, Antifa members spray-painted over it with a depiction of the hammer and sickle, a symbol for communism and wrote, “Go away.”

An Indiana Antifa chapter urged people to shut down conservative speaker Michael Knowles from speaking at the University of Notre Dame, hosted by Young Americans for Freedom.

The Christopher Colombus themed event sparked responses from Antifa members of the Michiana Anti-Fascist Action group on Facebook, saying, “Which one of y’all goin’ be the first to stand up and promise to end celebration of genocide?” encouraging students to commit to putting a stop to the event entirely.