The strike recently culminated in disruptive protests that resulted in 17 arrests. 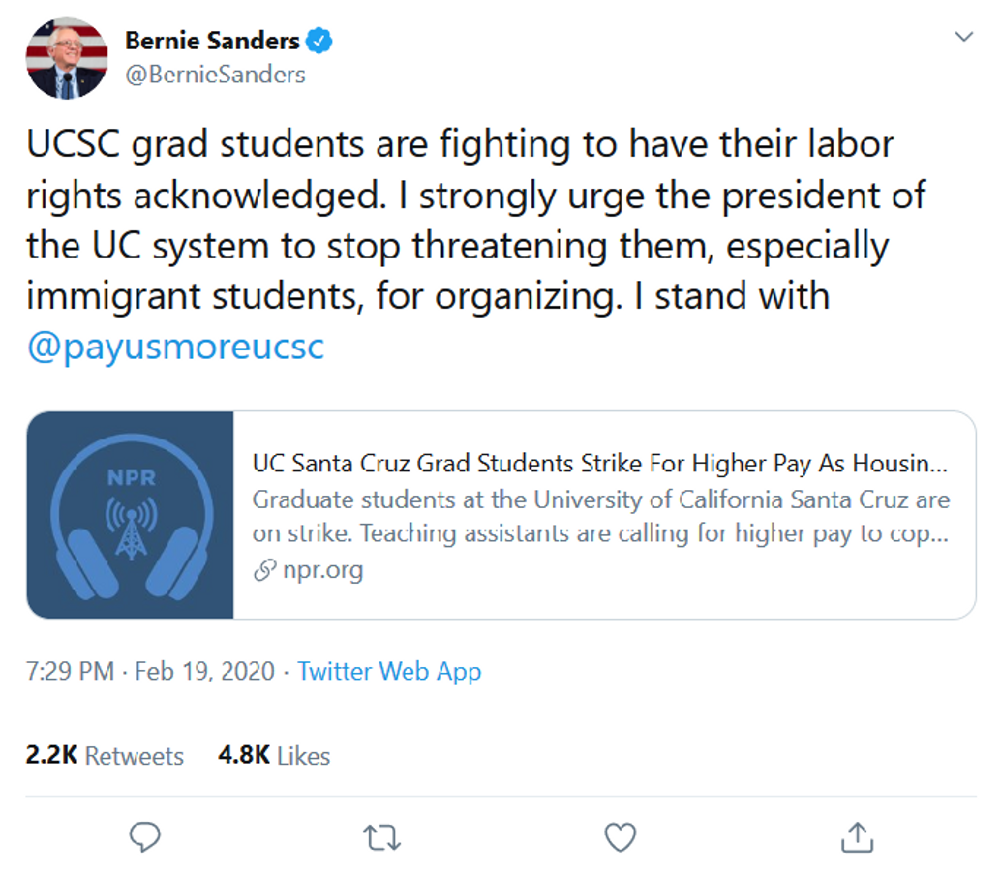 Sen. Bernie Sanders spoke out in favor of a group of striking graduate students at the University of California-Santa Cruz.

Over the past several months, this group has taken over a campus dining hall to offer "free" food to students and withheld fall grades of undergraduate students. Most recently, 17 protesters associated with the effort were arrested.

Sanders spoke out in support of the students Wednesday night, in a tweet.

UCSC grad students are fighting to have their labor rights acknowledged. I strongly urge the president of the UC system to stop threatening them, especially immigrant students, for organizing. I stand with @payusmoreucschttps://t.co/x03yyR70ZT

"UCSC grad students are fighting to have their labor rights acknowledged," he wrote. "I strongly urge the president of the UC system to stop threatening them, especially immigrant students, for organizing. I stand with @payusmoreucsc."

The students' effort to compel the school to provide a cost of living adjustment to their wages began in December with a grading strike. Some students still have not received grades from UCSC's fall term due to the striking students' refusal to conduct grading duties associated with employment as graduate student workers.

Students in support of the strike took over a campus dining hall in December, ushering students through the entrance and encouraging them not to swipe the meal cards and in effect not pay for their food.

In February, after escalating their grading strike to a general strike, 17 students were arrested during disruptive protests for blocking a major roadway entrance into campus to demand a pay increase because of high rents in the area.

"We are giving these students one final opportunity to fulfill their teaching responsibilities and show that they can fulfill future responsibilities," the school wrote.