Prof who used n-word in academic context learns his fate 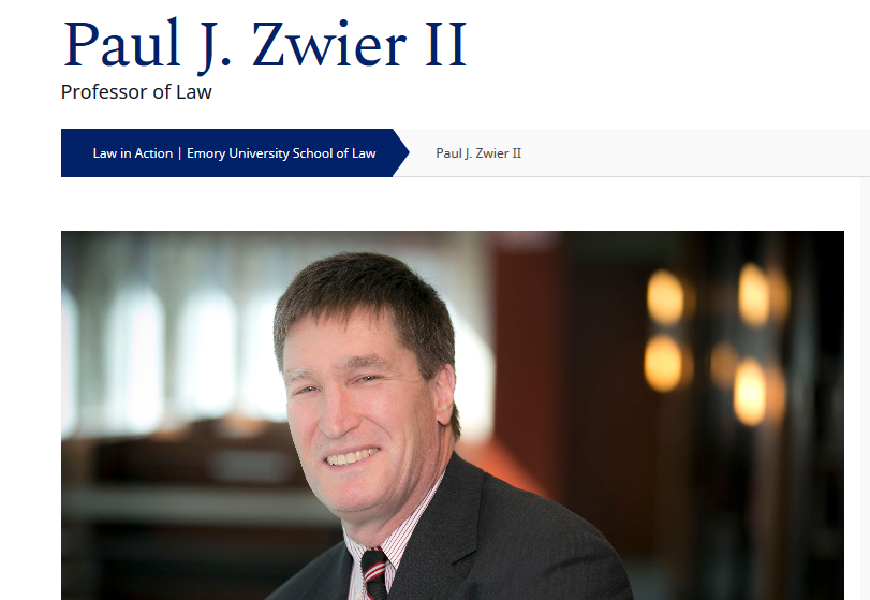 The Emory University professor who was temporarily barred from some of his teaching duties after using the "N-Word" in an academic context will return to the classroom.

In a letter published on the university website, Dean Mary Anne Bobinski announced that law professor Paul Zwier will keep his job as a tenured Emory Law School Faculty member, with the caveat that he will not teach any mandatory courses for the next school year. Bobinski explained that Zwier will be allowed to resume his research and that he would probably be back on campus before the end of the school year.

"...we have conflicting views within our community about the appropriate balance between Emory’s core values relating to academic freedom, equity, and inclusion..."

In 2018, Zwier found himself under investigation by the university after allegedly using the "N-word" in class while discussing the 1967 court case Fisher v. Carrousel Motor Hotel involving a white hotel manager who refused to serve a black patron.

[RELATED: Prof. critical of court system suspended for use of N-word]

“I’m not sure whether I used the ‘N word’ because I don’t remember consciously choosing to use the word,” Zwier wrote in a statement, on the matter. “I do remember that there was a reaction from at least one black student to my question, so I may have misspoken. I wondered to myself after class when it was brought to my attention, whether I had mispronounced negro, or said something else.”

“My intent was to eventually raise the racist slur as a possibility to set up the case we would read in the next week, where the ‘N word’ was used again,” he added. “I admit that had I used the ‘N word’ this was a mistake on my part and I have no doubt hurt and offended students who heard it or later learned that I had used the word itself. I apologized the next morning.”

Following the accusation, Zwier was suspended from teaching so that the school could conduct a full investigation. Among other sanctions, he was also required to undergo “sensitivity and unconscious bias training."

In her announcement that Zwier would be staying, Bobinski emphasized the importance of academic freedom and explained that she had made the decision after being advised by the university's Faculty Hearing Committee, which had been tasked with making recommendations on Zwier's case.

She also  cited the school's Equal Opportunity and Discriminatory Harassment Policy, pointing specifically to the clause emphasizing the "centrality of academic freedom and the University’s determination to protect the full and frank discussion of ideas" and noting that "discriminatory harassment does not refer to the use of materials for scholarly purposes appropriate to the academic context, such as class discussions, academic conferences, or meetings."

"Over the past seven months, I have had the opportunity to speak with many Emory Law community members about your concerns and about your hopes for the law school moving forward.  I recognize that we have conflicting views within our community about the appropriate balance between Emory’s core values relating to academic freedom, equity, and inclusion," Bobinski wrote.

"The law school community has carried out a number of initiatives relating to these values over the past year, including faculty workshops on understanding and communicating with students about sensitive topics, both in and out of the classroom, and a student-led session on classroom climate.  We look forward to developing new opportunities for dialogue moving forward," she added.