WVU is just one of dozens of universities nationwide that transitioned to online only classes because of coronavirus.

The incident involving the large crowd occurred as authorities are encouraging people to pratice social distancing. 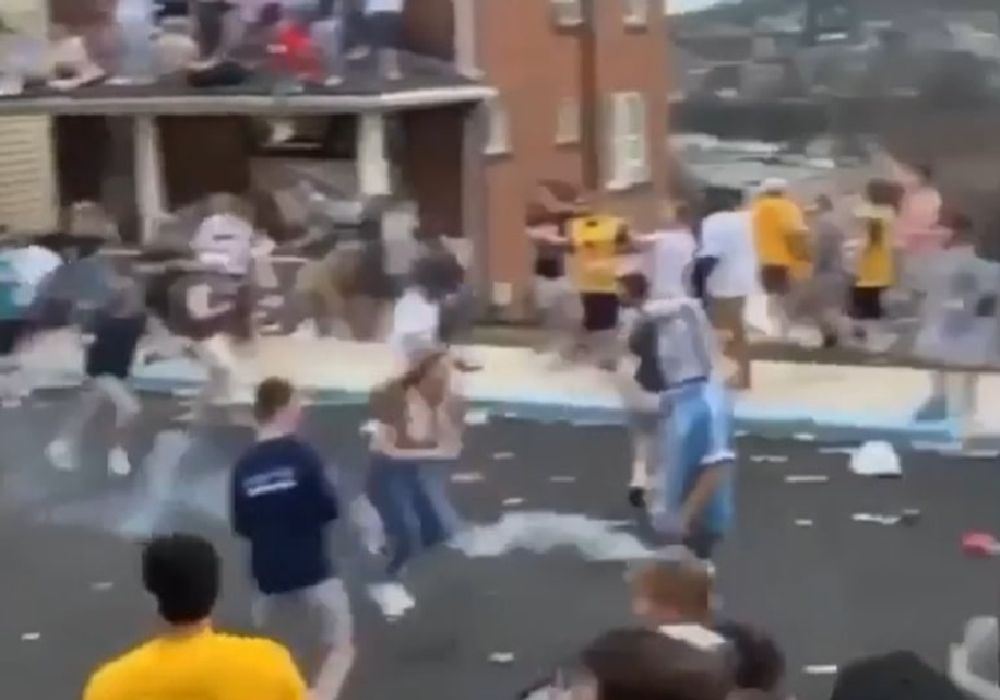 Police officers used tear gas to disperse a disruptive crowd of West Virginia University students Thursday, a press release from the Morgantown Police Department stated. The incident involving a crowd of what appeared to be at least dozens packed into a small area occurred as universities, including WVU, as well as the federal government is warning Americans to practice "social distancing" in effort to prevent the spread of coronavirus.

According to police, ten students were charged on counts ranging from nuisance party to public intoxication and underage consumption.

Officers arrived on the scene to find “a very large crowd, blocking the street, congregating on rooftops, consuming alcohol, and creating a very large disturbance in the neighborhood,” MPD reported. As officers went door to door directing students to disperse, “suspects began throwing beer bottles, beer cans and other debris at the officers.”

According to the release, officers withdrew and notified other law enforcement agencies before attempting to use a loudspeaker to disperse the crowd. However, the crowd only grew in size as suspects continued to throw objects at police. By this point, West Virginia University Police had restricted access to the area, and EMS and fire personnel were on the scene to respond in the event of injury or fire.

MPD said that warnings were issued before “officers deployed smoke grenades to the area as a means of dispersing the crowd,” but these measures were unsuccessful. Suspects continued throwing objects at police. Officers then deployed three rounds of tear gas causing students to quickly disperse, the statement continued.

The Morgantown Police Department stated that an investigation was opened into the incident and the use of force by officers. Details of the ten individuals who were charged as a result of the incident can be found on the MPD website.

West Virginia University released the following statement, reported by WBOY, which read, “it is unfortunate that some students’ behavior turned into a dangerous and threatening situation for law enforcement officers and others. This is not acceptable. We remind our students that their actions should always represent our Mountaineer values. However, this is especially true during the current novel coronavirus outbreak. It is essential that our University and other community resources be available to respond to the rapidly changing challenges of this health crisis. Those students found to have been involved are subject not only to criminal charges, but also sanctions under WVU’s Student Conduct Code.”

WVU is one of more than 100 universities nationwide that has suspended in-person classes due to the coronavirus outbreak.

West Virginia University and the Morgantown Police Department did not respond to requests for comment in time for publication.

Wyatt Eichholz is an Alabama Campus Correspondent, reporting liberal bias and abuse on college campuses. He is a student at the University of Alabama studying Economics. Wyatt is also Vice President for the UA Young Americans for Freedom chapter, and produces a podcast for the RUF ministry at UA.