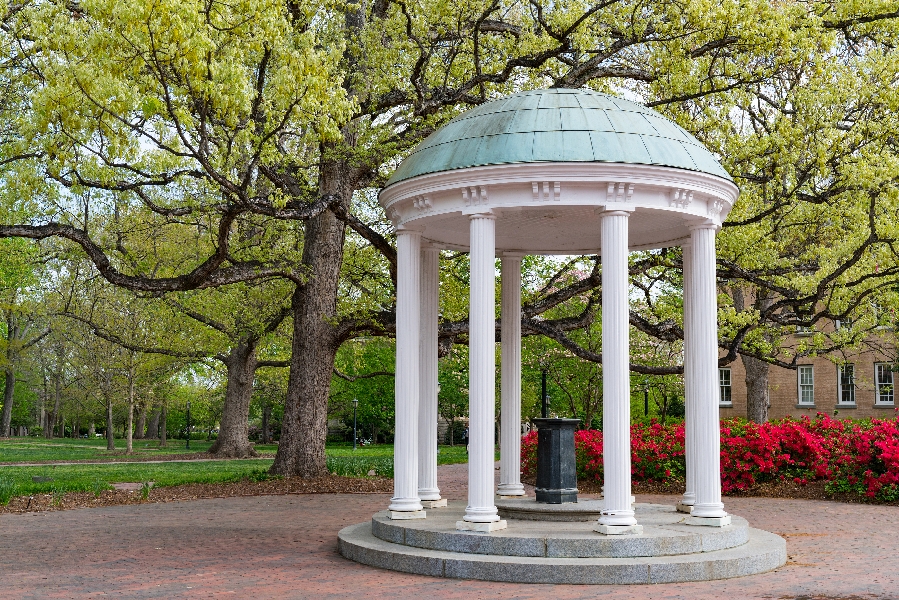 “Choosing to begin these new admissions standards this fall is due to the coronavirus canceling the SAT and the ACT this spring."

According to UNC-System spokesperson Jason Tyson, the decision to enact this new policy earlier for the fall of 2020 was due to the COVID-19 pandemic.

“Choosing to begin these new admissions standards this fall is due to the coronavirus canceling the SAT and the ACT this spring,” Tyson told Campus Reform.

“Many North Carolina high school students take their standardized testing for the first time in their junior year and then for the second time in the spring of their senior year. By taking this second test, they are able to improve their scores,” Tyson added. “However, as the coronavirus canceled the SATs and ACTs for this spring, high school seniors are at a disadvantage.”

Tyson further clarified that applicants must still submit both their high school GPA and standardized testing scores to UNC schools, but only one must meet the minimum requirement.

Campus Reform reached out to students in the UNC-System to ask them their opinion of the Board’s decision.

John Moncrieff, a junior at Appalachian State University, told Campus Reform that he was not a proponent of the decision, stating that there were “way more cons than pros” with this decision. He was concerned that the decision would result in too many students being admitted.

He added that “With the rising acceptance rate, App State is going to be seen as the new ECU, being very easy and just a party school...App State is ranked very highly in top public schools...and when all these students come in, it’s going to change all that and make us look bad.”

But Hannah Teeters, a junior at North Carolina State University, told Campus Reform that the decision was a “good and fair idea.”

“It doesn’t guarantee that more students will get into the college of their choice, but it does make college more accessible to students who have more difficulty testing or less access to academic help than other students,” Teeters explained

Hannah Billington, a senior at UNC-Asheville, told Campus Reform that she felt the UNC System has future college students' best interests in mind when making this decision. She particularly highlighted the positive effect she thought this decision would have on low-scoring, low-income rural areas.

[RELATED: Harvard to professors: Just 'trust' students not to cheat on exams]

“Although this new standard is only temporary, I feel that it has the potential to make a lasting impact on the UNC system schools, their future graduates, and high school students across the state,” said Billington.

“Standardized testing isn’t everything. It’s actually kind of jacked. I think [the System’s new minimum admission policy] is beneficial because some people just don’t test well, and I’m one of those people. I have no issues with the decision,” UNC-Chapel Hill senior Anthony Lopiccolo.

“It opens up many opportunities for students who were unable to retake the ACT or SAT because of COVID-19...it could also provide hope for students who may have a bad GPA or poor scores due to socioeconomic reasons,” said UNC-Charlotte student Jason Swaim.

Many students see the policy as positive, even without the coronavirus factor.

“It honestly looks out for the kids who can’t give their all in school, which personally I had a problem with...testing is what really knocked me over the edge for most schools. It protects the kids that maybe can’t get both, and I’m glad to see that being noticed by the board,” said UNC-Greensboro student Logan McCoy.

[RELATED: VIDEO: Higher ed expert says coronavirus is being used 'as an excuse' for easier grading]

“There are many variables that can’t be measured by the SAT and the ACT, such as time management skills and work ethic. These are some of the most important determinants of academic success at a four-year institution, and they are more accurately reflected by a high school GPA and personal statements,” said Ochs.

But UNC-Pembroke student Parker Melting believes that while the system “could be good for the next couple of years,” the standards should “go back up once we get back on our feet because the education system is dumbed down enough,”

Miller Pope, a fall transfer student to Western Carolina University told Campus Reform that “it’s definitely a good way to expand the student body of the UNC system” and that he believes this will give more people a “fighting chance to pursue higher education.” However, he added, “Current students and failed applicants will feel jaded due to the newfound inclusiveness of this process adjustment.”

Caroline Shaver is a North Carolina Campus Correspondent, reporting liberal bias and abuse on college campuses. She is a junior at the University of North Carolina at Wilmington, studying Political Science. Caroline also writes for her school’s paper, The Seahawk, and is president of her chapter of TPUSA.