The professor said these policies will protect students of parents with “extreme ideologues."

Anti-homeschooling Harvard Law Professor Elizabeth Bartholet has offered a clearer insight into her proposed ban on the practice of homeschooling. 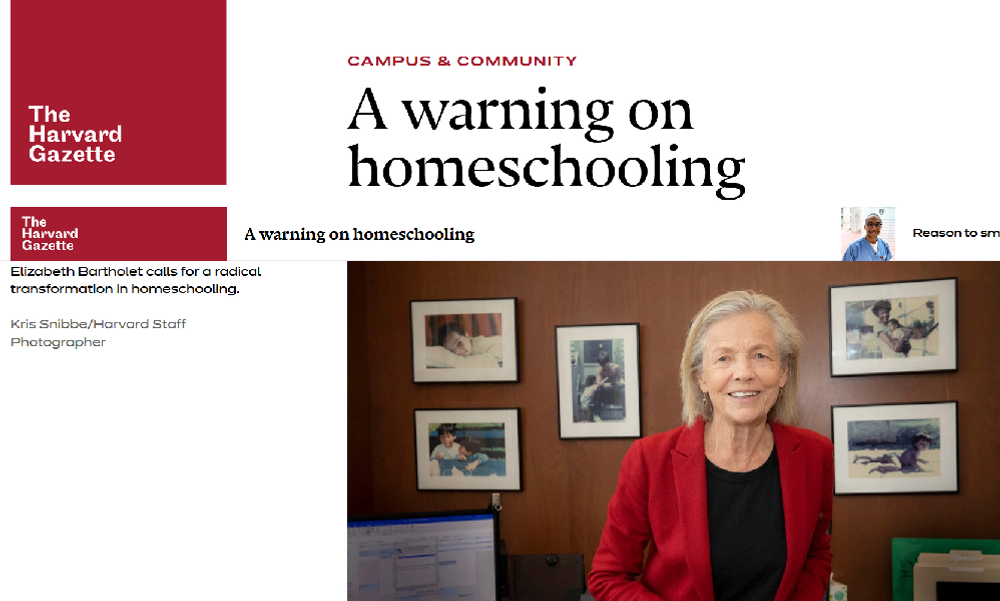 Trending
Could not load trending articles
Celine Ryan | Correspondent Editor
Monday, May 18, 2020 11:12 AM

After the school received backlash for Harvard Law professor Elizabeth Bartholet’s call for a ban on homeschooling, she’s doubling down.

The Harvard Gazette gave Bartholett a chance to clarify her statements in an interview published Friday. In the piece, titled “A warning on homeschooling,” Bartholet doubled down on her anti-homeschooling stance, proposing even stricter government regulations on the practice than in her original article.

Bartholet attributes the increased interest in homeschooling in America to the “growth in the conservative evangelical movement,” explaining that “conservative Christians” use the practice to as a way to  “escape from the secular education in public schools,” after a failed effort “to have their children exempted from exposure to alternative values in schools.”

“Many homeschooling parents are extreme ideologues, committed to raising their children within their belief systems isolated from any societal influence,” Bartholett warns, offering examples of families that “believe that black people are inferior to white people” and that “women should be subject to men.”

When offered a chance to explain her proposed “presumptive ban” on homeschooling, Bartholet offered a clearer view of how exactly she hopes to regulate the practice. Her proposed policies would effectively ban anybody from fully homeschooling their own children.

“I’d like to see a radical transformation of the homeschooling regime,” Bartholet said plainly, before explaining that parents wishing to homeschool would have to “demonstrate that they have a legitimate reason to homeschool,” as well as that they are “qualified to provide an adequate education” and that such an education would be “comparable in scope” to that of  public schools.

She goes on to explain that those parents “granted permission” to teach their own children would still be required to put their children in “at least some school courses and extracurricular activities so they get exposure to a set of alternative values and experiences.”