A Rutgers lecturer who wrote the book on Antifa is slamming President Donald Trump for his criticsm of the far-left group. 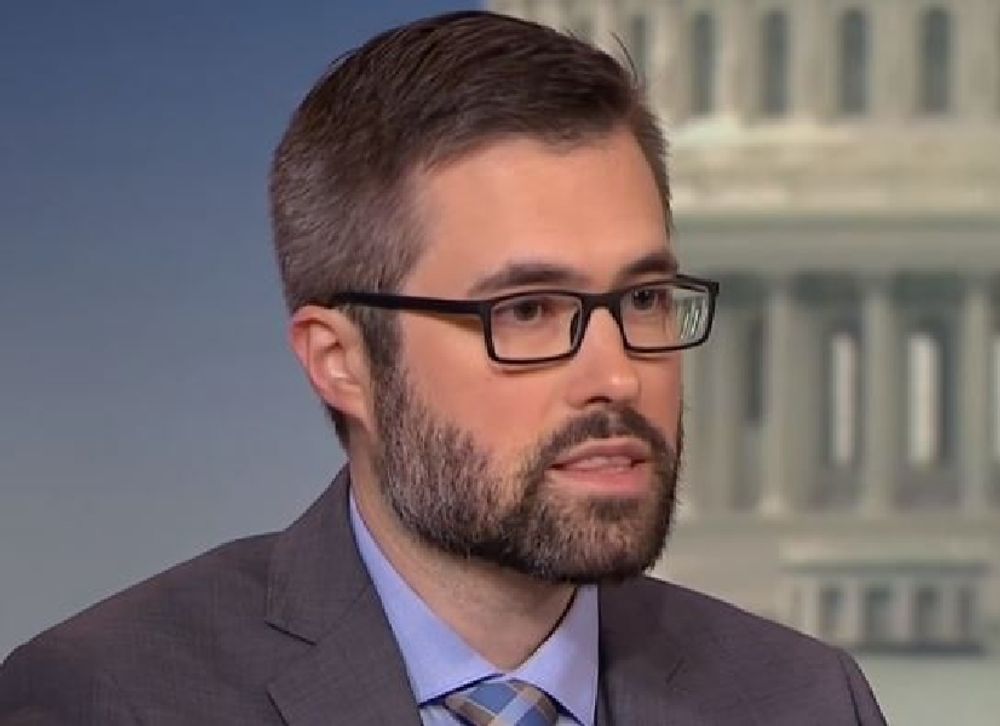 Mark Bray, a historian of human rights, terrorism, and political radicalism in modern Europe at Rutgers University in New Jersey, claims President Donald Trump’s labeling of Antifa as a terrorist organization is a cover-up for police violence.

In a Washington Post op-ed, titled, "Antifa isn’t the problem, Trump’s bluster is a distraction from police violence," Bray explains that Trump is trying “to break the connection between...anti-racist and black activism." Campus Reform has previously reported on Bray for his authorship of the book Antifa: The Anti-Fascist Handbook and his promise to donate half of the proceeds of his book sales to the far-left group. Bray appeared on NBC's Meet the Press in 2017, where he seemed to advocate violence.

Bray's employer at the time, Dartmouth College, then released a statement, saying, "Recent statements made by Lecturer in History Mark Bray supporting violent protest do not represent the views of Dartmouth... the endorsement of violence in any form is contrary to Dartmouth values."

Trump and other conservatives have stated that the riots in recent days are due to the tactics of groups such as Antifa, supported by Bray. After cities were destroyed, Trump announced that “the United States of America will be designating ANTIFA as a Terrorist Organization."

Following that statement, Bray once again came to Antifa's defense, claiming  that these “reckless accusations lack evidence” and that they are “delegitimizing militant protest and deflecting attention away from the white supremacy and police brutality."

Bray writes that Antifa is “militant anti-fascism” and “a politics of social revolutionary self-defense applied to fighting the far-right." The group, he says, started to gain attention when it “confronted white supremacists in Charlottesville." He states that this incident, in which a white supremacist drove a car into a crowd of people, “frighteningly presaged the New York police officers who drove into protesters on Saturday in Brooklyn."

He writes that he believes that most Antifa members support resisting the police along with “the targeted destruction of police and capitalist property." The number of Antifa members is indeterminate, he says, “because members hide their political activities from law enforcement and the far-right."

Bray uses these claims to support his idea that there are not enough Antifa supporters to have caused all of the damage in recent days.

"There is a significant difference between belonging to an organized Antifa group and supporting their actions online," he noted.

Trump’s designation of Antifa as a terrorist organization “seems impossible to enforce” because “Antifa itself is not an organization," Bray asserts, claiming that it is instead a “largely anarchist and anti-authoritarian Antifa groups share resources and information about far-right activity” in the U.S. and abroad.

Based upon the idea that “Antifa groups are composed of a wide range of socialists, anarchists, communists and other radicals," Trump’s declaration can “carry an ominous potential." By identifying Antifa members as terrorists, it poses the threat of “criminalizing and delegitimizing all politics to the left of Joe Biden."

Claims that the destructive riots are Antifa’s fault - a “predominantly white” group - show “a kind of racism that assumes that black people couldn’t organize on this deep and wide of a scale." Bray writes that “Trump’s misinformation aims to mislead us all." It is through blaming Antifa, “the shadowy boogeyman Trump rails against,"  that Trump is able to avoid “the root causes of Floyd’s death."

Campus Reform reached out to Rutgers University for comment but did not receive a response in time for publication.