Students across the country have asked their schools to end relationships with their police departments.

These calls come amid nationwide protests calling on entire cities to "defund the police." 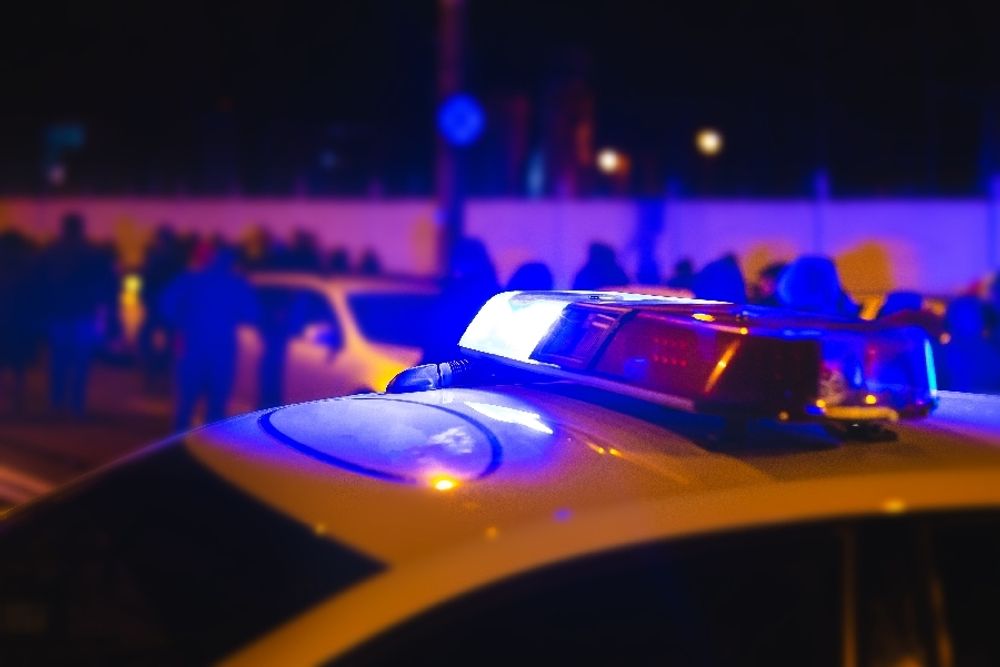 Universities around the country are facing calls to sever ties with law enforcement amid a nationwide push to "defund the police."

The University of Minnesota recently announced its intention to break ties with the Minneapolis Police Department amid criticism of the department's handling and response to the death of George Floyd. Since then, students at several other schools have made similar demands of their college administrations.

The Ohio State University student government issued a letter demanding that OSU "immediately cease contractual agreements with Columbus Police Department for any and all on-campus investigations, services, and events." The letter also called for  OSU to "no longer accept federal, military-grade resources and reduce OSUPD’s budget for expenditures that may be used for further militarization."

"Instead, reallocate the funds to further invest in student support units, such as the Office of Diversity and Inclusion, the Student Life Multicultural Center, Student Life Counseling and Consultation Services, or the Student Life Student Wellness Center," the letter adds.

An OSU spokesperson told WCMH-TV the university knows “our students are hurting” and is “inspired by their commitment to this cause.”

“We must all work together to end abuse, discrimination, bigotry, and hatred. We will be in dialogue with our student government leaders about the specific concerns they have raised.”

Students at Northwestern University in Evanston, Illinois, near Chicago, released a letter in calling on the school "to serve as a model for peer institutions and take a public stand against racist police violence by cutting ties with the EPD and CPD." The students further call to "disarm, defund, and disband the Northwestern University Police Department." The students say these are "necessary steps to ensure the physical and emotional security of Black students."

Students at Columbia University's Mailman School of Public Health are not only demanding the school cut ties with the New York Police Department, but they are also demanding that administrators donate to funds dedicated to bailing violent protesters out of jail.

"We demand that Columbia Public Health advocate against increased policing in the neighborhood of Washington Heights and Harlem as a means of 'student safety,'" the students add, because "Black students and non-students do not feel safe around police." The students want the college to "redirect funds used for policing to mental health and transportation services."

More than 5,800 people have signed an online petition calling upon Georgetown University to sever connections with local law enforcement agencies, saying it is "imperative that the university...cease all relationships with any police department.

"In light of the police brutality that continues to plague our nation (a reality that has led to the death of George Floyd and all those before him, and those that are being lost in their fight against this violence in recent protests) we cannot stand alongside the perpetrators," it says.

At the University of Iowa, more than 13,000 users have signed a petition calling on the school's president to "cut all ties between the University of Iowa and the Iowa City and Coralville Police Departments along with the Iowa State Patrol and lead the university in the quest for racial justice." The petition alleges that these police entities "disrupted peaceful protests by throwing tear gas and harming George Floyd protestors that included University of Iowa students, alumni, faculty and staff."

Alleging that "Philadelphia Police department has punished protesters on countless occasions since the city has mobilized in solidarity for George Floyd," more than 6,800 people have signed an online petition calling on Temple University to defund police.

"Temple University claims that "racism within our community is not tolerated," but they are willing to fund the very institution that suppresses the message of #BlackLivesMatter in our city," the petition states. "It is time to say it loud and clear that we as students, alumni and residents of Philadelphia firmly oppose Temple's active participation in militarizing our police force. #DefundthePolice."

"UAW 2865 joins the call issued by workers at universities and colleges all over the country to cut ties with police departments. We demand that our university defund and demilitarize UCPD and end collaboration with external police departments," the union states on its website.

Separately, faculty at UCLA called on the school to take "concrete steps that move us towards the divestment of UCLA from LAPD and other forms of policing, similar to the prompt action taken by the President of the University of Minnesota" in a letter to administrators.

"We refuse to allow our university to serve as a police outpost at this moment of national uprising and at any other time," the letter states, citing how the Los Angeles Police Department used the UCLA-operated Jackie Robinson Stadium to detain and process those arrested during protests.

More than 3,400 people have signed an online petition calling on the University of Florida to "decrease the presence of the University of Florida Police Department on campus." Also included with the demands is the call to "Increase the Black professional population by at least 5% by hiring more Black professors and administration faculty in all colleges."

The Student Government president at Marist College penned a letter to the school, demanding it “cut ties with the Poughkeepsie Police Department that has continued to oppress Black people.” The letter was then shared by the Marist College student government, the Marist Circle reported.