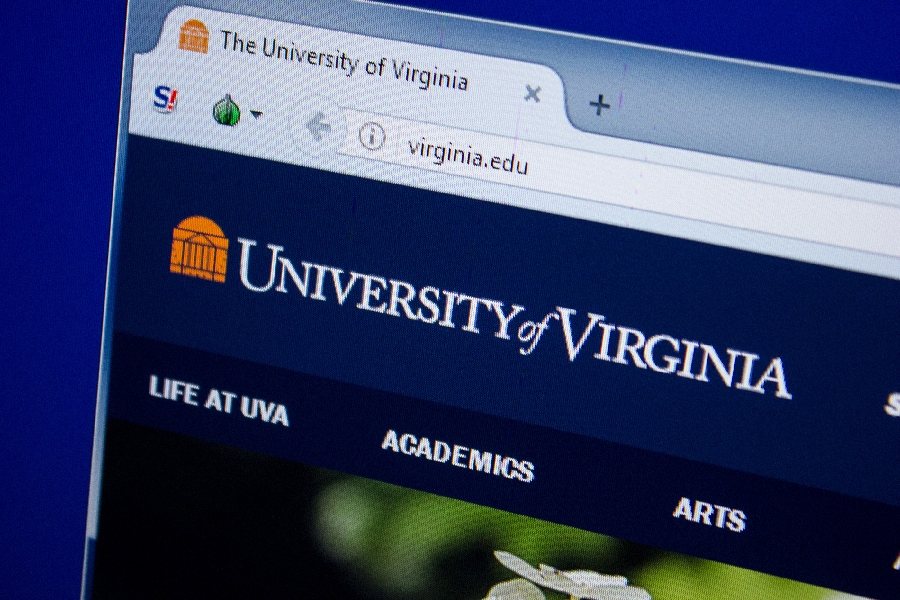 The University of Virginia is altering its athletic logo following backlash over the symbol's connection to slavery.

The logo, which had already been redesigned as recently as late April, features two sabers with ridged handles. According to a press release, these handles mimic the serpentine walls found on UVA’s grounds and will be replaced with non-ridged handles.

Carla Williams, UVA’s athletic director, said "I was made aware of the negative connotation between the serpentine walls and slavery” after the new logo’s release on April 24. She explained that the original eight-foot-high walls, which were replaced in the 1950s, were built in the 1820s to hide slave laborers from public view.

"Over the last few weeks, I have worked to better educate myself and that education will continue. There was no intent to cause harm, but we did, and for that I apologize to those who bear the pain of slavery in our history. As such, we have redesigned the logos to remove that detail. All other aspects of the logos will remain the same,” said Williams.

The announcement offered the possibility of an exchange for those who purchased apparel with the outdated logo.

Student reactions to the new change are varied.

“Personally, I believe it is a good change because it demonstrates the university’s recent willingness to acknowledge its gilded past.”

Briegel does not consider the change an example of cancel culture. He says that the alteration “is not about humiliating or shaming the university, rather recognizing its involvement in the institution of slavery.”

Briegel says that, as far as he is aware, most students are supportive of the change.

Matt Bagley, a third-year commerce major, explained that the original update to the logo in use since the mid-90s was already unpopular among the student body because it was seen as an “unnecessary change from tradition.”

However, the removal of the serpentine design “does in many ways feel forced due to blowback from a vocal minority of students.”

A third student, who asked to remain anonymous because they "can't have these snowflakes trying to get me out of the way," told Campus Reform, "it is fair to remove the walls because this is a new athletic logo; it’s not like we’ve had this addition to the logo specifically forever, so removing it doesn’t matter too much."

"However," the student added, "this sets a really bad precedent regarding the removal and revision of history at the university."

"This type of move empowers students to take a mile when they’ve been given an inch to alter the traditions and legacy of the university. Yes, you can learn about history in textbooks, but I believe that these primary, physical sources of the past are a testament to how far we have come as a university community. Even as a person of color, I do not feel oppressed when walking by relics of UVA’s history, but rather proud of our progress."

"If this revisionist cancel culture continues, they’ll have to bulldoze the entire university because of its history of oppression. In my view, you either embrace the legacy or destroy it, don’t revise it," the student explained.

Benjamin Zeisloft is a Pennsylvania Campus Correspondent, reporting on liberal bias and abuse for Campus Reform. He is studying Finance and Marketing at the Wharton School of the University of Pennsylvania. Benjamin also writes for The UPenn Statesman and the Wharton International Business Review.