The word "racist" was painted across the statue and a nearby campus sign. 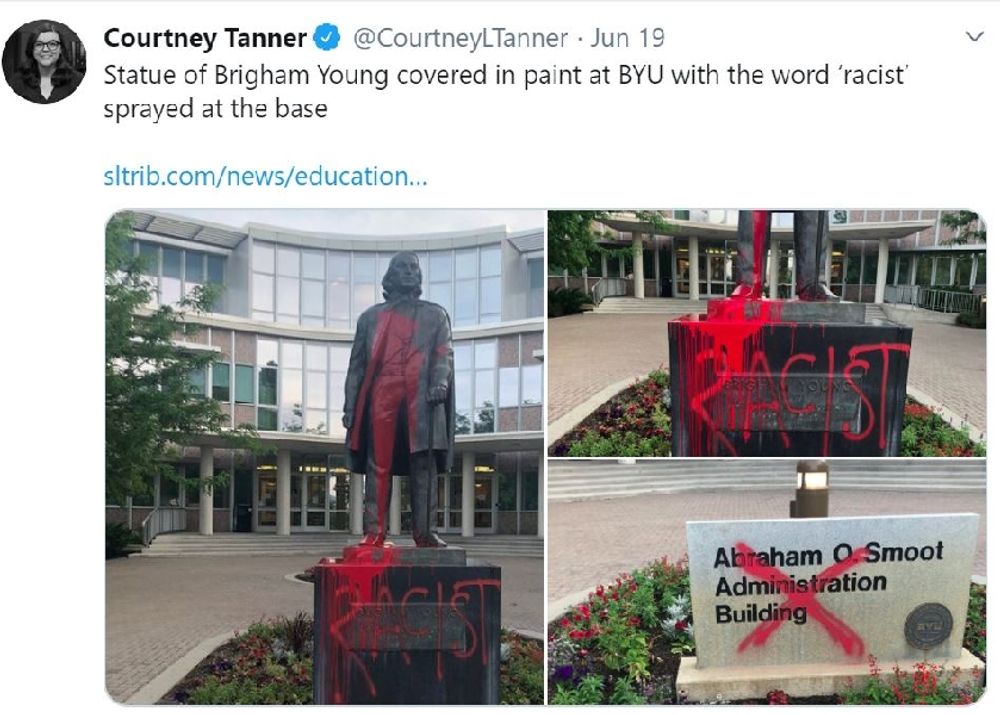 In yet another example of statues being vandalized on America's college campuses, the namesake statue at Brigham Young University in Utah was vandalized with the word "racist" written across the monument in red paint, according to the campus newspaper, The Daily Universe.

Separately, a sign marking the location of the Abraham O. Smoot Administration Building was also splattered with a red "X."

Statue of Brigham Young covered in paint at BYU with the word ‘racist’ sprayed at the basehttps://t.co/7MSqEwQgrX pic.twitter.com/DblPfbEmnc

KSTU-TV reported that BYUPD Lt. Rich Christianson said the vandalism happened sometime either late on June 14 or early on June 15.

The outlet also reported that law enforcement has not yet identified who is responsible for the act.

“It looks like they hit it and left. From video surveillance, there might be two individuals, but we’re still working on that right now," Christianson told the Provo Daily Herald.

"I am a firm believer in slavery," Young also said.

However, Young's legacy involves much more than his support of slavery. Young was among the leading 19th-century voices within the Church of Jesus Christ of Latter Day Saints, with which BYU is affiliated to this day. Following Mormon leader Joseph Smith's death in the early 1800s, Young was named as the leader of the church, the position in which he served until his death. Young was also the governor of Utah, then a U.S. territory, beginning in 1851, according to History.com.