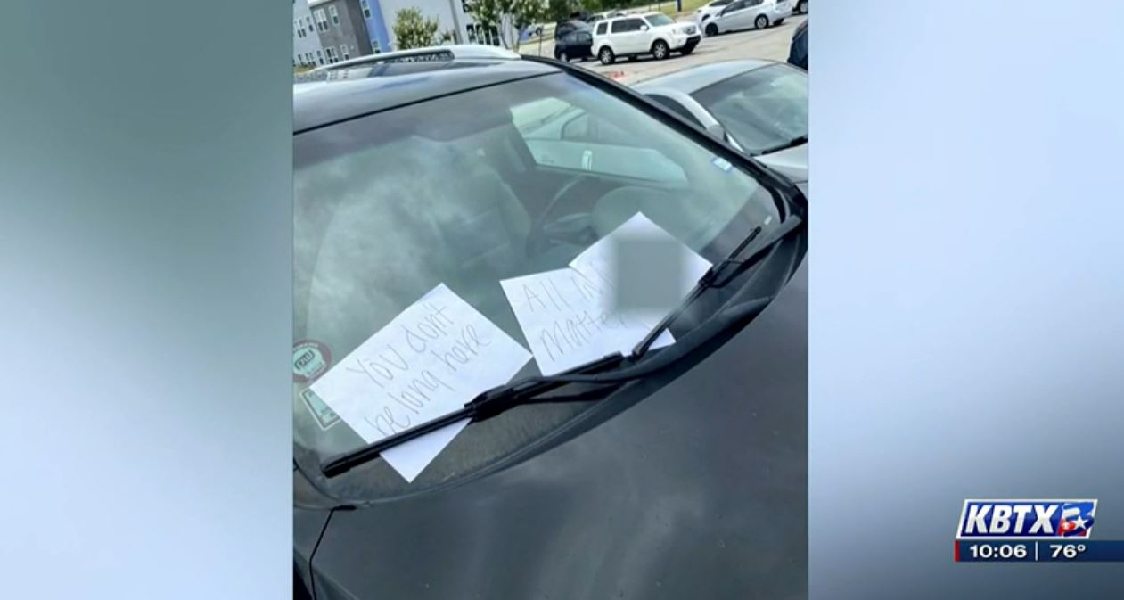 A student at Texas A&M University who reported that racist notes had been left on his car windshield is responsible for the act, police say.

KBTX-TV reported that in June, Texas A&M senior Isaih Martin alerted the university police when he allegedly discovered handwritten messages reading “All lives matter” and “You don’t belong here,” along with a third listing the N-word, on his vehicle, which he had parked at an apartment complex on the school’s property.

“For them to tell me I don’t belong here, when I have earned my spot like everybody else here, and am working to get a degree like everyone else is, that was just kind of hurtful"

Martin posted a photo of the notes to a Twitter account that has since been made private. According to KBTX, the university responded to his post, asking him to report the incident.

“For them to tell me I don’t belong here, when I have earned my spot like everybody else here, and am working to get a degree like everyone else is, that was just kind of hurtful because if anything I deserve to be here just as much as anybody else,” Martin commented at the time.

“Acts of racism are irreconcilable with the values we uphold here at Texas A&M University. Those who promote hate, discrimination and disrespect are not welcomed at this institution. We are tired of bigoted members of our community marring the experiences of students of color,” Texas A&M President Michael K. Young said in a statement following the incident.

He also announced that the university would offer a $1,200 reward to anyone who could provide information to identify the person responsible for the act.

“Let me be clear: Incidents like the one yesterday have no place at Texas A&M. Anyone who believes that hate is acceptable is not wanted at Texas A&M.”

Texas A&M police reported Thursday that, based on surveillance video footage, Martin likely placed the notes on his car himself. Footage taken from nearby cameras shows that passers-by may have come close to Martin’s car, but were only near the vehicle for a few seconds.

The police report, obtained by KBTX, reads that Martin was seen moving around his vehicle, with two different "white specks" held in the area of his chest. The footage also showed him “stepping back and onto the sidewalk in front of his vehicle, most likely taking photos and videos. He then approaches his vehicle again on the passenger side and remains there for a few moments. He is then seen walking around the front of his vehicle. Martin then enters the driver's door and drives away a few moments later. The total time spent at his vehicle is 1 minute, 15 seconds.”

No one besides Martin had sufficient time to place the notes on his car, the police concluded.

Martin told KBTX over the phone a few days ago that he would no longer be continuing the investigation with the police. He has made his Twitter account private, and he claims innocence, saying one of the people who passed by his car was responsible for the act.

Police have closed the case, as the county attorney’s office deemed that leaving the notes fell under First Amendment speech protections and did not constitute a crime. Neither would the incident be considered a false report, since the event reported was not a crime.

“As a public university, Texas A&M is limited by the Family Educational Rights and Privacy Act (FERPA) on providing specific student information and therefore will be unable to provide additional details,” the school said following the closure of the case. 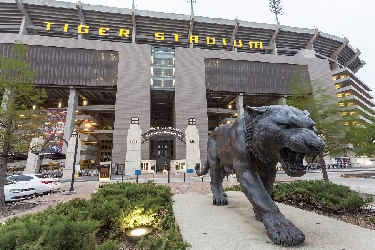