Campus Reform | Prof says those who support cops are racist

Prof says those who support cops are racist

A Creighton professor offered to “fix” a news headline about a “Back the Blue” rally to read “white supremacist rally.”

Creighton College Republicans are calling on the professor to publicly apologize.

The professor’s account has since been deleted and the university has released a statement on its Twitter page. 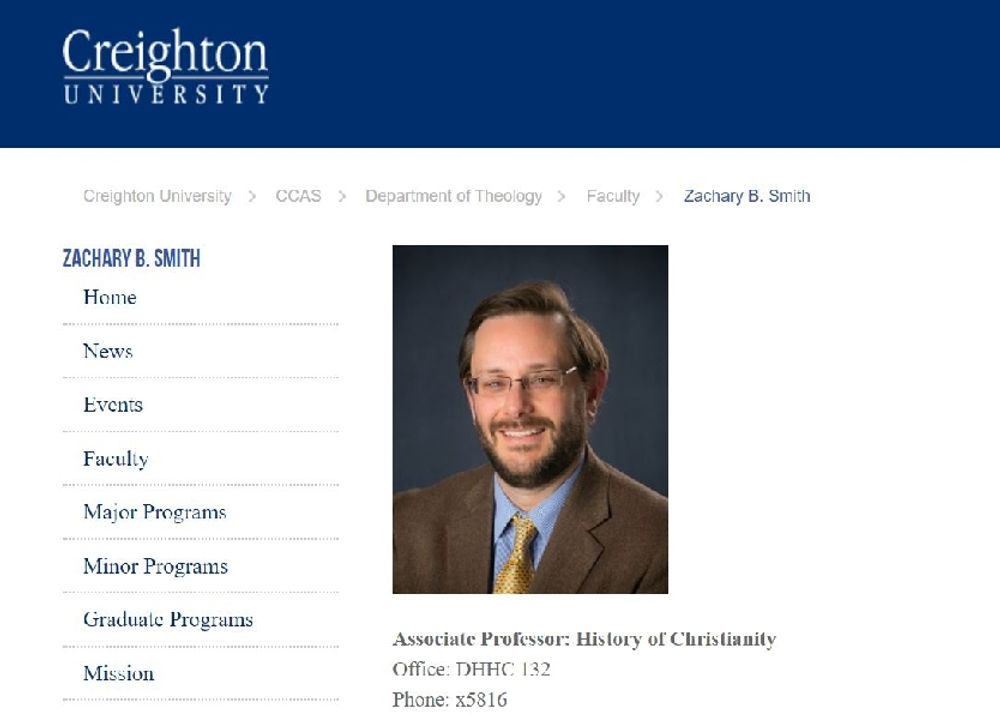 A professor at Creighton University is facing backlash after he offered to “fix” a news headline by describing a “Back the Blue” rally as a “white supremacist” rally.

“Lemme fix this headline for you, @OWHnews: “White supremacist rally in Omaha to showcase Midwestern racism” Smith tweeted in response. 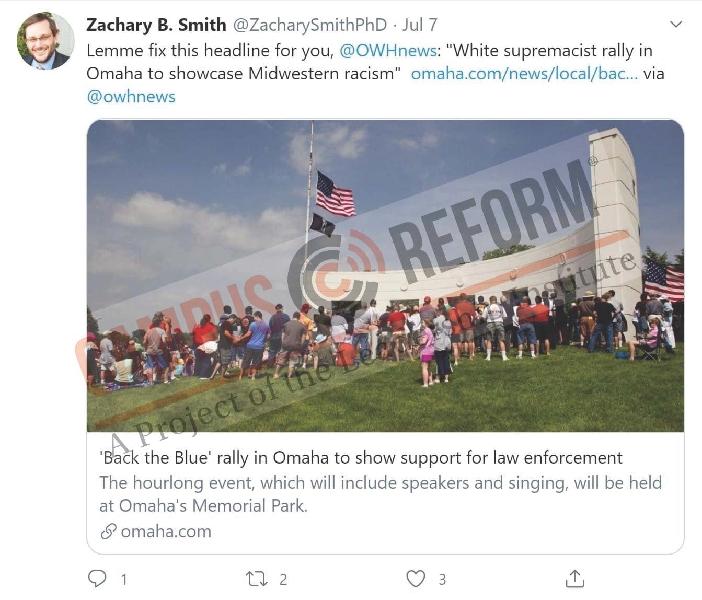 “At Creighton University, we are reminded daily of the Jesuit Values--principles that we use to guide our words and actions. ‘Men and Women for and WIth Others’ is a cornerstone of our philosophy; we are called to support the marginalized, strive for justice and live for others. Attacking law enforcement, the people who protect, defend, and pursue justice for the most marginalized among us is disingenuous and hypocritical” the statement read.

Creighton College Republicans President Henningsen, a rising sophomore studying marketing and economics with a minor in political science, told Campus Reform that he was frustrated when he saw Smith’s tweet.

“I always have been aware that Creighton is more of a liberal school, but it was very disheartening to see someone who is protected by the Omaha Police Department and the law enforcement around Creighton nullify them to such an extent where he felt the need to call them ‘white supremacists’” Henningsen told Campus Reform.

He believes this is just another example of how colleges are turning into tools for indoctrination.

“I think it shows an inherent flaw in the education system. We’ve transitioned away from traditional learning of, you’re presented with two sides of an argument or two sides of an issue - and you’re able to make up your own mind” Henningsen said. He added, “It’s something we’ve seen at college campuses over the past thirty, forty, fifty years where there’s an increasing amount of bias instead of education.”

Early Friday afternoon, just one day before the rally took place, the professor’s account was “subsequently deleted” from Twitter, according to Henningsen. Later that day, the University released a statement on its Twitter profile, stating that “the faculty member regrets his statement and sincerely apologizes for the offense it has caused.”

However, Henningsen still believes this is not enough.

“I really don’t think that’s sufficient for the situation. He should apologize publicly instead of forcing the university to do it for him” Henningsen told Campus Reform. In a statement made directly to Campus Reform, the university assured that “views expressed by a Creighton University faculty member on his personal social media account concerning the Back the Blue event are not those of the university.”

Henningsen attended the “Back the Blue” rally in Omaha Saturday and told Campus Reform that there was an overwhelming amount of support for law enforcement at the event. Henningsen also reported that “every speaker at that rally was a minority or a person of color.”

“That doesn’t sound like a white supremacist rally to me” Henningsen concluded.

Campus Reform reached out to Smith but did not receive a response in time for publication.