Demonstrations held in support of Portland protesters resulted in at least $100,000 worth of damage at Virginia Commonwealth University.

Additionally, a famous statue at Harvard was vandalized over the weekend 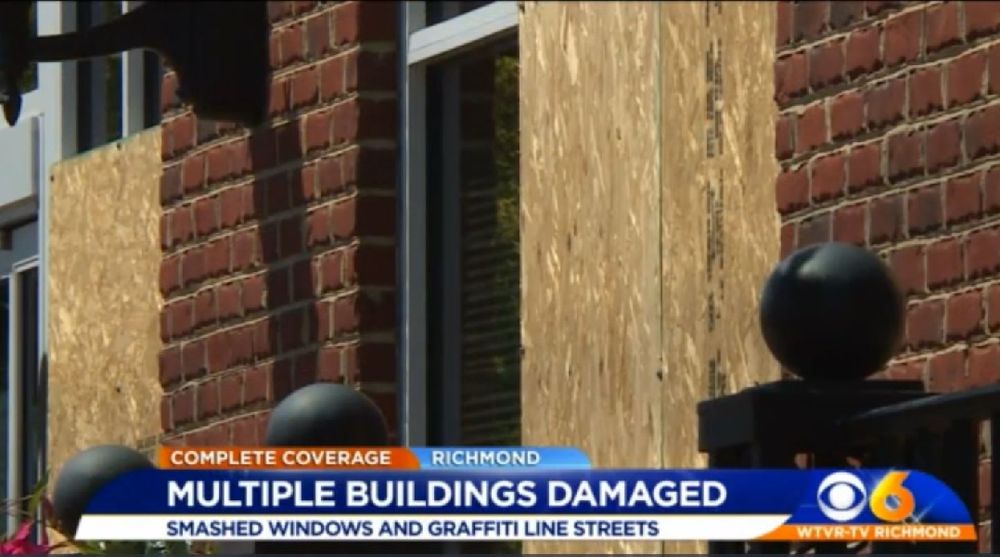 Amid protests taking place in major cities this weekend, universities were not immune to the violence.

Cities that experienced a rise in demonstrations this weekend included Portland, Oregon and Oakland, California. But violence spread to other cities, notably Richmond, Virginia, where police declared an “unlawful assembly” Saturday night, USA Today reports. The demonstrations were organized in advance and given the name of “Richmond Stands with Portland.” Six protesters were arrested on assorted charges.

On Sunday, Virginia Commonwealth University President Michael Rao told students and faculty that the school’s Monroe Park campus had been severely vandalized during Saturday’s protests. At least 80 windows were broken in at least a dozen buildings, Rao said. He said that furnishings were dragged out of the buildings and damaged, and multiple buildings were marked up with graffiti.

The wreckage resulting from the protests is expected to cost more than $100,000.

Rao reported that city and university police told the school that Saturday’s demonstrations differed from other recent, peaceful protests in Richmond: “The protest was promoted in social media and flyers to be destructive, ostensibly to support protests in Portland.”

“We are concerned about groups that promote destruction and violence co-opting important social justice reform movements,” Rao said. “VCU supports free speech and stands in solidarity with those peacefully expressing messages of social justice and equity for all people. VCU does not condone – under any circumstance – acts of violence or vandalism, regardless of the purported cause.”

Rao also said that VCU has asked the Commonwealth’s Attorney to press criminal charges against any individuals involved with the weekend’s violence.

Also this weekend, at Harvard University, an iconic statue was vandalized. WCVB-TV reports that the statue of John Harvard was spray-painted with the words “devil worship.”

WHEW what a morning in the Yard pic.twitter.com/QvHahUFK0m

The statue, a bronze replica of Harvard’s namesake and first benefactor, was erected in 1884, WCVB-TV says.

Harvard Campus Service employees covered up the graffiti on the statue Saturday morning.

Statue at Harvard vandalized and being covered up by Harvard Campus Services #wcvb pic.twitter.com/bL9qpYDdza