Prof who said doctors should be judged on merit, not race 'no longer' holds same job, colleagues say 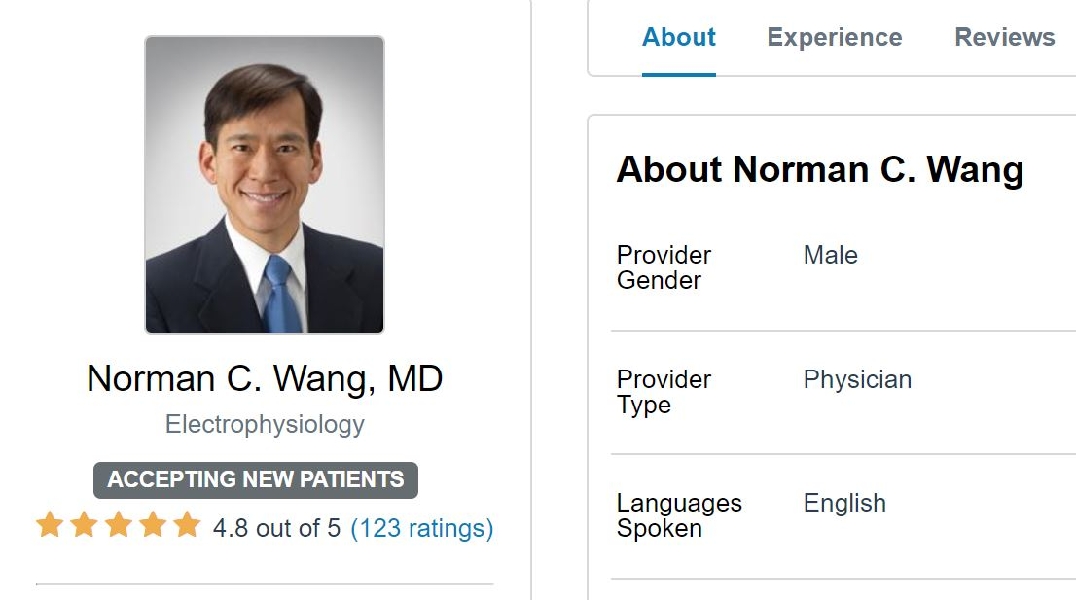 UPitt Associate Professor of Medicine Norman Wang was removed from his position as Program Director of the Electrophysiology Fellowship, according to at least two academics.  As of Wednesday, his biography on the School of Medicine’s website no longer shows the title. A Google cached preview version of his bio shows that the page previously listed him as "Director."

“the views expressed in Dr. Wang's paper do not in any way reflect those of the University of Pittsburgh Division of Cardiology or the UPMC Heart and Vascular Institute"

UPitt College of Health Sciences Associate Vice Chancellor of Academic Affairs Margaret McDonald told Campus Reform after the initial publication of this article, "There has been no change to Dr. Wang's position at the University of Pittsburgh...UPMC took action in this case, but the University did not. The University supports academic freedom, even when views expressed by faculty are inconsistent with the values of the University."

Pennsylvania State University College of Nursing Assistant Professor Jocelyn Anderson, whose faculty bio states that she completed her postdoctoral fellowship at UPMC, tweeted, "fyi: I reached out to some @UPMC contacts who confirmed as of 8/1 he is no longer a fellowship director as this paper is 'incompatible with our core beliefs about who we train and how we train them'"

This backlash, and apparent demotion, comes after Wang published a white paper in the Journal of the American Heart Association, in which he argued against affirmative action policies within the field of medicine. While many of the responses to Wang were measured and discussed the content of his paper, other responses accused Wang of racism and demanded the journal retract the piece.

On Monday, the journal released a statement announcing that it stands for “inclusivity” and that it is re-evaluating Wang’s paper.

In the paper, Wang criticized the notion that affirmative action in medicine necessarily leads to better outcomes for minority patients and asserted that merit should be the primary measure considered in medical school admissions.

Wang wrote: “There exists no empirical evidence by accepted standards for causal inference to support the mantra that 'diversity saves lives.'"  He also wrote that “ultimately, all who aspire to a profession in medicine and cardiology must be assessed as individuals on the basis of their personal merits, not their racial and ethnic identities.”

Wang quoted Dr. Faith Fitzgerald, who said, “we will have succeeded when we no longer think we require black doctors for black patients, Chicano doctors for Chicano patients, or gay doctors for gay patients, but rather good doctors for all patients."

Wang practices cardiology at the University of Pittsburgh Medical Center’s Heart and Vascular Institute.  He received his Medical Doctorate in 1998 from Northwestern University in Chicago. His research focuses on the epidemiology of heart disease.

Campus Reform reached out to Wang for comment but did not receive a response in time for publication.