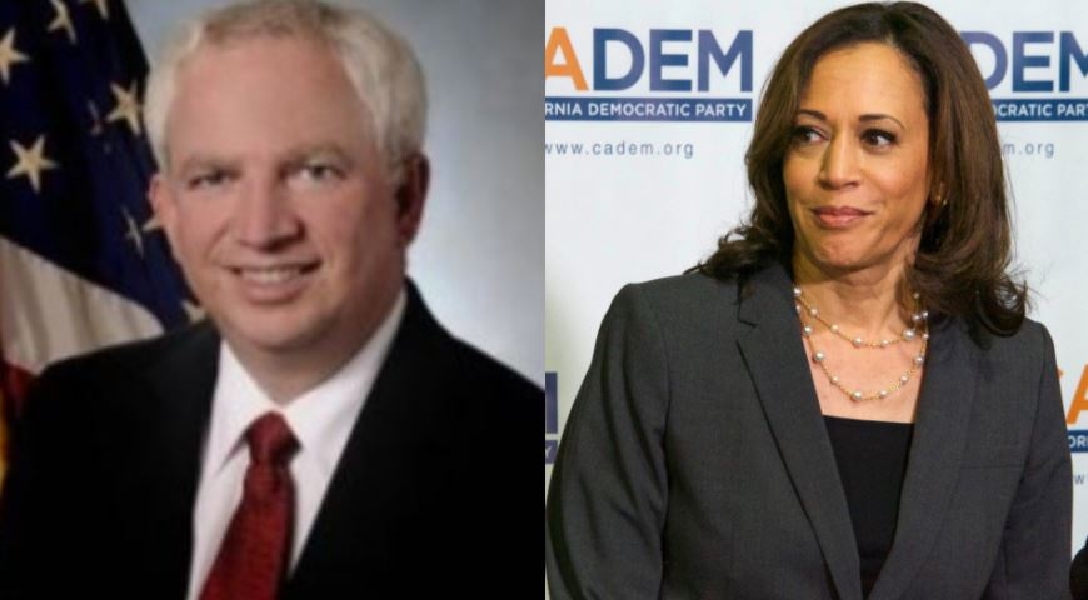 Chapman University constitutional law professor John Eastman penned an opinion editorial in Newsweek analyzing whether Sen. Kamala Harris (D-Calif.) is eligible to become vice president since her parents may or may not have been U.S. citizens when she was born.

"I did not challenge the fact of her birth in Oakland. Indeed, my article specifically acknowledges that. The issue, then, is simply a legal one."

[RELATED: Profs targeted for standing up to the left]

Harris’s father and mother were born outside of the United States — in Jamaica and India, respectively — and neither was a naturalized citizen at the time of Harris’s birth in Oakland, California. However, Eastman explained that the important question is whether Harris’s parents were lawful permanent residents at the time of her birth.

"The 14th Amendment doesn’t say that all persons born in the U.S. are citizens. It says that '[a]ll persons born or naturalized in the United States and subject to the jurisdiction thereof' are citizens. That second, critical, conditional phrase is conveniently ignored or misinterpreted by advocates of 'birthright' citizenship," von Spakovosky wrote. "Critics erroneously believe that anyone present in the United States has 'subjected' himself 'to the jurisdiction' of the United States, which would extend citizenship to the children of tourists, diplomats, and illegal aliens alike."

However, von Spakovosky argued, "It is just plain wrong to claim that the children born of parents temporarily in the country as students or tourists are automatically U.S. citizens: They do not meet the 14th Amendment’s jurisdictional allegiance obligations. They are, in fact, subject to the political jurisdiction (and allegiance) of the country of their parents. The same applies to the children of illegal aliens because children born in the United States to foreign citizens are citizens of their parents’ home country."

Amid the backlash to Eastman's op-ed, Newsweek added a note acknowledging that “some readers reacted strongly," seeing it as an attempt to ignite a racist conspiracy theory. The note explained that the essay has no connection to “birther-ism,” the term coined ahead of the 2008 presidential election to refer to the conspiracy theory that Barack Obama was born in Kenya, not Hawaii. Instead, Newsweek stated that Eastman's op-ed is purely focused on the ongoing debate about the original meaning of the Citizenship Clause and other constitutional issues.

Since we are bringing back (hardcore racist) Birtherism, quick question: has anyone actually seen Donald Trump's long-form birth certificate? He claims to be born in Queens in 1946, but what if he was just ashamed of being born in Germany in 1944?

Seth Masket, a political science professor at the University of Denver, told Eastman, "this is disgusting. You embarrass yourself."

Stop it. This is disgusting. You embarrass yourself.

David Darmofal, who teaches political science at the University of South Carolina, said "I reported his tweet for spreading false information about an election & I encourage others to as well."

I reported his tweet for spreading false information about an election & I encourage others to as well.

Other users, including prominent political analyst Bill Palmer, encouraged social media users to report Eastman to Twitter and boycott Chapman University “until they fire him.”

If this racist piece of shit John Eastman is still employed by Newsweek or Chapman University by the end of the day, we need to boycott them both until they fire him.

Campus Reform asked Eastman to respond to claims that his op-ed is rooted in racism and birtherism. He called those claims “nonsense.”

“I have been doing scholarly work on this subject long before Kamala Harris came into the mix,” said Eastman. “And unlike the ‘birtherism’ claims against Obama, I did not challenge the fact of her birth in Oakland. Indeed, my article specifically acknowledges that. The issue, then, is simply a legal one. Are the children born to parents who are on only temporary visitor status (such as on a student visa) automatically citizens under the 14th Amendment?”

Eastman acknowledged that the answer to this question is simply “a factual issue to which I do not know the answer.”

He “quite explicitly noted that if either of her parents had acquired lawful permanent residence status by the time of her birth, then she would be a citizen pursuant to the Supreme Court’s holding in the Wong Kim Ark case.”

In response to Twitter users calling on Chapman University to discipline him, Eastman commented, “The fact that Twitter trolls try to silence reasoned argument with which they reflexively disagree should not (and has not) resulted in Chapman itself joining the herd to silence me.”

Eastman says that this is as it should be“if higher education’s search for truth mission and academic freedom are to continue to have meaning. If not, then the problems we face as a society are much more profound and distributing than the reaction to a single article raising serious constitutional questions."

Jamie Ceman, vice president of strategic marketing and communications at Chapman University, told Campus Reform that “Views expressed by Chapman faculty are their own."

Campus Reform also reached out to the professors mentioned in this article as well as the Biden-Harris campaign.

Campus Reform reached out to McManamon for comment on Harris' eligibility but has not heard back.