Mount Holyoke College has announced that this year’s literary theme will be New York Times’ 1619 Project.

Pulitzer-winning historians have condemned the project as historically inaccurate. 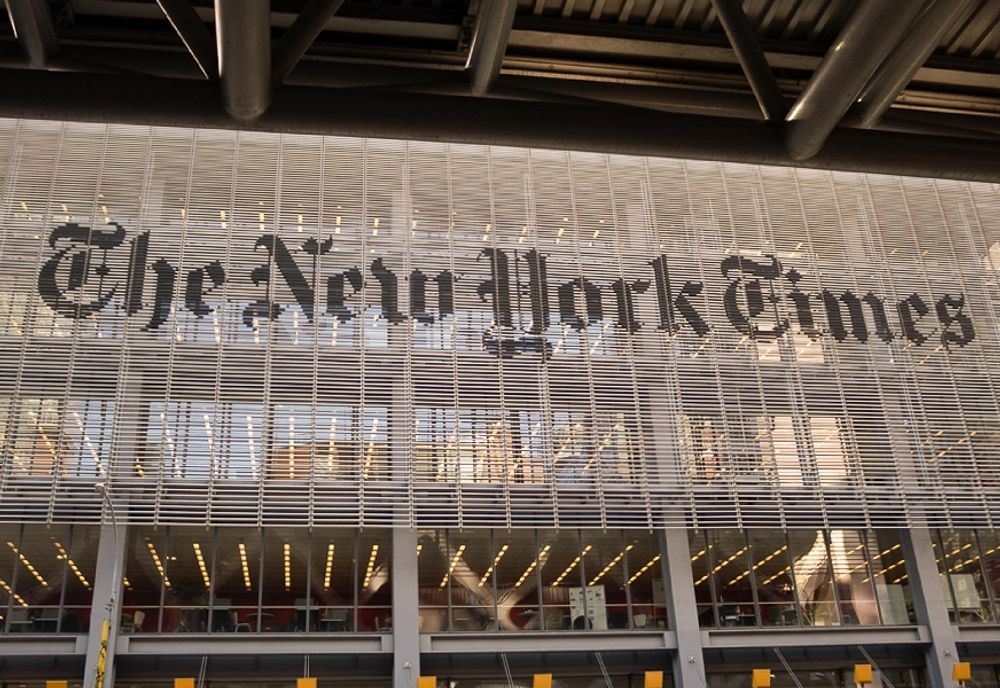 The New York Times' debunked 1619 Project will be the literature that “sets the tone” for the year at one Massachusetts college.

The program “sets the tone for the community” and “helps collectively frame discussions for the upcoming academic year.”

Published in August 2019, The 1619 Project is a series of essays meant to commemorate the 400th anniversary of the first arrival of slaves in modern-day Virginia. It has been widely criticized for its claims that America was founded on the basis of preserving slavery.

Another Pulitzer-winning historian, Princeton University Professor Emeritus James McPherson, said that the essays are an “unbalanced, one-sided account” that “left most of the history out.”

An essayist for The 1619 Project, Nikole Hannah-Jones, was awarded the 2020 Pulitzer Prize for commentary. Jones slammed her project’s critics as “old, white male historians,” who are just “mad at the 1619 Project for pointing out the racism of our founders and one Great Emancipator.”

“We understand the relevance of The 1619 Project now in light of the significant impact of the global movements for #BlackLivesMatter and #SayHerName, which has ultimately challenged us to think more deeply about experiences described by our Black, Indigenous and People Of Color (BIPOC) members of the Mount Holyoke Community,” wrote Mount Holyoke.

“We acknowledge that The 1619 Project is United States-centric, and yet we feel it is essential to foundationally understand the racial hierarchy that exists and remains pervasive globally, but particularly at American higher education institutions,” it added. We believe that if our Mount Holyoke community is to challenge and change the structures of systemic racism, racial injustice and white supremacy - at and within our own College and outside of it - we must all understand the roots of these injustices.”

In a news update posted by the college, some of the selection committee members offered their thoughts on The 1619 Project.

Dean of Studies and Director of Student Success Initiatives Amber Douglas was excited about the choice, saying “Now, more than ever, it is essential that we as a community, engage with the history of the transatlantic slave trade and its enduring legacy of systematic anti-Black racism, oppression and violence in this country."

“For me, The 1619 Project felt urgent before the marches and protests that followed the killing of George Floyd by the Minneapolis police,” said assistant professor of politics Ali Aslam “My hope is that we can grasp, with the help of the essays, just how pervasive and deeply ingrained slavery and its legacy are in American culture, norms and ideals.”

The college only selected a few essays from the project, including “The Idea of America” by Nikole Hannah-Jones, “Capitalism” by Matthew Desmond, “A Broken Healthcare System,” by Interlandi Jeneen, “Traffic,” by Kevin M. Kruse, “Undemocratic Democracy” by Jamelle Bouie, “Medical Inequality,” by Linda Villarosa, “American Popular Music,” by Wesley Morris, “Sugar” by Khalil Gibran Muhammad, “Mass Incarceration,” by Bryan Stevenson, and “The Wealth Gap” by Trymaine Lee.

Editor's note: A previous version of this article mistakenly attributed a quote from Nikole Hannah-Jones. The quote was initially attributed to Ida Bae Wells, which is Jones' Twitter display name. Wells was an 18th and 19th-century journalist and civil rights leader.