'This is about power': Cabot Phillips on 'cancel culture' in education 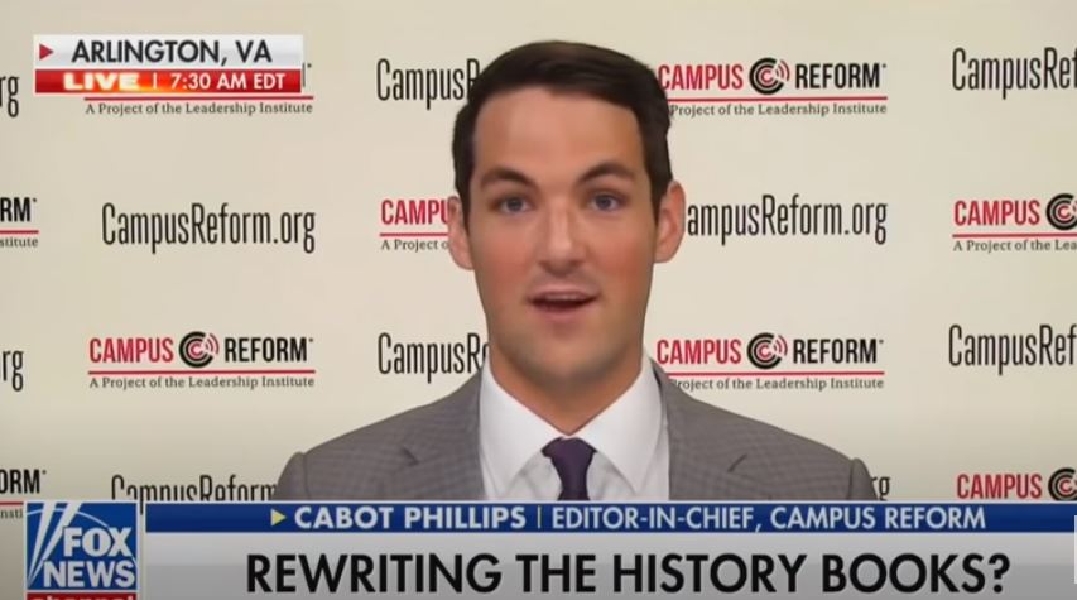 Campus Reform Editor-in-Chief Cabot Phillips recently joined Fox and Friends to discuss the implementation of revisionist history in schools, and how "cancel culture" prevents many from speaking out against it.

Touching first on the long term impact of cancel culture, Phillips said “The ultimate goal is power and controlling completely the narrative that’s being taught on campus. Cancel culture is simply a means of achieving that power. They know if they can compel anyone into silence by threatening them and by name-calling, they can get what they want because there won’t be substantive debates taking place.”

“This is a revisionist history that Pulitzer winning historians who are actually experts have called a work of fiction."

[RELATED: NYT's 1619 Project will 'set the tone' for the school year at Massachusetts college]

Touching next on the use of the New York Times’ 1619 Project in K-12 schools, Phillips added, “This is a revisionist history that Pulitzer winning historians who are actually experts have called a work of fiction. But anyone who doubts that, they’re instantly called a racist and so this project is being implemented without a fight.”

“We’re allowing the New York Times to educate many of our young people in this country and that fight is not happening in large part because of cancel culture. That’s what’s happening in our education system and that's why this is so pervasive and so dangerous."

Noting the pushback against anyone who questions the implementation of leftist narratives in our classrooms, Phillips noted “how the second you offer any critique, it’s instantly ‘you must be a racist.’ See what happens, ‘if you disagree with us, you must be a terrible bigot and a racist,’ and that’s what stifles conversation. That’s what keeps experts in the field form speaking up because they don’t want to have their careers ruined. A lot of parents feel the same way, they don’t want to go in and ask about the curriculum in their student’s classroom because they don’t want to look like they’re against the social justice narrative of the left.”