Many of these academics appeared to celebrate the commander-in-chief's diagnosis. 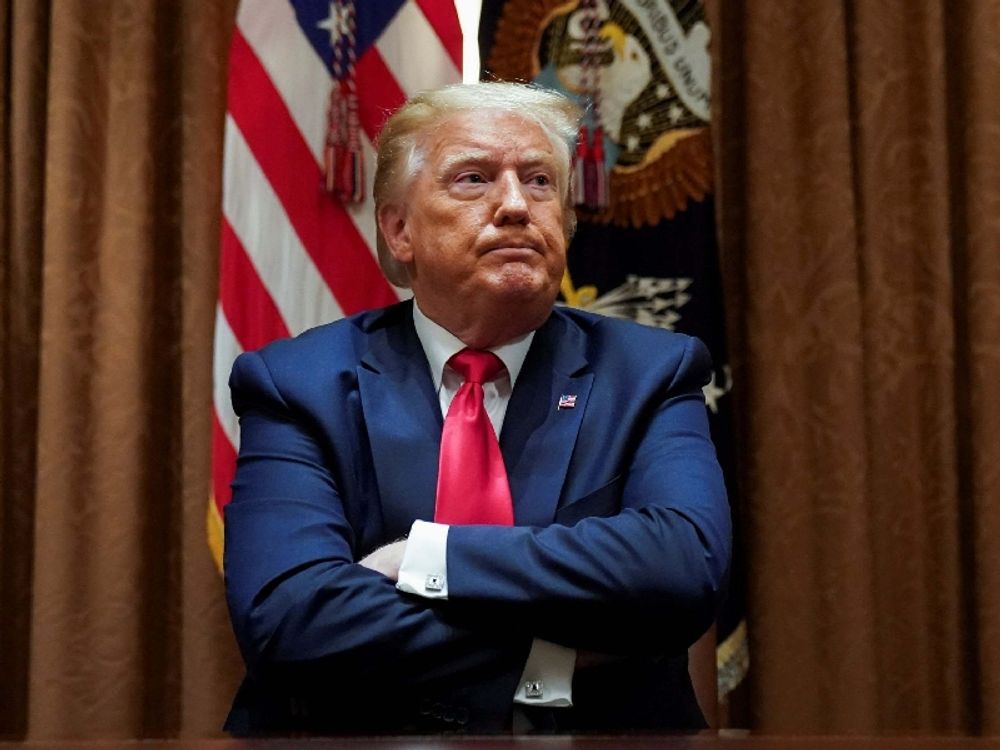 After President Donald Trump announced early Friday morning that he and First Lady Melania Trump tested positive for COVID-19, professors from around the country took to social media to celebrate.

On Thursday, counselor to the president Hope Hicks tested positive for the coronavirus. Shortly afterward,  Trump announced that he and Melania had also received a positive test result.

Upon hearing this news, University of Michigan economics professor Susan Dynarski stated that she had “been an atheist for nearly 40 years, but perhaps there is a God.”

I've been an atheist for nearly 40 years

but perhaps there is a Godhttps://t.co/jDjHgd5UlD 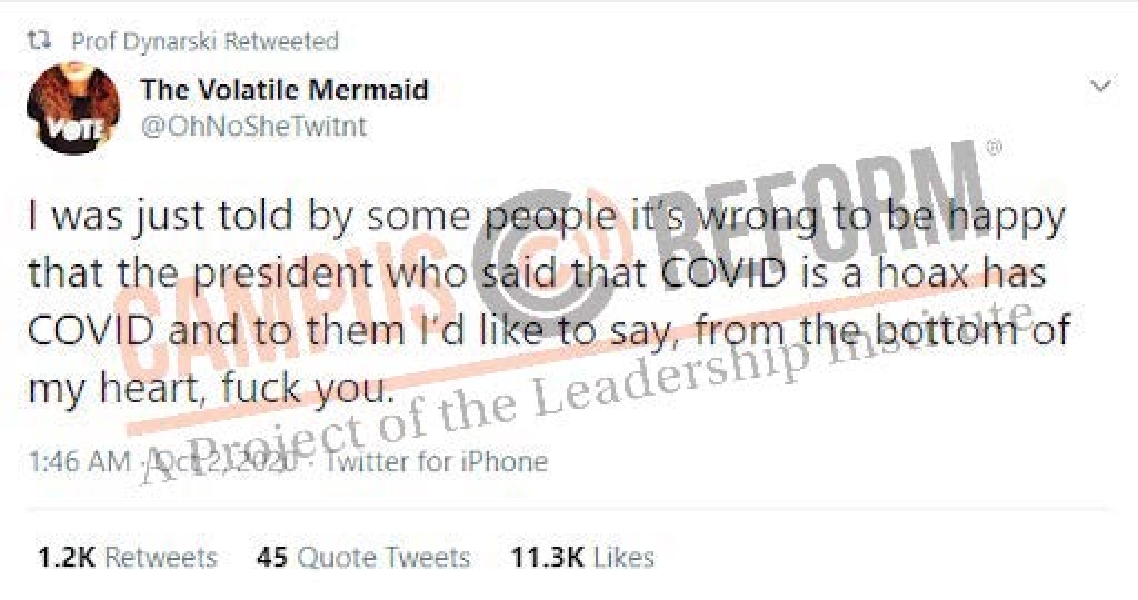 Louisiana Tech professor Drew McKevitt tweeted, "I thought we had all agreed we wanted to see him die in prison."

University of Pennsylvania professor and Catholics for Biden co-chair Anthea Butler asked if it was “too late to open a bottle of champagne.”

Butler's tweet came before Trump had announced he and the first lady tested positive, but after the president announced he would go into quarantine while awaiting his test results.

He has COVID. He has likely infected his family. He had the gall to undermine Fauci, the effrontery to lie about COVID-19, and the inhumanity to dismiss the deaths of hundreds of thousands of people — among innumerable dastardly deeds. His hubris is astounding.

Ibe told Campus Reform that she did not mention the president’s “hubris to make light of the situation,” clarifying that she does not wish COVID-19 on anyone or take joy in Trump’s diagnosis.

Instead, she explained that her comments were “fundamentally rooted in his own behaviors: his well-documented public downplaying of COVID, his mockery of Vice President Biden’s insistence on wearing a mask, his persistence in undermining sound public health responses to a novel disease we are still in the midst of learning about, and a host of other deeply problematic and false statements he has made concerning who it affects and how to treat it.”

“As President, he owes it to himself and to this country to model best- practices concerning how to prevent the transmission of this deadly disease,” said Ibe. “To knowingly flout the truth, believing oneself to be invincible, is the essence of hubris.”

Northwestern University journalism professor Steven Thrasher said that his “head aches with laughter” after the diagnosis was announced. 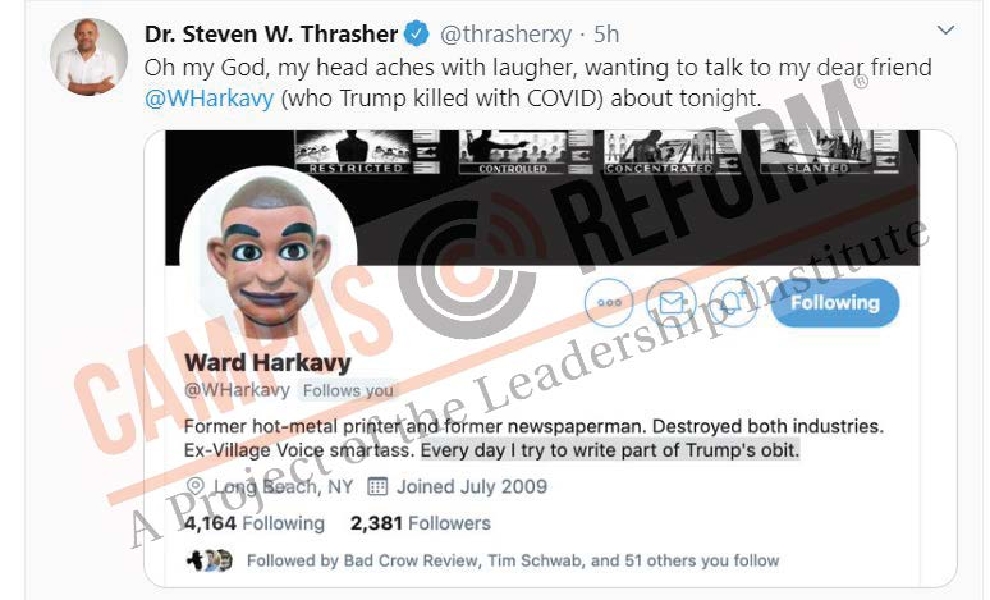 Thrasher told Campus Reform that a close friend of his passed away from COVID-19.

“I don't know if you've ever buried someone--I've buried a few--but this death was especially enraging because it was preventable,” explained Thrasher. “So my head ached with laughter with the frustration and absurdity of being unable to talk to them, to tell them how the story has developed, that the person who killed them has now come for himself.”

He added that it is “It is absurd, and one must laugh or cry. I've cried a lot this summer over my dead friends. At times, I laugh at the absurdity that they needlessly died, and that the man who killed them is so callous, he is coming for himself.”

Campus Reform has reached out to all of these professors for comment and will update this article accordingly.